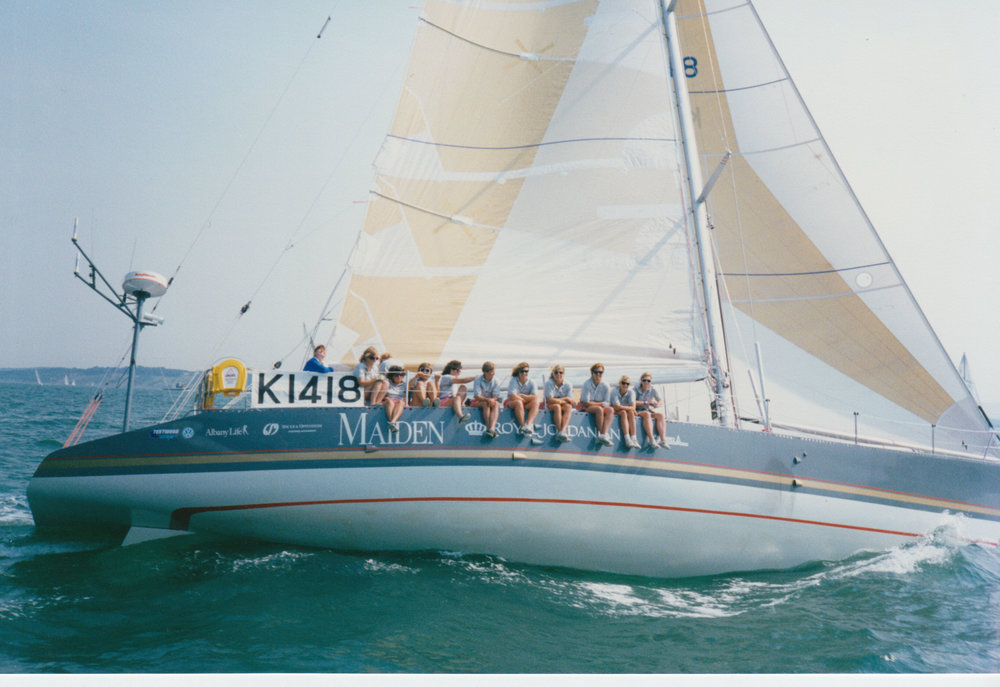 Maiden with its original crew in 1990. Image courtesy of the Maiden Factor.

Thirty years ago, a young British woman changed the face of competitive sailing. Tracy Edwards wanted to join the crew of a yacht competing in the Whitbread Round the World Race, but the only position she was even considered for was cook. Fed up and determined to get out of the galley, she decided to skipper her own, all-women crew—an announcement that was met with varying degrees of derision and disinterest. Undeterred, she eventually secured sponsorship from King Hussein I of Jordan and, on May 28 1990, Maiden crossed the finish line, not only changing the position of women in the sport, but coming second in her class (a feat only achieved once before by a British team, and never since). 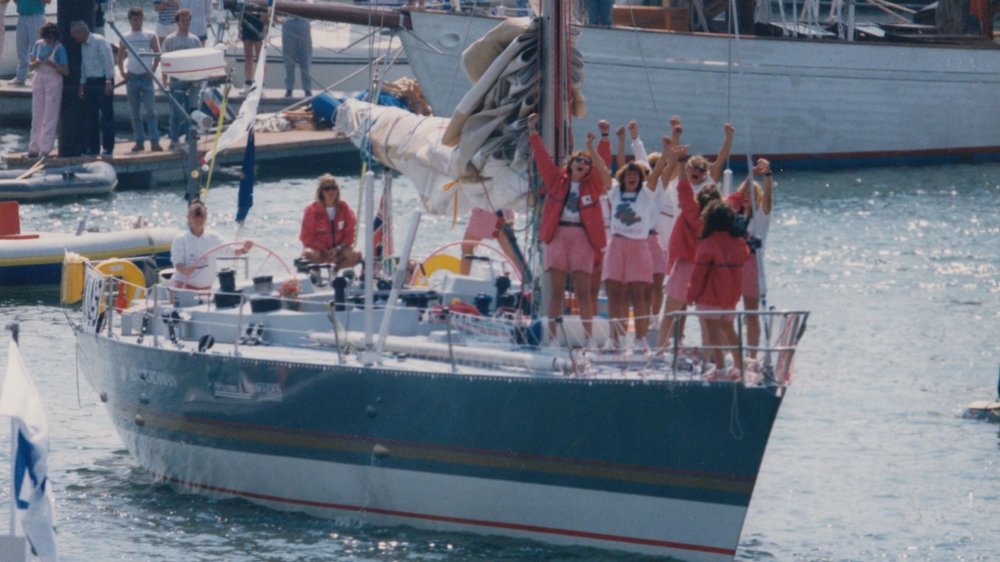 Tracy Edwards aboard the Maiden in 1990. Image courtesy of the Maiden Factor.

Edwards sold Maiden after the race (there were many bills to pay) and the yacht was all but forgotten until 2014, when it was discovered rotting in the Seychelles and headed for the scrapyard. But Maiden was too important a piece of history—for women, for the U.K, and for sailing—for Edwards to stand by and watch her sunk.

Fast forward five years and I’m sitting on the deck of Maiden, moored in Vancouver’s Coal Harbour marina. She cuts quite a dash; sleek and beautiful, and lovingly restored. The all-women crew are sunswept, relaxed, and deeply proud to be involved in the next chapter of this storied yacht’s life—The Maiden Factor. With help from King Hussein’s daughter, Princess Haya Bint Al Hussein, Edwards was able to fully restore Maiden and relaunch her as a social enterprise project dedicated to the empowerment of women and girls through equality. As part of The Maiden Factor Foundation, it is currently on a year-long sail around the world fundraising for charitable partners whose mandate is to either educate and empower girls, or to lobby for access to education for all girls currently denied that right. 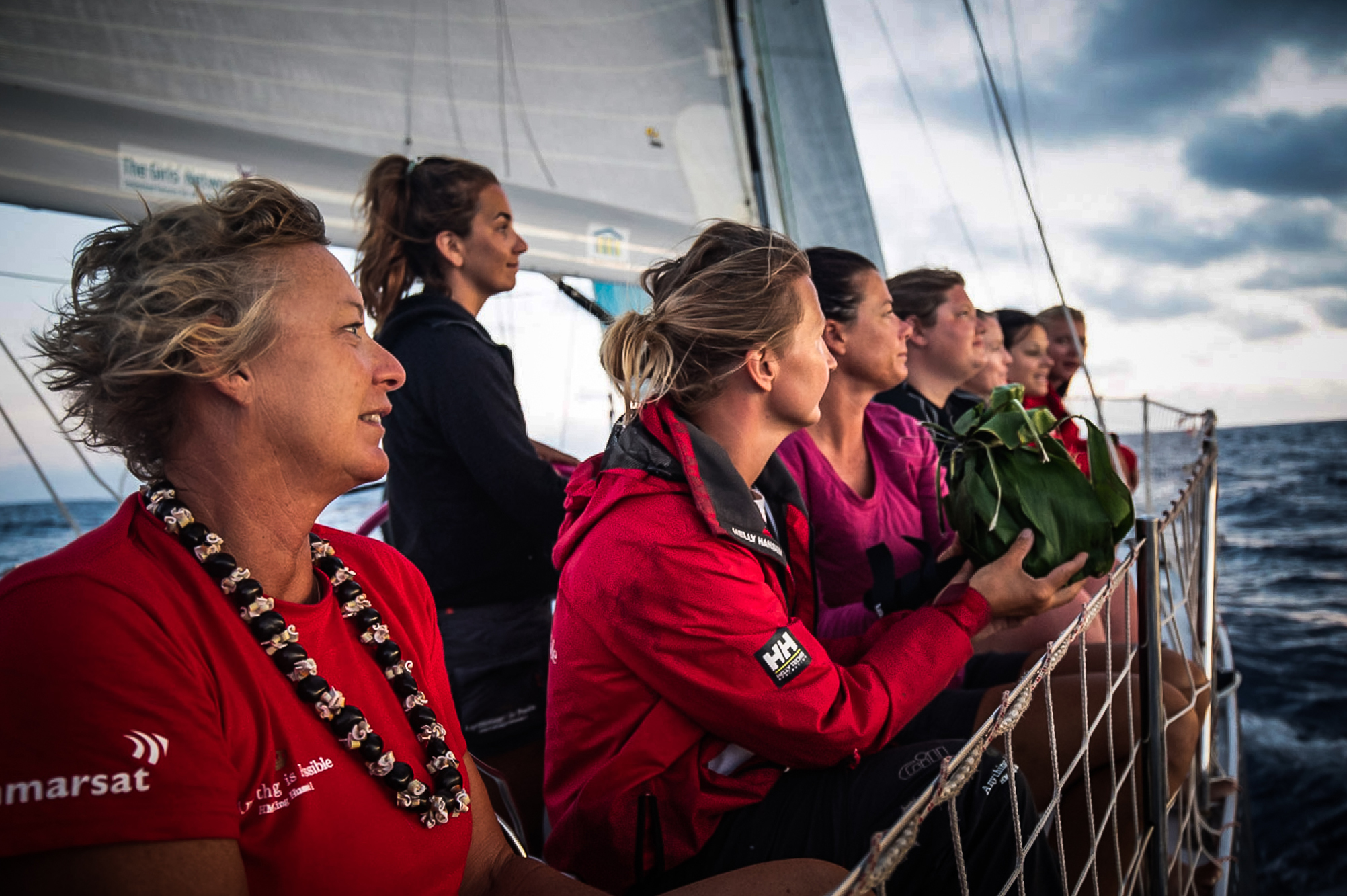 Today’s all-female crew on the rescued and restored Maiden. Image courtesy of the Maiden Factor.

“It’s much more luxurious than it was when it was racing,” skipper Wendy Tuck notes, as she walks me through below deck quarters, where the crew’s tiny bunks are tucked. Four of the crew are permanent, with the other positions filled by young yachtswomen who join for specific legs (Vancouverite Theresa Reidl worked the recent Honolulu to Vancouver route).

Perhaps in recognition of Edwards’ early outrage, Tuck has created a rota that means the cooking is shared equally by the crew. The only other acknowledgement that everyone on board is female, is a rule forbidding the brushing of hair below deck. “We can’t have the bilge pump clogged,” Tuck explains. 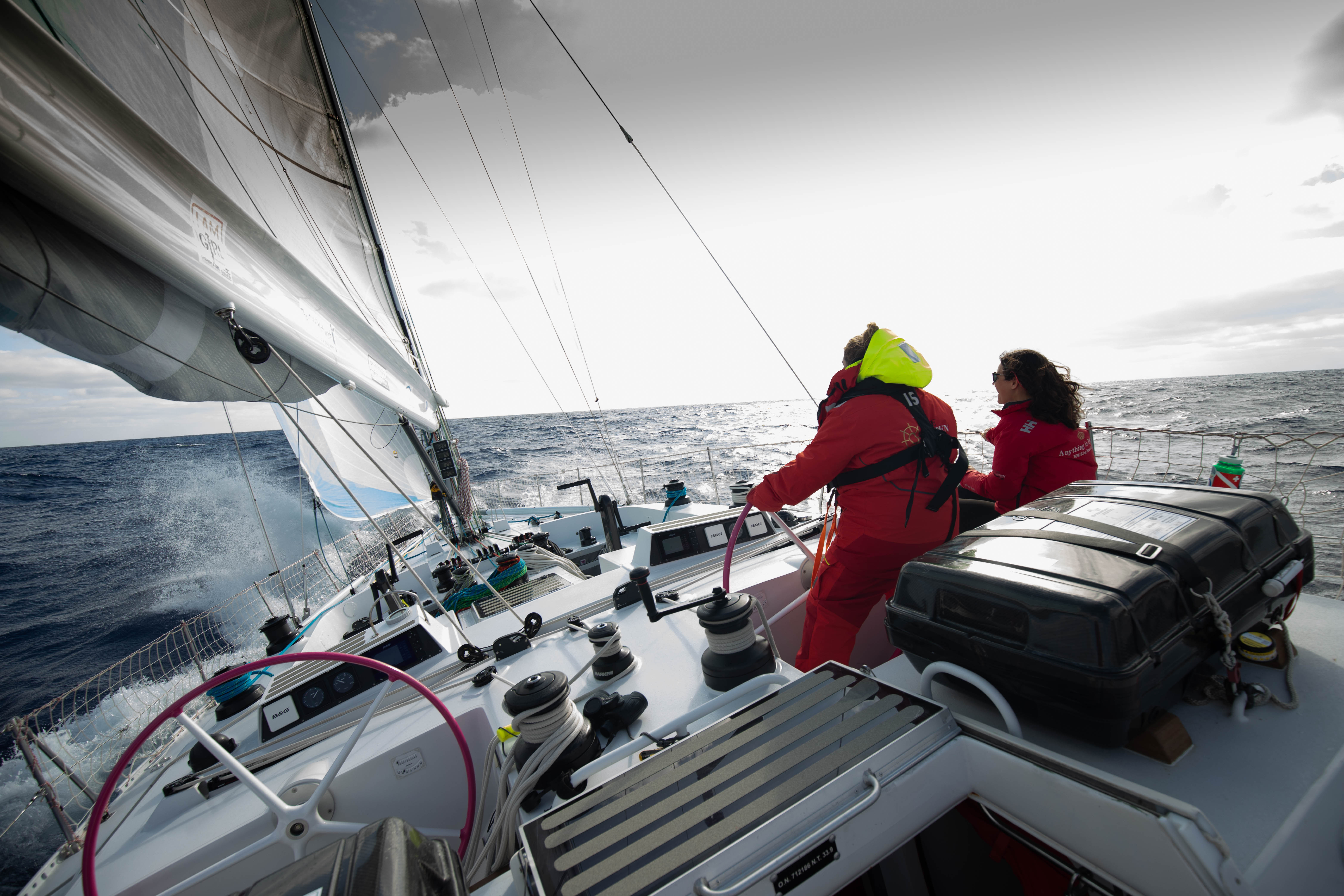 Image courtesy of the Maiden Factor.

Edwards and her crew were game-changers, as the gripping documentary Maiden, makes clear. Subject to the most breathtaking misogyny from male racers crewing on competing boats and the sports writers of the British press, they risked everything to prove they were serious, capable, and at least as good as (and sometimes better than) their male counterparts. Edwards began her journey asserting that she was no feminist, and ended it realizing that, in fact, she had become the embodiment of one.

This story from our archives was originally published on August 2, 2019. Read more stories about people having an Impact.