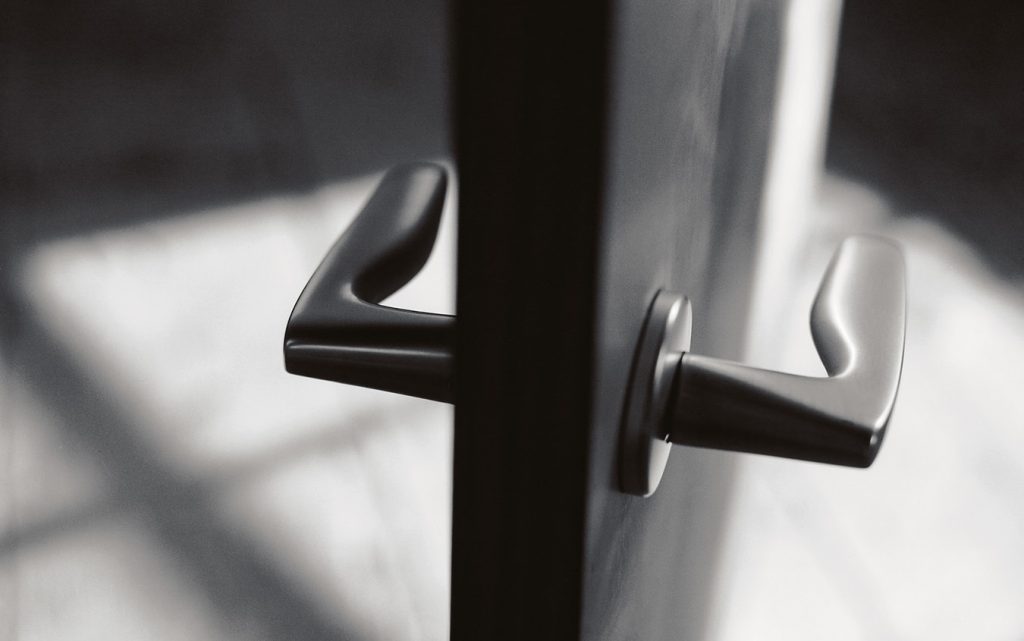 Model 1058 is one of four door handles that FSB has had inducted into the Museum of Modern Art in New York.

Try this: Walk inside a building. As you go through the front doors, take it all in. The floor, the ceiling, the walls. The colours, the materials. The shapes, the patterns, the themes. Did you notice the door handles? Most of us probably grasp dozens of door knobs and handles each day with nary a thought as to how they feel, look, and work—which is a shame when they’re created by FSB, one of the worldwide masters when it comes to designing handles.

The company was started in Iserlohn, Germany, in 1881 by Franz Schneider, who was adept at creating metal furniture fittings. In 1909 Schneider moved his operation after finding a new location in a deserted factory in Brakel. The company, now known as FSB (Franz Schneider Brakel), proved successful with its catalogue of metal fixtures, especially with the building boom after the Second World War.

In 2000 the company launched FSB North America. Their New World expansion has proven a hit, growing at around 30 per cent each year. That’s an impressive number, to be sure; as is 10,000—that’s the number of different items, mostly handles, that can be found in the FSB catalogue. “We’re all about making stuff that sells well, with a good form,” says Eric Van de Bovenkamp, president of FSB North America. “FSB is predominantly known for door handles, but especially in the North American market, we’re taking the design approach and putting it on all openings. Now, you can take a handle and put it on hotel locks, so that an architect or designer can say, ‘What a great handle—how can it match everything else?’ Now our products go all the way to bath accessories.”

This goal of making products with a consistent design—FSB’s commitment to design management—represents one of the two philosophies to which the company is dedicated. The other is called “the four rules of good grip”, a set of guidelines that dictate the use and ease with which handles should operate. When a hand grasps, the thumb always seeks a direction; there should be a rest for the index finger, which acts as a sort of pilot for the hand; the palm needs adequate support when grasping; and the hand must have sufficient volume to comfortably grasp the handle.

This extensive attention to the forms of the handles hasn’t gone unnoticed by the design world at large. FSB has had four door handles inducted into the Museum of Modern Art in New York. The company also offers certain models developed via collaboration with high-profile designers like Nicholas Grimshaw, Erik Magnussen and Philippe Starck. FSB door handles can be found on such buildings as the Russian Central Bank in Moscow, the Ralph Lauren Polo flagship store in New York, and the Montreal Stock Exchange.

The company provided their designs to the Estates residences at the grand Fairmont Pacific Rim in Vancouver. The Fairmont, designed by renowned architect James Cheng incorporates mixed-finish levers from FSB that utilize natural aluminum trim and a stainless steel grip, complementing the leather and wood materials used for the doors. The stainless steel bell pushes are also from FSB, as are the interior levers.

When it comes down to it, it’s a pretty simple concept: grasp, pull, open. But consider what Van de Bovenkamp calls the company’s mantra: “A door handle should be the handshake of a building.” Not surprising, then, that they take such care making sure that handshake is a firm, welcoming one.