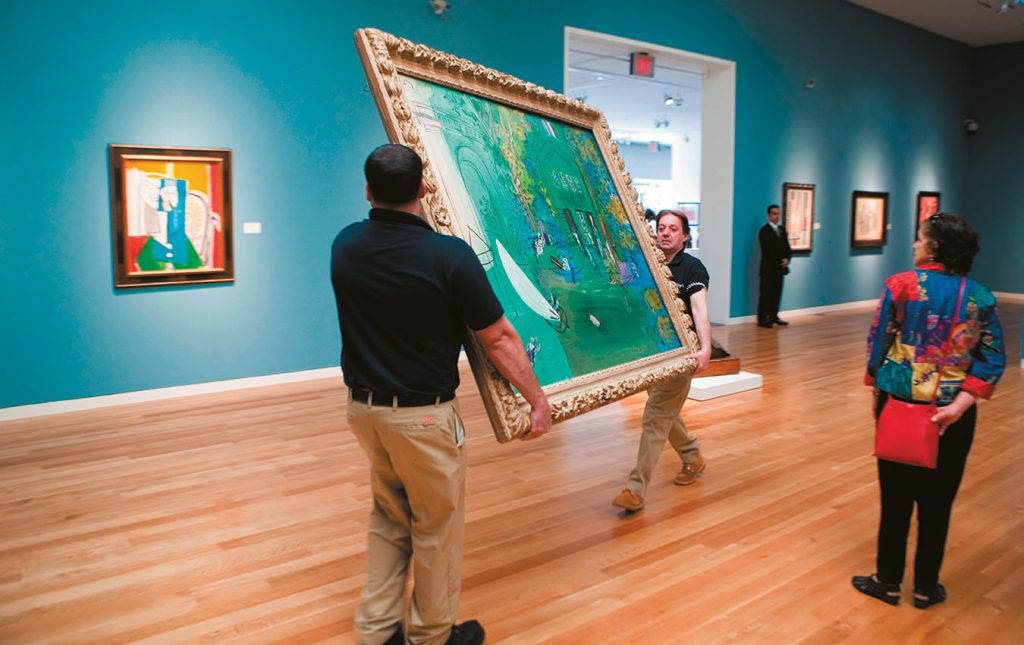 At an auction of paintings in Calgary earlier this year, an unusual thing happened in the sales room. After accepting what turned out to be the sole bid on a rare Tom Thomson oil on panel, the auctioneer rejected the sale of the painting. Arguably, the bid was too low. The decision resulted in a public debate, with the prospective buyer eventually storming out of the room. Auctions offer buyers a wide range of goods—everything from the exceptional to the exceptionally mundane—and can fetch sellers a covetous sum, or on regrettable occasion, a sad pittance. Nonetheless, the auction house is a stage where the theatrics are as entertaining as the acquisition of a desired object is satisfying.

Auctions date back well into history. Marcus Aurelius (AD 121–180) found an auction of Imperial property useful to raise funds for war efforts in lieu of taxation—it lasted two months and included, among other things, furnishings, vases and his wife’s silk clothing. In modern times, purchasing at auction has typically been the business of wholesalers, but recently this secondary market has morphed into something new. Emboldened by success on eBay, encouraged by the breathless anecdotes of Antiques Roadshow participants, and perhaps more economically and environmentally minded, collectors and casual buyers alike are increasingly choosing to bypass galleries and dealers, and are raising their paddles for themselves.

If you decide to do the same yourself, it can be both educational and entertaining to peruse the previews. Wending your way through glitter and garbage will help to hone your eye. Take note of condition and examine the inside and outside, front and back, of interesting items. At a recent auction in Toronto, a colleague of mine asked to see a work hung high on the wall amidst a busy preview. A misinformed staff member assured her it was a hand-coloured lithograph. After examining the item with a loupe and checking the signature against her art sales indices, my colleague knew this artist was in fact a documented watercolourist with sales in the thousands of dollars. When the lot came up for bidding, my colleague obtained the “lithograph” for under $200 and went home to do her research. She soon found that the sketch for her freshly obtained original watercolour had sold at Sotheby’s London for $45,000.

It must be emphasized that this is not the norm; but it is common to ride a learning curve rife with reproductions and erroneously catalogued works. While auctioneers do have a responsibility to accurately represent items they sell, the onus is ultimately on the purchaser to do the research. Take advantage of the sales catalogues by carefully reading the auction estimates, the condition reports and especially, the descriptions and nota bene—they can use particular language to couch unknown or unproven facts. For example, in referring to a painting, an auction house may use the term bears signature which means that in their best judgement, the signature is by a hand other than that of the artist. Often the auctioneer may be unable to definitively pinpoint a work as that of a particular artist, in which case, they may choose to describe it as “attributed to”, “from the studio of”, “from the circle of”, “in the manner of” or “after”. Hence, read the small print.

What you won’t know, regardless, is if an item has a reserve (the lowest price at which a seller is willing to sell an item) as this is typically an unpublished sum. If, during the course of the sale, an item fails to reach the reserve, it will remain unsold. This was the crux of the matter in the Calgary auction: the auctioneer accepted a bid below the reserve and when no additional bids followed, he declared the painting unsold. But, the bid had been accepted, and it wasn’t until after much argument and debate, and eventually approval of the sale by the seller, that the bidder was called back to the auction to collect his rare Thomson painting. For an item that had high market expectations, obtaining it well under the reserve was very unusual.

Once your heart is set on a particular item, and before bidding your way to ownership, it would also serve you well to set a threshold—a price you have determined in advance that you will not exceed. Participating in a live auction can be thrilling, and it is easy to get carried away. Once the hammer has fallen and you have pulled out your credit card, you will also be paying applicable taxes and a buyer’s premium—a sliding scale percentage of the knocked-down price that can range from 10 per cent to 25 per cent. A seasoned buyer will factor this into his bidding strategy. While it is not known if Marcus Aurelius charged a buyer’s premium, after the conclusion of the war, he did allow buyers to return their items and get their money back—yet another curious event in the history of auctions.