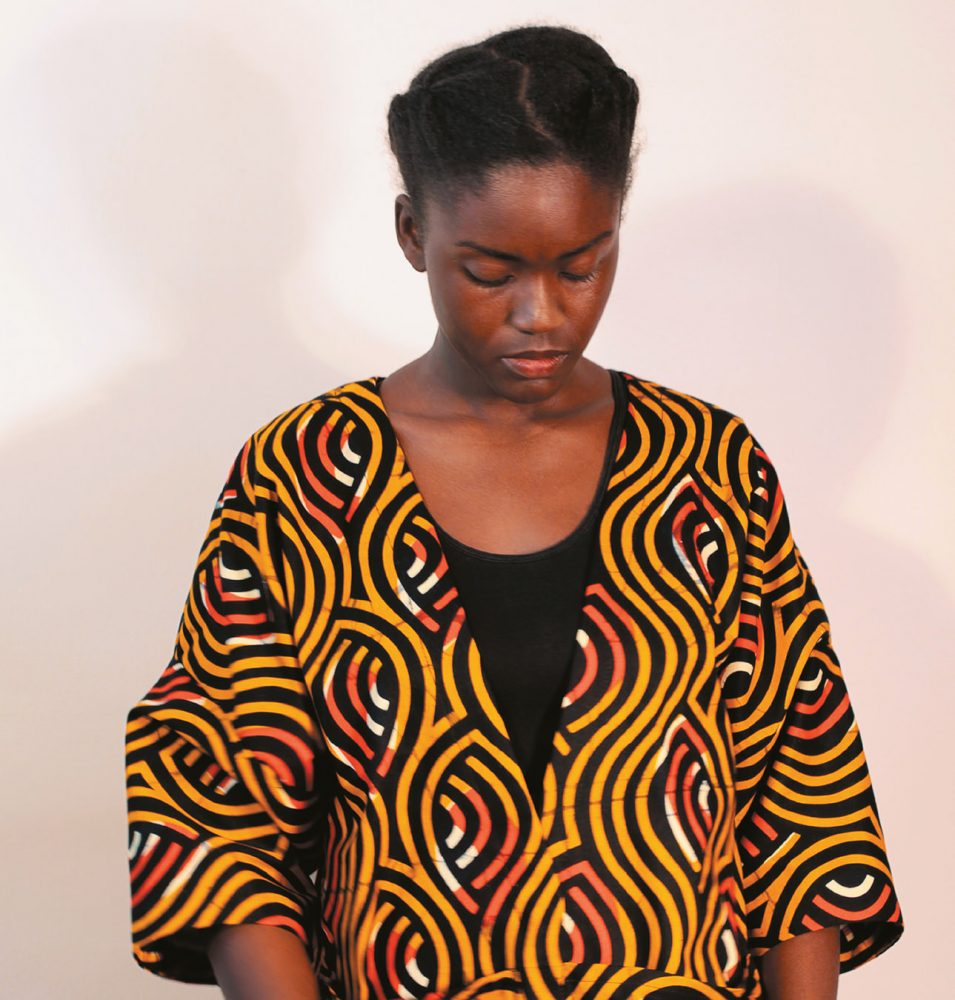 It’s an hour before an important game for Ghana at the 2010 FIFA World Cup, and Maryanne Mathias is excited. After all, it’s a country she’s visited numerous times and the production and manufacturing base for her clothing line, Osei-Duro.

Osei-Duro is the brainchild of Mathias and long-time friend Molly Keogh. The pair met more than a decade ago at the alternative Vancouver Waldorf School, but went on to separate careers: Keogh as a fashion stylist in Los Angeles and Mathias as the designer of her own Vancouver clothing label, Hastings and Main. Eventually, though, Mathias’s social conscience spoke up. “I didn’t really like the fact that I was making clothing that didn’t contribute to society,” she recalls. “I went travelling and ended up designing in Morocco, Egypt, Ghana and India, and realized I could use the rich textiles from those countries.”

Further fuelled by her academic research on social economy (she is currently completing her MBA in sustainability and business at the University of British Columbia), Mathias discovered the Dzidefo Women’s Cooperative, a group of 11 Ghanaian women that collectively produce and sell baby clothing and school uniforms. Roughly 30 per cent of the revenues go back into the co-op to fund future projects, while the other 70 per cent is distributed as fair wages that afford the co-op members their daily essentials, like food, medication, and educational fees for their children. Mathias and Keogh approached the co-op about Osei-Duro and so it was born.

Fall/winter 2010 marks the third season for the company that operates from three corners of the world: Vancouver, Los Angeles and Ghana. But they nevertheless manage to create a striking, worldly collection with correspondence by e-mail and frequent visits to Ghana. Keogh travels there from L.A. for two to three months at a time, while Mathias plans to move there permanently upon graduating this winter.

“Molly’s pieces are more conceptual and are great for editorial,” Mathias says. “Mine are maybe more trendy.” But the biggest challenge for the two, Mathias admits, is that “we have to design things that [the women] are capable of sewing.” For instance, the sewing machines used by the co-op can only execute a single-needle straight stitch.

Currently, each co-op member is paid per completed item, so that each seamstress knows how to construct every garment from start to finish, and can therefore produce at her own pace. However, the past three seasons have shown that giving people specific tasks raises the co-op’s overall productivity, earning them more money as a whole. This is partly what has prompted Mathias’s decision to move to Ghana—to help expand the women’s sewing skills by implementing education programs. “We know what they can do now,” she explains, “but I really think that some more proper training will help.”

Once Mathias and Keogh have confirmed with the co-op that everything designed can indeed be executed, they decide on their fabrics, which they also customize themselves. Having known each other for 10 years is clearly an asset in this task. “We know what the other person likes in terms of colours and prints,” Mathias explains. “Molly knows I do not like batik [a particular dyeing technique], and I know she usually likes earthy tones. We also use fabrics that I already know the ‘hand’ of,” meaning how it weighs and feels. Currently, Osei-Duro uses mostly hand-spun cotton grown in West Africa, and works with print houses and artisan dyers in Accra to produce entirely local materials made in West African tradition.

Mathias and Keogh are effectively giving work to those who need it—which, naturally, happens to be their mandate. So even though Ghana didn’t take the World Cup, Osei-Duro’s social conscience, fashionable designs and sustainable business structure are a winning combination.