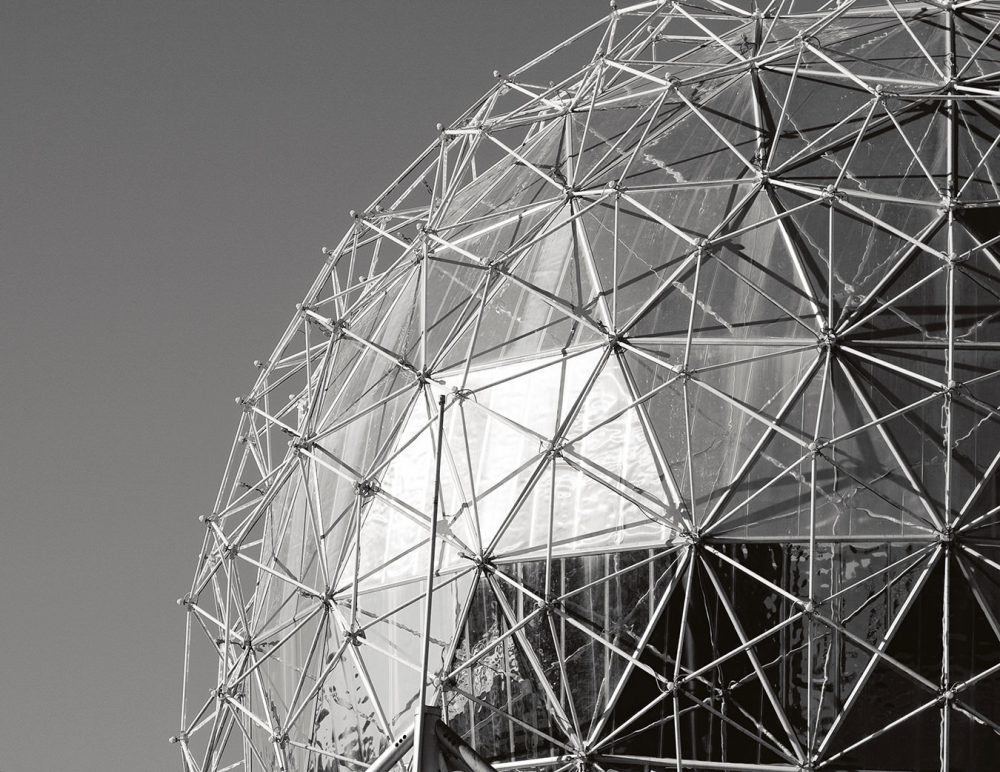 For most of us, the Telus World of Science is that unmistakable golf ball at the east end of False Creek (scientifically the structure is known as a geodesic dome). More than 525,000 people a year visit the former Expo Centre—it has almost become a required school fieldtrip destination for more than two decades. And yet another 200,000 people a year are involved in Science World programming province-wide.

Now, there are major changes happening at the Telus World of Science, aimed at giving the old ball a bit more life. The building is badly outdated and not up to code. The OMNIMAX screen, for example, isn’t equipped to project trendy 3-D films. But the far more pressing worry is that the entire structure needs a serious overhaul, including seismic upgrades and expanded visitor space. At one point, the board members even considered relocating to a new suburban site, simply because restoration of the dome was going to be too expensive. Thankfully, they decided that the building’s trademark familiarity and central location made it impossible to give up.

Of course, Science World existed long before it took over the dome. It all began with a woman named Barbara Brink, whose mission to bring entertaining science education to Vancouver dates back to the 1970s. At the time she was a mother of two young boys and a zealous fundraiser; the germ of the idea sprouted when the family followed her husband on business trips. He was the project developer for Granville Island in 1979, so while he scoped out public markets in other cities, she would take her boys to explore the sights. They discovered various science centres around North America, and Brink soon realized what her own city was lacking.

“As I watched the two boys delve into all the mysteries of science and technology, I was struck at how poorly those subjects were taught for my generation,” Brink recalls. Back home, she belonged to a volunteer group called the Junior League of Greater Vancouver, and she proposed to her peers that they make a new mission of mounting a science centre in Vancouver. The Junior League formed a non-profit society and held a three-month preview for a proposed Arts, Sciences and Technology Centre (ASTC) at the Vancouver Museum. It was called the Enquiring Eye, and the crowds for the small exhibition were so overwhelming that the society suddenly had a full-blown project on its hands that desperately needed a home. Philanthropist Arthur Block came forward with his vacant 20,000-square-foot building at the corner of Dunsmuir and Granville, and offered to rent it to the group for $1 a month.

With hardly any money, the ASTC opened in 1982 and brought 600,000 people through its doors over a six-year span at 600 Granville Street. Kids of all ages soon discovered that no matter how inept you might be at physics or chemistry class, science could be fun. Where else could you find a Van de Graaff generator ball to make your hair stand on end, or take your Girl Guide troop for an educational overnight sleepover?

It outgrew its storefront location on Granville Street quickly, so the search was on for a permanent site. It had always been part of Expo’s legacy to leave the city with a children’s arts and science centre, so Brink and her society members launched a letter writing campaign and lobbied government to pony up and secure the Expo Centre for their cause.

“There was an understanding developing among government and business leaders, that in order for B.C. to have a place in future economies, we needed to ensure a much better understanding and grasp of science and technology—and the place for that spark to happen was with school-aged children,” Brink says.

Before opening day on May 6, 1989, about $20-million was raised from private and corporate fundraising and government funds. The pavilion got a new addition and was fully refurbished with dozens of exhibits, five new galleries and the largest OMNIMAX dome screen in the world.

The ASTC Society became the tenants, but only on the condition that they raise the operating funds themselves. It hasn’t always been easy, but about 70 per cent of its budget is earned from generated revenues, and 30 per cent comes from private and corporate supporters. In 2004, it signed a 15-year, $9-million deal for the building to become “Telus World of Science”. Educational programming and outreach programs remain known as “Science World”.

Under the helm of president and CEO Bryan Tisdall for more than a decade, Science World’s mission has been unwavering. “It’s called bridging the science gap,” says Tisdall. “We know the future need for a labour force that is scientifically and technologically literate far exceeds what the current output is of our postsecondary institutions. There’s a gap there. What we do is contribute to bridging that gap.”

Nevertheless, Science World faces its biggest hurdle yet. Not all of the $35-million for the building renewal has yet been raised. It’s a formidable task, but they’re forging ahead to raise the remaining $10-million and make the alterations on schedule—by March 2011. If they succeed, Science World will see changes including a better foyer to accommodate the line-ups of noisy kids, modern washrooms with solar-flush toilets, and a huge outdoor exhibit that will focus on green, sustainable technologies.

And Brink will be there—with her grandchildren. “By the time we opened Science World, my sons and daughter were almost at university,” says Brink. “So while they had been great guinea pigs on many earlier family trips, it was not until I had a grandson that I really saw all those years of struggle really mean something.”