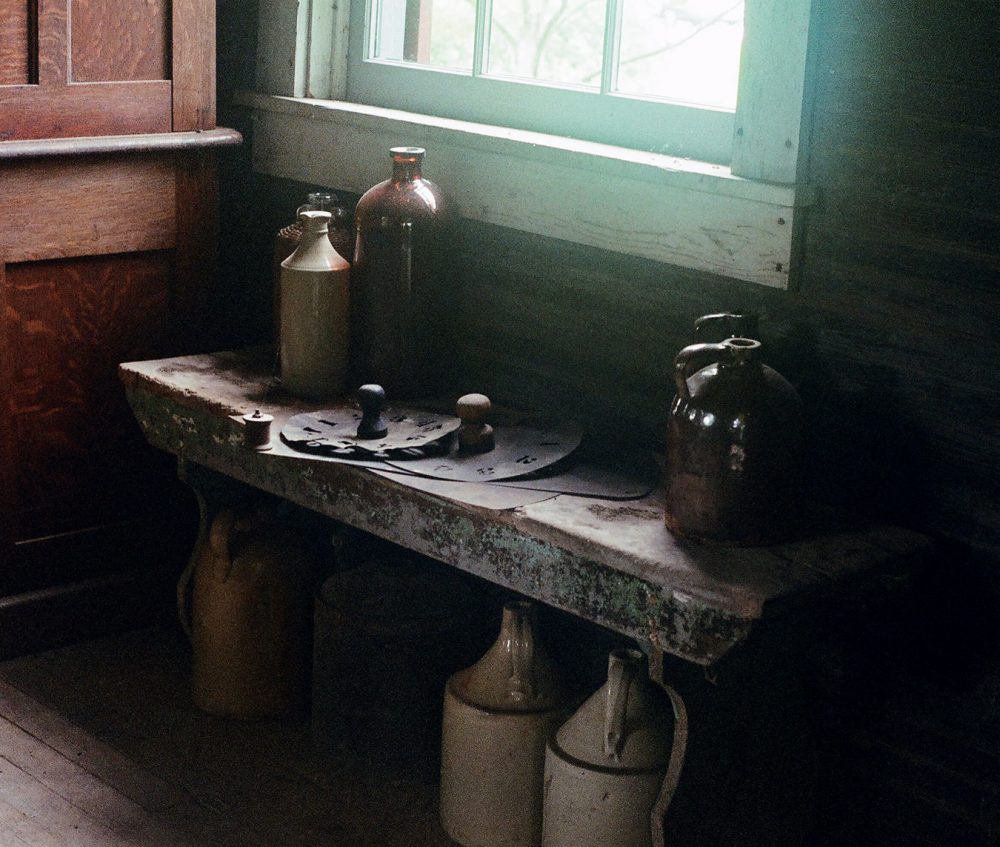 There are many funny and fascinating things one might associate with Kentucky: bluegrass (both the music and the turf), the Derby, even fried chicken. But perhaps the best is bourbon whiskey that, interestingly enough, is connected in some subtle way to each of those above. Though, one cannot truly appreciate the cultural significance of bourbon in America without understanding a little United States history, and specifically that of the Maker’s Mark distiller family, who today we might credit with transforming the “get drunk” drink into a sophisticated, sipping spirit.

In 1964, then-president Lyndon B. Johnson encouraged the U.S. Congress to recognize bourbon as a distinctly American product. Today, the whiskey must be made with over 51 per cent corn in order to legally be distinguished as bourbon. In fact, the story of whiskey in America is closely tied to politics. Franklin D. Roosevelt is also said to have been an avid drinker, mixing Bourbon Manhattans so strong only he could enjoy them; it’s no wonder he put an end to Prohibition in 1933. Though his decision brought work back to distillers, it’s Thomas Jefferson who Kentuckians colloquially call the “Patron Saint of Bourbon”. A decade after George Washington imposed an excise whiskey tax to pay off state debts in 1790, Jefferson rose to power, repealing the tax and squelching the infamous Whiskey Rebellion in Kentucky and the West.

Geographically, Kentucky is the northernmost Southern state in the East South Central region of the U.S. Its borders follow the meandering Ohio and Mississippi rivers to the north and to the west. It was along the Mississippi that “red likker” made its way south to New Orleans, where, in the 1840s, it was given the name “bourbon” after the place of its origin, Bourbon County, Kentucky. The rivers also feed the many creeks and streams that traverse Kentucky’s limestone earth, which makes the spring-fed lake water Maker’s Mark uses iron-free and naturally pure. The Bluegrass State’s lush and vibrant fields are also a product of this water, and, rich in calcium, they are believed to be what makes thoroughbred horses raised here so strong. Not to mention, bourbon and horseraces have always gone hand in hand—Mint Juleps are the beverage traditionally taken by spectators at derby.

Bill Samuels, Jr., Maker’s Mark’s recently retired president and CEO, and his son Robert, now COO, come from a long line of distillers that date back to the 1500s in Scotland. This is why the company labels their bottles “whisky”, like Scotch, and not “whiskey”, as per American convention. The family has been distilling in Kentucky since Robert’s great-great-great-grandfather settled here in 1783. Robert’s grandfather, Bill Samuels, Sr., founded Maker’s Mark in 1954 after he pledged to make harsh bourbon whiskey more palatable. “The thing about an acquired taste, is that it means it doesn’t taste good,” Bill Samuels, Jr., says plainly

Fortunately, Bill, Sr., had a few friends who could help him find a way to get rid of bourbon’s bitter, burning aftertaste; notably, Jeremiah “Jerry” Beam of Jim Beam lineage, Julian “Pappy” Van Winkle of Old Rip Van Winkle distillery, Jasper Newton “Jack” Daniel’s grandson Daniel “Hap” Motlow and others. They became his advisory committee and agreed that the Samuels family would have to bring the majority of the flavour up to that sweet spot on the front half of the tongue.

Using 70 per cent corn in the starter mash does part of the trick, but as Maker’s Mark distillery education director Dave Pudlo says, “What’s corn on the cob without salt and butter?” Maker’s Mark replaces traditional rye with red winter wheat, making their bourbon softer and smoother on the palate. Once the mash is fermented and distilled, the 110-proof alcohol goes into always-new, moderately charred American white oak barrels, where it matures for roughly six years to bring out the caramels, vanillin and esters in the flavour and reduces to 90 proof. The intensely humid Kentucky summer heat causes the remaining alcohol—they call it “angel’s share”—to evaporate more quickly. Thus, the barrels are rearranged and rotated seasonally within the warehouses to ensure consistent maturation—a procedure unique to Maker’s Mark. Meanwhile, a black moss that grows on the outside of the warehouses feeds off the angel’s share, amplifying a common seasonal cough, the persistent “Kentucky Crud”.

No wonder that old image of Kentuckians out in a rocking chair on the porch strumming a banjo, rambling low, while sipping sweet tea and bourbon, rings so true. It’s how they beat the heat. Many folk still mix the whiskey with tea, cola, lemonade or ginger ale, though today, the mouth-watering sensation of quality Kentucky bourbon like Maker’s Mark has inspired bartenders worldwide to invent intrepid pre-prandial cocktails. “We didn’t just bring ‘taste good’ forward—we brought forward good taste,” Bill Samuels, Jr., says, swelling with all-American pride. Now more and more bourbon loyalists are enjoying the spirit neat, or as Samuels and Pudlo agree is best, with precisely three ice cubes. No better way to whet the appetite for that homestyle fried chicken and biscuit meal.