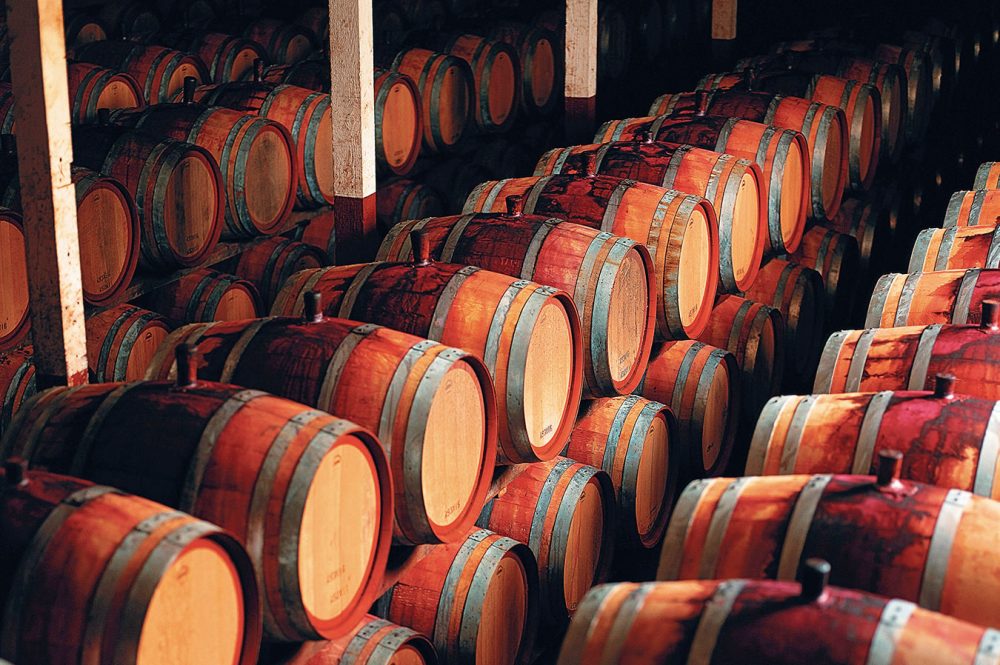 I’m not a fan of what I term the “neo-icon” wines that sell for crazy prices and fuel those wait-in-line mailing lists. In fact, the best remark I’ve ever read about icon wines was made by Michael Cox (then U.K. head for Wines of Chile), when he said, “Icon—is that one word or two?”

The proliferation of icon wines—usually huge in colour, flavour, bottle weight, and price—is a modern phenomenon and hopefully one whose life is soon coming to an end. That’s not to say that no wines are iconic, because some are; it’s just that the list is short. Very short.

Earlier this year in New York (ironically, perhaps, in that it is among the most iconic cities in the world), there was a tasting of 59 vintages of one of the real, original icon wines, Australia’s Penfolds Grange Bin 95. Grange is so highly embedded in the culture of Australia it is a National Trust Heritage–listed wine. It has been described as something that captures both a sense of country and the essence of Australian agricultural ingenuity and innovation. In my book, that eliminates most of the competition before you even start.

The story of Grange is one of persistence, from its very first experimental vintage in 1951 to the latest trio of vintages: 2008, 2009, and 2010. The latter three, bottled but not yet released, are amazing, and while I’m not supposed to say anything about them yet, you may want to get your credit card ready. Grange boasts an amazing run of 59 consecutive vintages, but only four chief winemakers have ever been at the helm: Peter Gago, John Duval, Don Ditter, and its larger-than-life, remarkable creator and Australian folk hero, Max Schubert.

In his day, Schubert was inspired by a 1950s trip through Europe, and in particular to Bordeaux, where winemaking (or at least dry red winemaking) was light years ahead of the sweet, fortified wines that were dominating in Australia. Schubert decided to make his own version of a dry red blend when he got home, and the result was the 1951 Penfolds Grange Hermitage Bin 1. Schubert didn’t have a wealth of grape varieties to choose from (à la Bordeaux model), so instead he blended shiraz from several different vineyards and regions to create a consistent, high-quality red each year.

Part of reaching for greatness, however, is dealing with obstacles, and Grange had its setback six vintages into production. Local wine reviews were less than favourable. One characterized the wine as “a concoction of wild fruits and sundry berries with crushed ants predominating.” Unimpressed, Penfolds management ordered Schubert to shut down production, but Schubert and his staff persisted nevertheless, without any new oak barrels for three years. The now-famous “hidden years” of Grange—1957 through 1959—were made in secret as they waited out the critics. By 1960, those early Grange years began to come together with bottle age, and management gave Schubert the nod to restart production, never knowing the wine team hadn’t missed a vintage.

The exercise of tasting every wine produced under Penfolds (except the 1951 Grange) is part of the remarkable Rewards of Patience (RoP) program that this year was held for the first time outside Australia, in Shanghai, Berlin, and, to my fortune, New York. The RoP is meant to be a current snapshot of the entire Penfolds wine program as tasted by a panel of experts, including current Penfolds chief winemaker Peter Gago and Penfolds senior red winemaker Steve Lienert, every five or six years.

The remarkable thing is that Grange has acquitted itself admirably, retaining its full icon status with me, and has managed to maintain its key DNA markers throughout the six decades. The fine-grained chalky tannins seem to settle on the mid-palate after a decade or three. The fruit is usually dark and abundantly flecked with exotic spices, and while it fades over time, not all vintages give up the ghost. The best truly can last for half a century.

So which were the stars? Well, frankly, there are no great vintages over 15 or 20 years old—only great bottles. On this day, when the temperature outside soared above 35 degrees, the 1953 Grange was as cool as cucumber. So sleek, elegant, and sublime, it was like an old, handmade leather valise weathering beautifully with age. The “hidden years” presented an unplugged (as in, no new oak) look at Grange, but were hardly a patch on the fabulous, savoury, and still powerful 1966. Ditto for the 1986, but I expect that 1990 will bypass them all in the coming decade.

If there is a perfect Grange today, the 1996 may be it. There is no rush to drink this monster before 2026. I also loved the refined style of the 2001, but it’s the 2006 that is destined for greatness. It sells for about $498 more than the 1951, which was released for under $2 Australian—and you know what, it’s worth every penny, crushed ants and all.