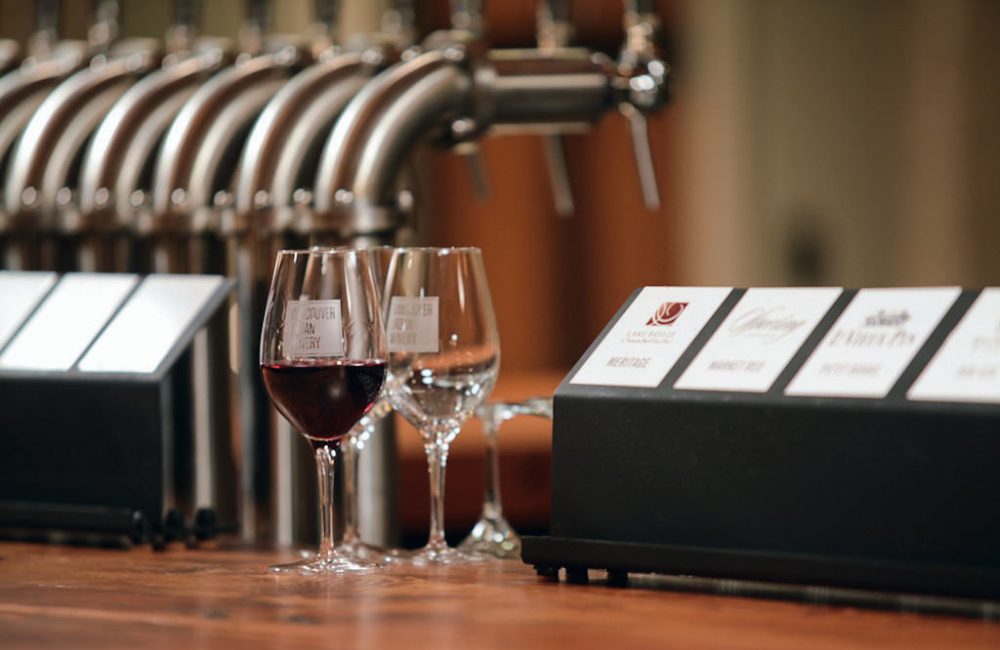 Wine is flooding Vancouver and it’s not about to slow down anytime soon—at least as far as Vancouver Urban Winery’s proprietors Mike Macquisten and Steve Thorp are concerned. They’ve been putting B.C. wines into stainless steel kegs—each holds 26 bottles—since March 5, 2012. By the beginning of July they were kegging wines to supply 18 restaurants and bars, inking deals with another 15, and expanding into Alberta.

Keg wines are eco-friendly and deliver by-the-glass wines that are as fresh as can be. Granville Island’s Edible Canada at the Market was first to tap in when they opened in July 2011 with kegs of Nichol Vineyards pinot gris and their red blend Nine Mile. The initial supply was expected to last three months but was gone in three weeks. Today there are five wines on tap and Edible Canada’s director of liquid assets Treve Ring says, “Feedback from customers and staff has been phenomenal.” The bistro is soon to launch a house wine made in collaboration with Okanagan Crush Pad and will also flow from the spout.