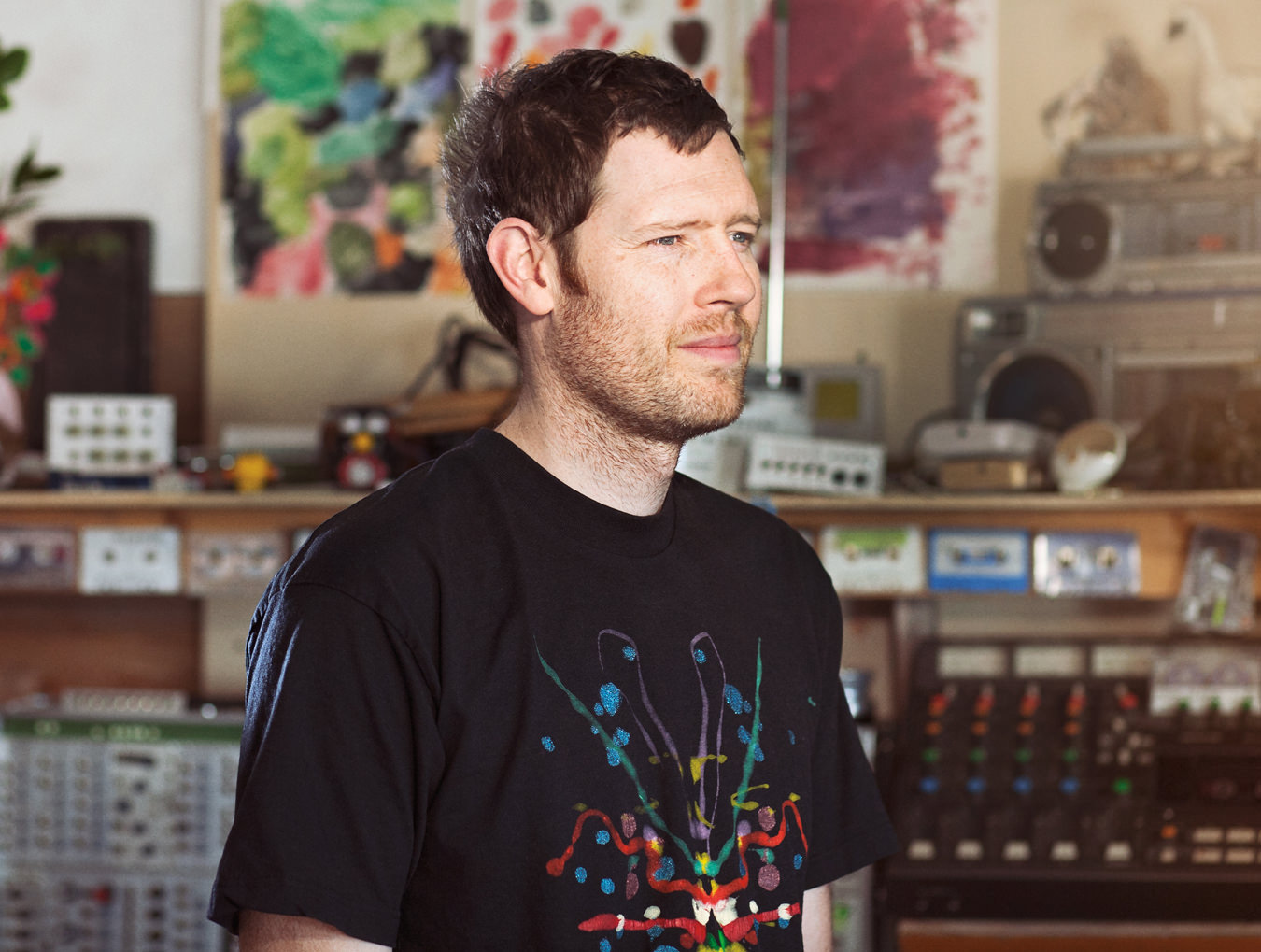 On a societal level, the magic behind how cultural movements come to be involves infinite calculations of human interaction and timing. Perfect storms. Zeitgeist fodder. Pop culture, as a whole, is a perennial reaction to itself—the “what’s next” constantly expanding and contracting against the “what’s now”. Within cities, it happens in smaller circles. Out of seemingly nowhere, a barrage of bands who watched the same cartoons, ate the same cereal, and smoked the same drugs reach beyond their horizons. San Francisco in the ‘60s, Manchester in the ‘70s, Los Angeles in the ‘80s, Seattle in the ‘90s.

Here in Canada, and just in the past few decades, several of our major cities have taken turns as national hubs for new and interesting music. Though Toronto has always been a central figure nationally, the city truly set the millennial tone for Canadian music post-Y2K. Early figures in the emerging scene included Lisa Moran, Tyler Clark Burke, and Jim Guthrie of the Three Gut Records community, whose aesthetic and approach to promotion gave a voice and a home (sometimes literally) to a handful of seminal bands such as Royal City and The Constantines. Merrill Nisker (also known as Peaches) held court at the El Mocambo, connecting the queer, visual, and indie music art scenes through relentless activity and creativity. From a hyperactive collection of young musical minds, Kevin Drew played ringleader to Broken Social Scene, a band that propelled with an explosive quality beyond the local scene and onto the world’s stage. In tandem with the band, its somewhat recent label Arts & Crafts grew to international relevance.

This new wave picked up where local road-paving predecessors like Rheostatics, 13 Engines, By Divine Right, and Hayden (still active) left off. As the dust settled, acts including Feist, Metric, Apostle Of Hustle, Do Make Say Think, and Final Fantasy (Owen Pallett) arose. It was educated rebellion for a generation that had grown up watching The Kids In The Hall: fearlessly freaky, compelling, and inviting.

By the time Arcade Fire’s climb to worldwide notoriety had inspired Anglos from across the country to flood Montreal’s Mile End, the “super group” phenomenon was in full swing. Stage managers at POP Montreal (the city’s forefront independent music festival) must have lost their minds trying to accommodate endless nine-piece bands. We heard from Stars, The Dears, The Stills, Godspeed You! Black Emperor, Wolf Parade, and Sam Roberts Band. Quebec proved itself an arts-friendly province and Montreal was a hip and affordable place to incubate a scene. For brief moments, Halifax (Joel Plaskett, Julie Doiron, Wintersleep) and even Vancouver (The New Pornographers, Mother Mother, Ladyhawk, Black Mountain, Destroyer) held some national focus. Quietly percolating throughout all of this, Calgary may be where we should turn our attention next.

Typically, Cow Town’s musical reputation has been more about Stampede madness than Pitchfork darlings. It’s not exactly a mystery what channel the entire municipal economy is feeding from, and fossil fuels haven’t historically fed thriving underbelly arts communities so much as large corporate spectacles. That said, Texas has Austin, and a pendulum can only swing so far in one direction before it seeds a response. After all, Alberta did recently oust the Progressive Conservatives from 44 years of political dominance, electing the outwardly leftist NDP. What’s more, Calgary boasts Mayor Naheed Nenshi, who isn’t exactly the classic portrait of an Albertan statesman: Muslim and progressive, he has somehow managed to win hearts from all angles.

In some ways, Calgary’s musical underground has been milling out cutting-edge music for years. Local anti-star Chad VanGaalen, for example, has reluctantly held court from his home studio “Yoko Eno”. VanGaalen is a magnet for experimental noise projects and garage bands—a glowing example that they don’t have to leave town to make it work. For many years, VanGaalen has been the flagship of Flemish Eye, a small label and management company based in Calgary, founded by Ian Russell. Braids. Jennifer Castle. Nearly every band Russell works with has had a moment of “it band” status. Perhaps most internationally adored was Women, a collection of anti-aesthetic noise rockers who had the ear of every music blogger right until the ensemble called it quits in 2010. Tragically, their guitarist Chris Reimer died unexpectedly a year and a half later—an enormous loss that still shakes Calgary’s music community to this day. Two members of Women eventually re-emerged as half of scrape-rock quartet Viet Cong. Though riddled with controversy over their name, their self-titled debut LP was one of the most critically anticipated albums of 2015 worldwide. Their first booking in Los Angeles at The Echo sold out in minutes, and was promptly moved to the larger room (Echoplex), which also sold out before the day’s end. They’ve earned the kind of buzz indie bands drool about (or seethe with jealousy over); the kind that fills rooms on name alone. People just know they’re supposed to like them. And they’re bringing a lot of attention back to their hometown.

There is a lot going on, and every piece of the puzzle seems to support and believe in the others. It’s heartwarmingly symbiotic. When asked about the scene, Ian Russell of Flemish Eye mostly talks about other projects, pointing toward Shaking Box Music, a small label focusing largely on ambient, noise/drone analogue’ism, or Close To Modern, yet another oddball artist-collective/electronic label emerging from the concrete jungle. R&B acts like Shaani Cage and Ayoo Angie. Avant-garde free-jazz improvisers like Bent Spoon Duo (Scott “Monty” Munro of Viet Cong and Chris Dadge) and saxophonist Darren Williams. Solo projects like Rae Spoon, Astral Swans, Samantha Savage Smith, CATS, Ayla Gilmer, Clinton St. John, or Tigerwing. Half of these acts have worked their way through Arch Audio, the garage/studio of singer/producer Lorrie Matheson.

No doubt, some credit for this wave need be directed toward mainstay rock venue Broken City and Zak Pashak, the club’s notoriously eccentric founder. A central figure in the community, Pashak has consistently broken enough new ground in the city to forgive his burned bridges. Known for making financially cumbersome decisions on gut instincts, he established Sled Island in 2007, an independent music festival that has attracted countless bands of international repute to cross-pollinate with the local ones. Sled has become a flagpole on which to hang the awakening underground’s hat. Other dank bars and alternative venues worth mentioning include The Palomino, The Commonwealth, Ironwood, HiFi Club, The Ship & Anchor, Festival Hall, Local 510, Whine-Ohs, Good Luck Bar, and Tubby Dog (literally a hot dog restaurant, as well as a punk/DIY/dirt-bag/feel-good spot with a heart of gold). Either serving from behind the counter or playing shows, you might catch punk bands like Hag Face, Blü Shorts, Milk Toast, or Empty Heads at Tubby’s.

So how has Calgary, the land of red necks and white collars, become a mecca for exciting sonic innovators, avant-garde garage rockers, and reluctant basement icons? Perhaps several generations of resource-based economy and staunch conservatism has spawned just enough disillusioned youth to fuel a reaction. And perhaps it’s part of a greater evolution in the city. What’s also interesting is that this new wave of Calgarian music isn’t necessarily overtly political. The rebellion is in the sound more so than the lyrical content. It’s not about radical resistance or protest—it’s less angry than that. It’s relaxed, confident, and intensely focused.

It’s a backlash of aesthetic; the grime underneath the mechanical bull. The opposite of Toby Keith. Calgary’s best new music isn’t a part of Stampede culture, but it may well be an inadvertent response to it. A wavelength is blossoming in Cow Town, and the city is evolving. It’s a generation of kids who have grown up in the eye of the oil sandstorm and don’t feel the need to bring it up, or shoulder-check the room if they do. Maybe, biting the hand that feeds them is a conversation they’re tired of having. The transition to a newer, progressive era seems inevitable and obvious.