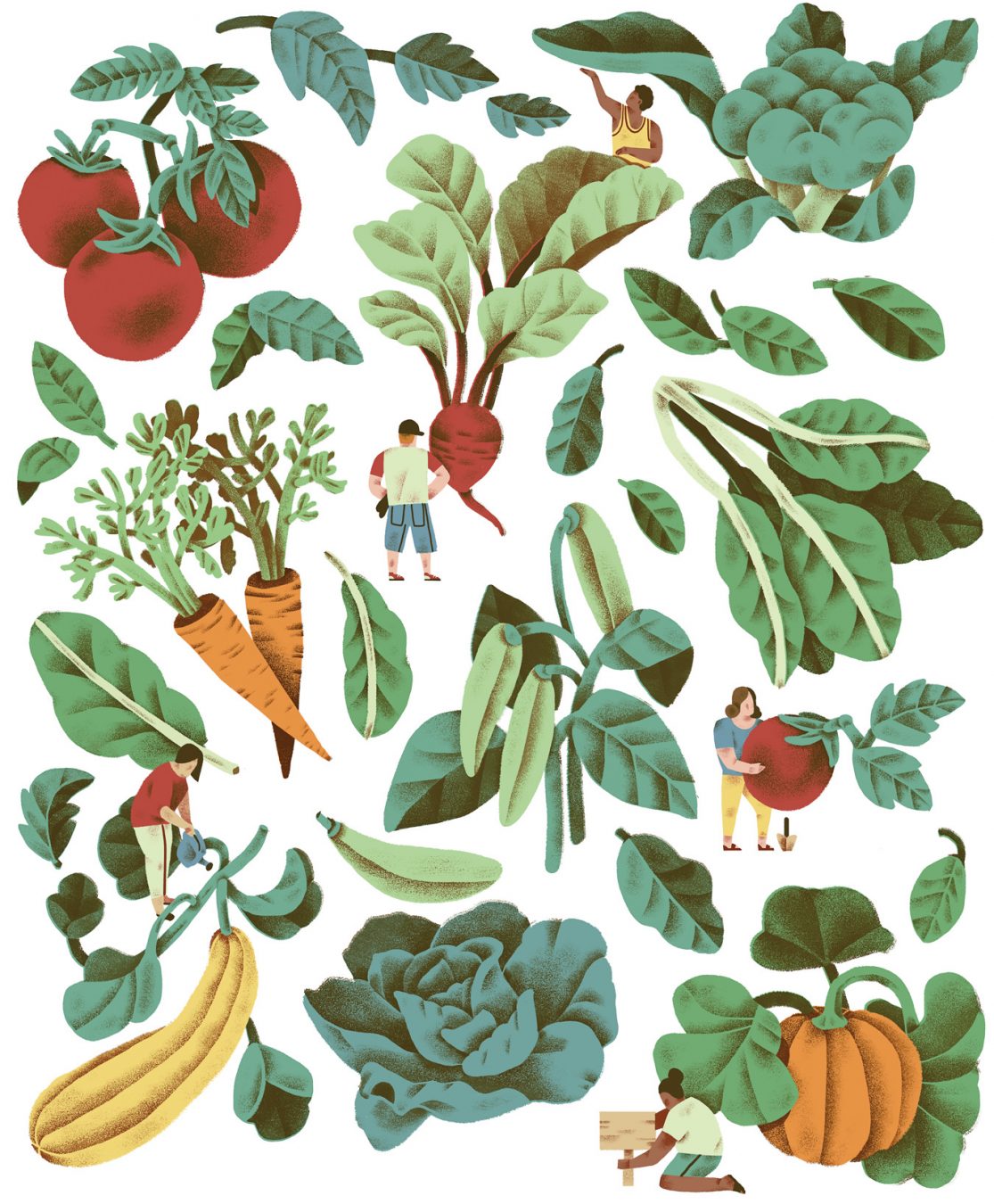 Just a few steps west of Vancouver’s Britannia Community Centre, away from the bustle of Commercial Drive, the Nexway̓s wa lh7áy̓nexw  (“Transformed Life” in the Coast Salish language) garden sits in tranquil surroundings. Here among the bucolic mix of ornamentals and vegetables in neatly organized but not manicured beds, it is probable to encounter Ian Marcuse, along with a few enthusiastic gardeners of any age. Marcuse, who has lived in the neighbourhood for 27 years, is a community food developer, and the driving force behind the Grandview Woodland Food Connection. The organization has taken the successful model of the community garden to an entirely new level—and may well be the only one of its kind in the country.

Marcuse has been involved in Grandview Woodland since 2008. A self-described community organizer and activist with a degree in urban planning, his original interests found him immersed in environmental issues. “So, when this job came up, it looked like fun,” he jokes. In fact, Marcuse takes his position pretty seriously. “My focus is that I work through a food access or food justice lens, which really means that everybody—no matter what their social status—should have the right to the same quality of food.” Marcuse notes that, well before he arrived, Britannia always had a strong social development focus. In a way, it came with the territory—the local demographic tends toward low income and First Nations. “It’s kind of a unique area,” he says.

It all began 20 years ago, when a group of concerned citizens, ranging from nutritionists to artists and food activists, launched the Stone Soup Festival in order to raise awareness about food security and healthy eating. In 2002, a community forum agreed to create some type of food network, and the current name eventually emerged, with funding forthcoming in 2006. Grandview Woodland Food Connection’s impact encompasses almost every facet of nutritional awareness, from seed programs to nutritional mentorship through community kitchens, gardening workshops, and more.

One of the organization’s main programs is Bulk Buy, which provides about 40 households with fruit and vegetables at wholesale prices. “Twice a month, we order from a wholesaler just a kilometre away,” says Marcuse. “I pick it up in a Modo car and bring it back to the centre and someone helps sort. Then everyone comes through the day and picks up their food. They pay $13 cash and walk away with two large bags of veggies and fruit.” Marcuse credits Vancouver Coastal Health with being instrumental in the development of the Neighbourhood Food Networks model, unique to Vancouver, which now includes 12 networks across the city, including Grandview Woodland. “The local model has always been better than the regional or provincial model because we know our community and get to know people personally,” he says. “Each community is different, with its own culture and needs, so different areas have different programs.”

Some seniors depend on the Westside Mobile Food Market because there aren’t enough stores close by where they can find affordable vegetables. And Off the Grill, a youth meal program run in partnership with Britannia Teen Centre, caters to at-risk kids who don’t eat that well at home. “We really focus on making meals with high-quality salads, roasted vegetables, and some protein such as chicken or pork,” explains Marcuse. “But it also has a skill-building, team aspect—it’s very collaborative. It’s not just about feeding people, but looks at an entire range of emotional and personal needs.” The Britannia garden started in 2010, and has since become one of Marcuse’s main priorities. He says the real key to building nutritional awareness is to reach children when they’re young and at their most impressionable. And it’s no longer sufficient to merely teach those life skills only in the school. “We started bringing kids here, and teachers realized how important it is to bring them to a living lab—as a space where they can taste, see, touch, and feel—and apply what they’re learning in the classroom,” explains Marcuse. He says if the elementary school students are asked how many of them garden at home, about half will put up their hands, which suggests this generation of parents is getting back into planting. And the students love it: “A lot of the kids may not understand at first how important it is, but they do in time,” he says. “It sticks with them. It’s pretty amazing to be able to pick your own food and eat it fresh.”