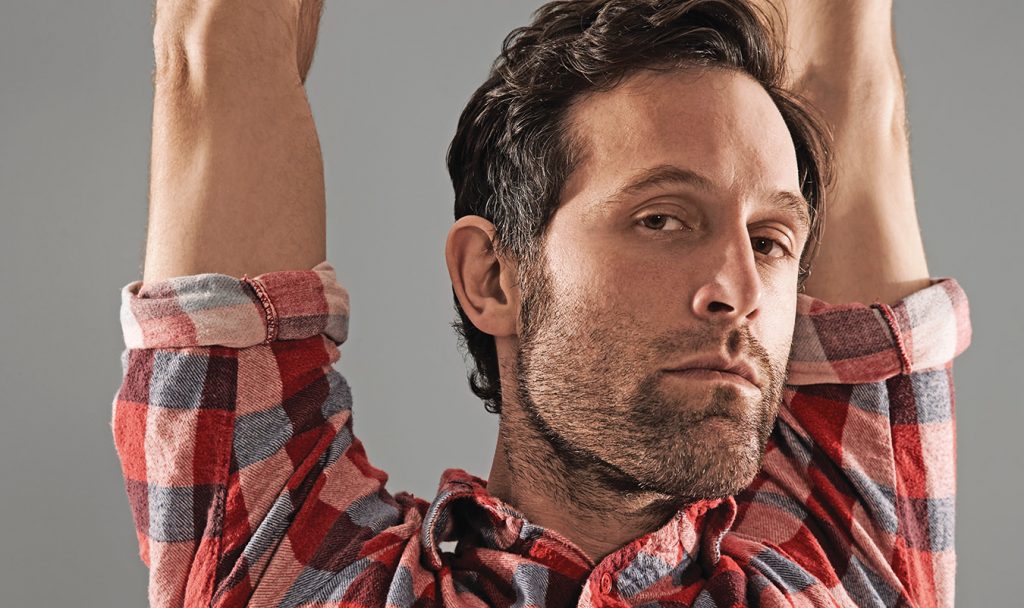 Each December for the past two years, Toronto singer-songwriter Jason Collett has hosted a weekly residency at the cozy Dakota Tavern, a rootsy subterranean bar that’s home to skinny-jeaned hipsters and work-weary locals dropping by for a pint. They cram into the tiny space, shoulder-to-shoulder, during Collett’s holiday-season revue, which features a rotating cast from the cream of the crop of Toronto’s independent music scene.

Overseeing the glorious chaos is Collett himself, quietly beaming from a barstool in the corner as he keeps an eye on the proceedings. The veteran musician thrives on the very juxtapositions and contradictions that are the hallmarks of his Dakota gigs, and you can hear that on his most recent album, the assured Here’s To Being Here (Arts&Crafts, 2008), which features his trademark Dylan-esque drawl and literate lyrics that resemble finely sketched short stories.

While he may have come to most music fans’ attention as part of the larger Broken Social Scene family over the past few years, Collett has been honing his craft for the better part of a decade, releasing four full-length albums that eschew the traditional singer-songwriter trappings for something a bit more esoteric. While Here’s To Being Here showcases Collett’s troubadour side with gentle acoustic ballads like “Waiting for the World”, it also unleashes his inner rock ‘n’ roller on gems like “Out of Time” and “Not Over You,” which sound like ‘70s-era AM-radio classics.

A prolific songwriter who’s constantly trying out new material during his energetic live sets, Collett has had to juggle his musical career with family commitments over the years—as the father of four, even finding the space to write can be challenging, but he’s learned to carve out the time while on the road or at home. “I’ve developed an instinct for what I’m doing. I’ve become better at being economical—I tend to go on a little too much,” he quips. “If I’ve learned anything over the years, it’s to get out of the way of the inspiration. Over-intellectualization often kills the spirit of it. You just have to get really open and let it come out unadulterated.”

Listeners have noticed a certain nationalist bent to Collett’s work over the years, which only seems to deepen with every subsequent release—Here’s To Being Here continues in that vein, with several home-grown references namedropped in the lyrics. His tune “Charlyn, Angel of Kensington” (a tribute to his wife’s great-aunt, who was one of the first social workers in Toronto’s Kensington Market neighbourhood) even recently took home a Bucky Award from CBC Radio 3 for “Most Canadian Song”. And paging Tim Hortons: Collett is mock-miffed that you haven’t returned his calls regarding a potential all-Canadiana compilation CD. He has a name for the project: “Tim Hits”.

“There’s been a certain intention to explore that,” Collett says of his attempt to work Canadiana into his songcraft. “We’ve just got this treasure trove of great place names; they just roll off the tongue.” Collett was pleased to finally get the chance to do a complete cross-Canada tour last year, and he’ll play a few more dates in support of Here’s To Being Here this spring, but he’s already started working on a follow-up album with his current live band. Members of that band have also put together their own act, the retro-styled rock band Zeus, and Collett has been acting as their proud manager in recent months. “I’ve been blessed by the people I work with,” he says. “I learned that from the whole family that evolved out of the Broken Social Scene/Arts&Crafts scene—how important it is that your work is plugged into the community, much like the Group of Seven. You’re inspired to stretch further by the work of your peers.”