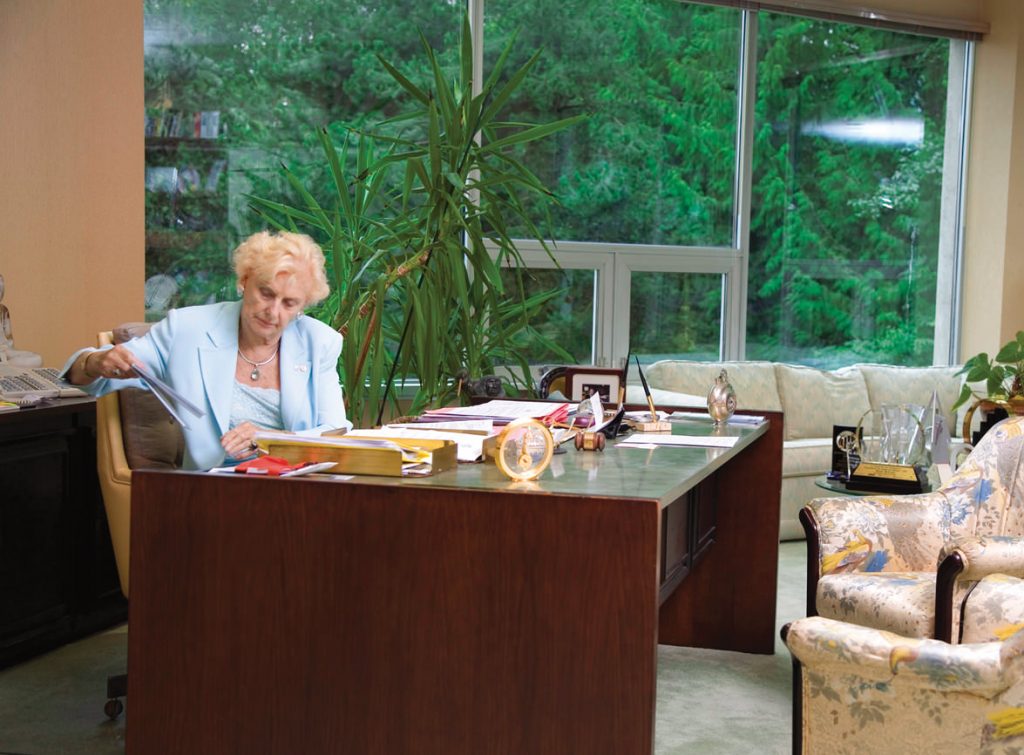 Wendy McDonald, CEO of BC Bearing Engineers, at her Burnaby office.

When Wendy McDonald became a young widow with six children, the managers of her company, BC Bearing Engineers—the company she had personally incorporated and previously ran with her husband—told her, “This is not a place for a woman.”

“They said to me, ‘Why don’t you go home and look after your children?’ ” McDonald recalls over tea and muffins, in her elegant Burnaby office, where she is chairman, the company still family-owned, and the revenues over $230-million in 2008. But it wasn’t always this way. In the 1950s, those same managers were systematically dismantling her firm, siphoning off suppliers and clients into a new company of their own, located just down the block.

McDonald called in Bill Wellwood, a business consultant and the husband of a long-time friend, and together they made plans to strike back. In You Got That Right (Echo Memoires, 2009), the new biography of Wendy McDonald, O.C., O.B.C. Wellwood recalls how gracious and controlled McDonald appeared, pouring him coffee that morning. But when they got down to business, Wellwood said he was “struck by how clear and calm a reading she had on the situation”, but ultimately, “Wendy cut the feet right out from under those rogues.”

McDonald had caught wind of a secret meeting arranged by her managers with some key suppliers, the lifeblood of her company. Together, she and Wellwood surprised the defectors at breakfast at the Hotel Georgia, stopping the meeting cold. She later got in touch with the chairmen of Fafnir, FAG and Timken, her principal international suppliers. “I had just been on a mission to visit every supplier we had,” McDonald recalls. “So I got hold of all of them and explained that people were trying to take over the company. They said, ‘Well, we’re right with you.’ That spurred me on.”

It took time to rebuild the company, which now spans three continents and employs more than 600 people, but McDonald’s decision was its turning point. What is revealing in both the book and in conversation with McDonald—and I’ve heard it from other highly successful people about the most fateful decisions in their lives—is how little emotion was involved.

“You weren’t angry about this corporate betrayal?” I ask.