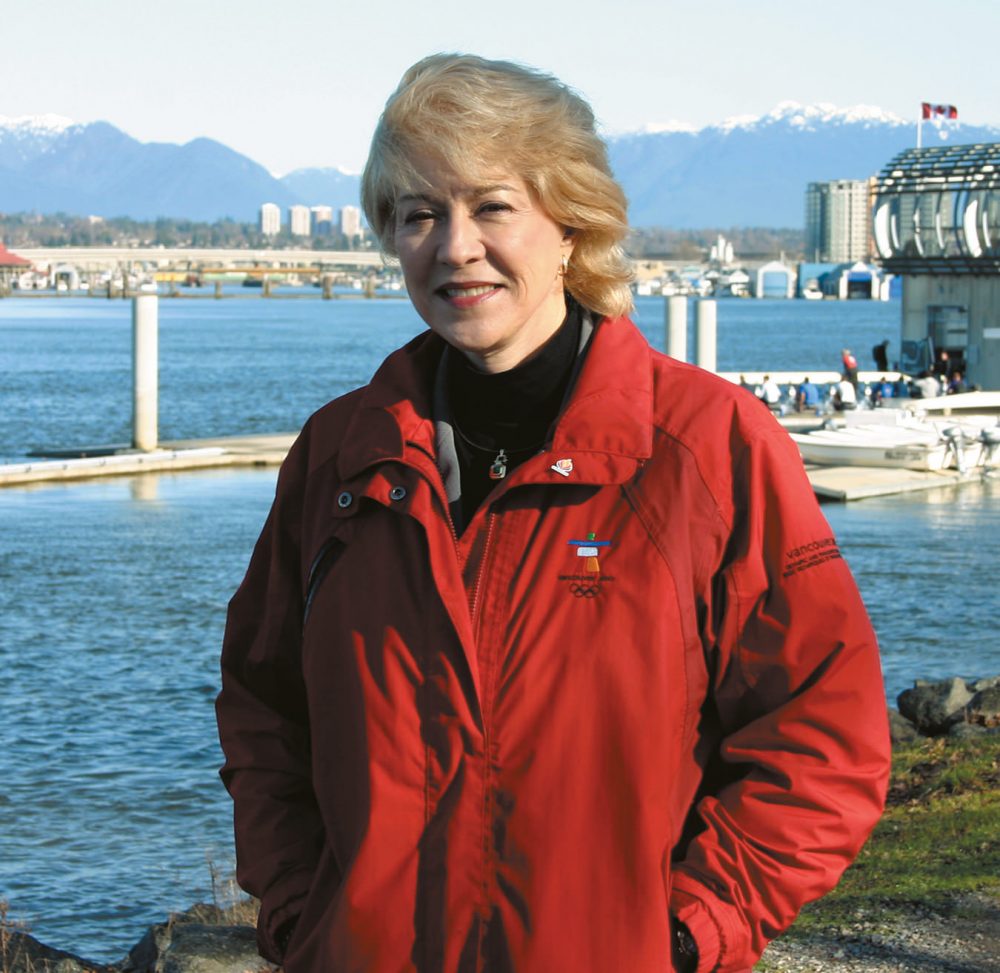 In 2009 Olga Ilich was recognized as one of Canada’s 100 most powerful women. Born in Holland, Ilich grew up in Richmond, B.C., where she continues to live today. She served her community as an MLA in the Richmond Centre riding from 2005 to 2009. She has no regrets about her decision to not run for re-election, and remains grateful for the learning opportunity afforded by her appointment. For Ilich, education, whether for a degree or gained through a four-year political post, has been a leitmotif to her life.

The job of MLA was what she expected: to serve her constituents and attend to their issues within government. She was appointed to a second position, that of Minister of Tourism, Sport and the Arts, and later Minister of Labour and Citizens’ Services. But as a self-professed results- and goal-oriented person, she found herself frustrated with the many processes of government.

Checks and balances are in place for a reason; government cannot be entrepreneurial. Ilich, however, is an entrepreneur with three university degrees. In 1982, during the early years of her real estate development career and in the midst of a huge recession, Ilich proved herself by keeping tradespeople working, using land to build social housing. Her ex-brother-in-law, Milan Ilich, had given her the opportunity with his company, Progressive Contracting, but it was she who grabbed it, breaking through the traditional barriers associated with this male-dominated industry.

Confident in her abilities, she later left Progressive and founded Suncor Development. “I grew up in the old days when you were ‘just a woman’ and your only career choices were teacher, nurse, or housewife,” she says. “I was fortunate to work in a field I never knew about. What little girl says, ‘Hey, I want to be a real estate developer when I grow up?’ ”

“Jobs in the arts are undervalued, even though those in the arts make a huge contribution to who we are. Can you imagine YVR airport without art? No, because it gives us a sense of place.”

Her years in development gave her an idea of how government worked, but the jobs of MLA and minister were not glamorous. Days were spent networking and learning about mining, forestry, First Nations, health and education. She was Minister of Tourism, Sport and the Arts when the 2010 Olympic Winter Games were in the wings. Today the Terra Nova park land, the Middle Arm Dike Trail and the Richmond Oval Spirit Square are the obvious results of her endeavours.

The arts were also of particular concern to Ilich. “Jobs in the arts are undervalued,” she says, “even though those in the arts make a huge contribution to who we are. Can you imagine YVR airport without art? No, because it gives us a sense of place.” Today’s knowledgeable workers want to live in a vibrant city where they can be stimulated by opera and symphonies and interact with the creative class, Ilich says.

As Minister of Labour and Citizens’ Services, she was responsible for keeping people working and productive. She also managed the government’s real estate, and contracts with IBM and Telus. While she enjoyed the actual ministerial work, she did not like the screaming matches during Question Period when Parliament was in session.

Nevertheless, her contributions to society were numerous, most importantly Grant’s Law. In 2005 gas station attendant Grant de Patie was killed in a gas-and-dash. Ilich worked to implement Grant’s Law, ensuring safety for late-night workers. It came into effect February 2008.

Between Victoria, her constituents’ office, and attending community events, she had little time to see family. But now with her return to civilian life, she looks forward to a golden decade, indulging her love of music and the arts and spending time with family and friends on Galiano Island. For the past 20 years, as a divorced mother, she worked hard to raise her two boys. When they asked what they should be when they grew up, she would tell them, “Do what you love, because you’ll do it well and it won’t feel like work.” And even though today they are now grown up, she still tells them that same message.