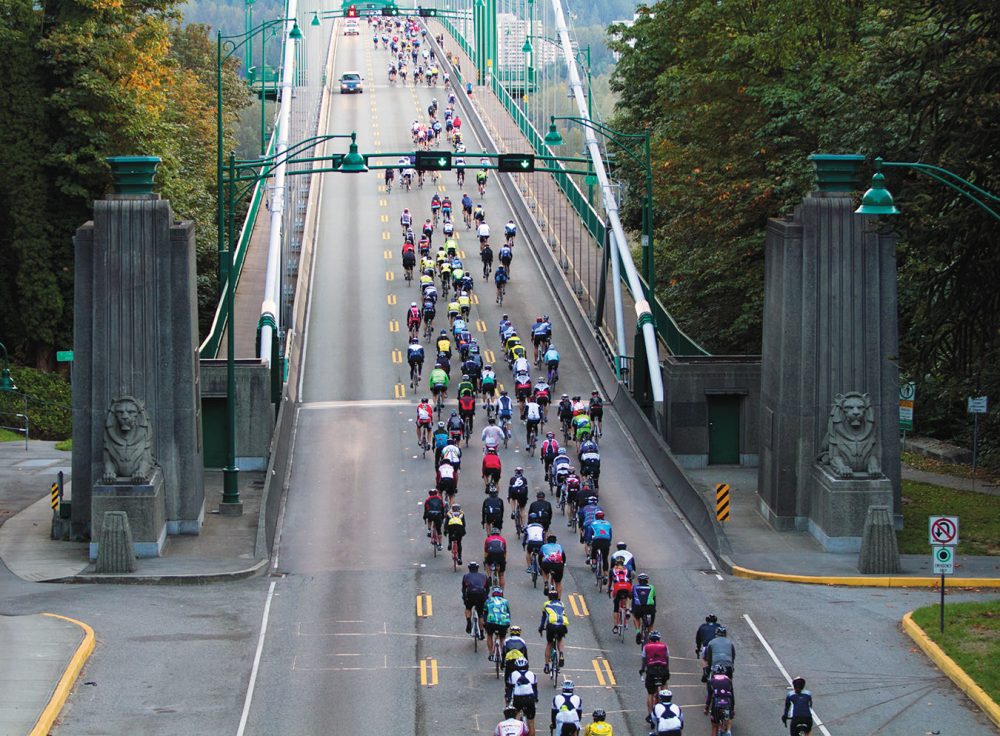 Heroic events like the Tour de France have kept spellbound cyclists inspired for decades, but only recently have everyday enthusiasts in British Columbia been able to get the same thrills from participating in mass rides themselves. Now, aspiring athletes can put their endurance to the test and cover great distances with several cyclosportive races in the region.

Canada’s 2010 Tour de France seventh-place poster boy Ryder Hesjedal has the Tour de Victoria in his hometown on May 28, while Belgian expat and retired supercycler Axel Merckx has his inaugural GranFondo in Penticton on July 10. But if you want all the perks of riding through wine country without the intimidation factor of elite-level athletes watching you knock back a glass or two, the RBC GranFondo in Kelowna on July 16 is the fun-loving festival of sport for you. It’s the sister ride to the RBC GranFondo Whistler, which was launched in September of last year (the first of its kind in Canada) and saw over 4,000 cyclists climb 100 kilometres from downtown Vancouver to Whistler along the brand new and always scenic Sea-to-Sky highway. The end and midpoints offered treats to offset the exhaustion, including culinary creations by the Bearfoot Bistro. It will be held again on September 10, 2011.

Registrations are open, something you might want to consider, as it seems to be the thing everyone is talking about around the water cooler. After all, if you do sign up, keeping hydrated is key.