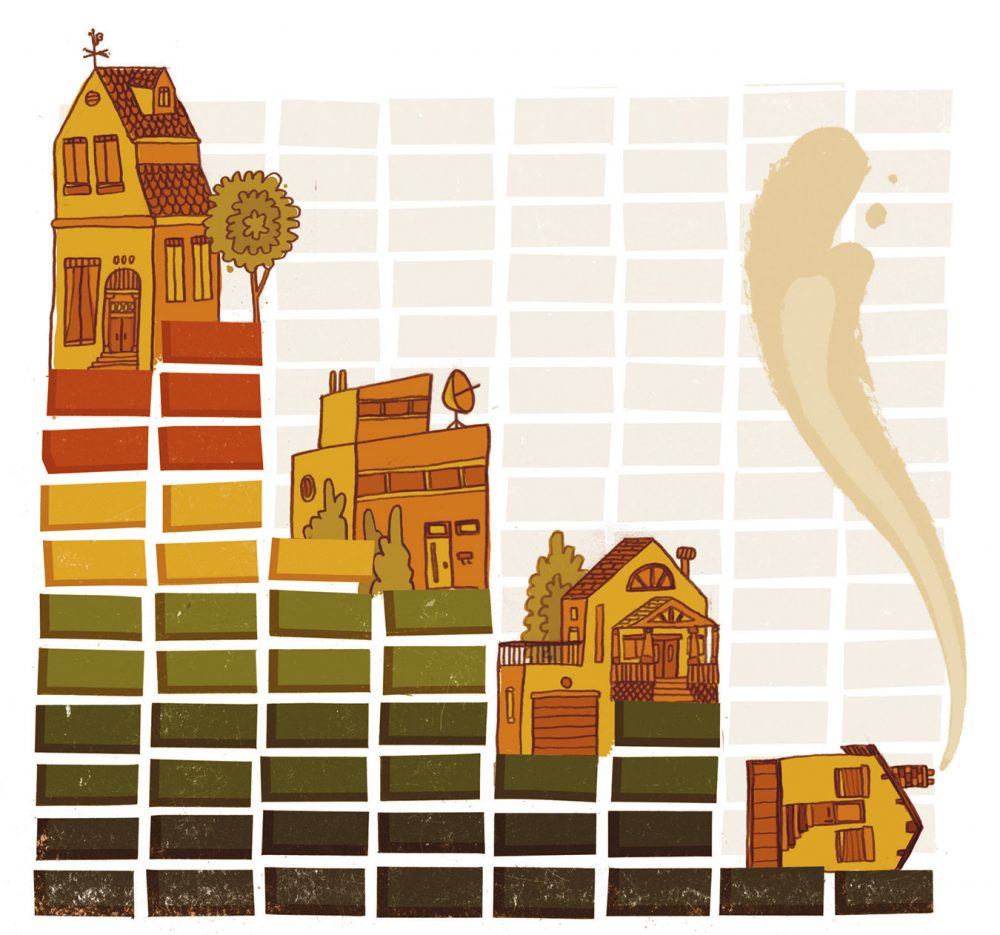 One positive side effect of the convulsions that have wracked the United States and world economies is the abundance of inventive and clear-eyed reporting tracking causes and effects. Those who used to get vicarious thrills from reading about people’s mistakes on the world’s tallest mountains can now get the same excitement from stories about the compulsive risk-taking behaviour at the highest peaks and lowest troughs of the modern financial system. Surprisingly, the most compelling investigations have been carried out not by usual papers of record but by a popular radio program and podcast.

In 2008, This American Life teamed up with National Public Radio (NPR) to produce a special episode called “The Giant Pool of Money”. It was a groundbreaking piece of journalism that turned the incoherent screams of the imploding financial markets into an understandable narrative. NPR reporters Alex Blumberg and Adam Davidson, along with This American Life host Ira Glass, provided an entertaining and lucid account of the cascading folly that destabilized the modern global economy.

The show opens with two painfully contrasting events. One is a dinner at the Ritz Carlton, being held to honour the financial wizards who invented some of the instruments that helped create the U.S. subprime mortgage crisis. The other is a conference for people about to lose their homes, thanks to the very same products. How are these two groups of people connected? And how did things get so bad? What follows is an unforgettable hour of storytelling.

Blumberg and Davidson curate snippets of dialogue, offering commentary and translating jargon-heavy speech. The show succeeds by moving deftly from the general to the specific. We meet the all-too-human faces of the people who wielded the new financial instruments and those who were battered by them; people like mortgage company sales manager Glen Pizzolorusso, who, during the peak, was making between $75,000 and $100,000 (U.S.) a month and partying with “B-list celebrities”. There is Richard, a Marine, whose home is in foreclosure thanks to an adjustable rate mortgage. He weeps when he talks about having to take money from his son’s education account. Then we meet Clarence, a part-time worker who was able to borrow over half a million dollars against his house thanks to something called a No Income No Asset (NINA) loan. When asked about this, Clarence, with refreshing forthrightness, says, “I wouldn’t have loaned me the money and nobody that I know would have loaned me the money … I know guys who are criminals that wouldn’t lend me that money and they’d break your kneecaps. I don’t know why the bank did it.”

The bank did it because there was money to be made selling packages of mortgages to the global pool of money—that is, all the money being saved in the world at any given time, or $70-trillion (U.S.)—no matter how toxic the underlying investments. By the end of the boom, lenders in the U.S. were practically encouraging people to lie about their incomes and were giving out NINA loans in order to feed the global pool of money’s ravenous appetite for more and more investments. The system had officially gone crazy.

The show offers insight into the crash from various perspectives. While it’s easy to target the corporate mindset as being greedy and focused only on efficacy—even at the expense of long-term financial sustainability—the same motivations were at play in many of the people affected by the crisis. Buyers and sellers at all levels were operating on this same basis. Excessive complexity in the market and lack of expertise in the consumer and in many of the professionals, including top executives, created a toxic stew. But the particular genius of the episode is that it foregrounds the humanity of everyone involved, while leaving listeners with the impression that perhaps we are afflicted with a debilitating combination of greed and short-sightedness. As an audience, we are capable of compassion and discernment, and it’s not impossible to see a part of oneself in everyone interviewed. Unlike much economic theory, “The Giant Pool of Money” reminds us that economies are always about people.

Just as the tragedy on Everest in 1996—a seemingly endless font of follies and tragedies—marked a period of fascination with mountain climbing, so too have the rapacious, ill-prepared, and self-deluded players of the U.S. subprime mortgage crisis created a huge new audience for stories about economics.