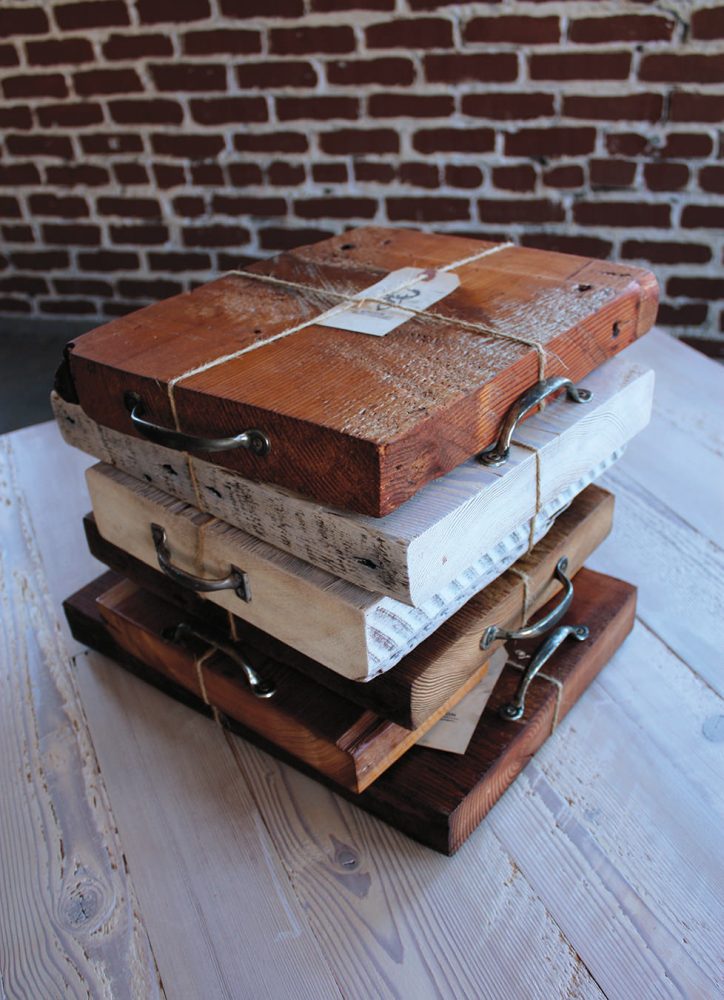 Tucked in among the artist studios and industrial warehouses on Powell Street is a derelict building where Craig Pearce, owner of the Union Wood & Supply Company, turns salvaged wood and industrial parts into new, usable objects. “It’s the white, abandoned-looking one,” he confirms cheerfully over the phone.

Not surprisingly, Pearce, an affable 28-year-old who uses a decommissioned Canada Post truck to move his work, has an affinity for the old and, to some, the ugly. “I’m one of those people that saves the last bit of ketchup because you never know when you might want it,” he says, laughing. “What if it’s all completely gone one day?” This metaphor explains the hoard of industrial tools and storied materials he stores at his workshop.

Cheeseboards made of planks of Douglas fir that were once the rafters of a Vancouver police stable were some of Pearce’s first creations. He has also found new uses for abandoned beams, shiplap and weathered bits and bobs sourced through friends working in demolition and on trips to the original Britannia Mine near Squamish. The base of an antique Toledo Metal Furniture drafting chair was fitted with a hand-carved wood seat and back, and a desk was constructed from scaffolding found on a deserted construction site. Other custom furniture includes oversized headboards, shelving units, tables and benches.

Pearce’s small objects are driven both by a fascination with his found materials and their functionality. “I collect lighting parts and ‘Frankenstein’ them together,” he says of his one-of-a-kind lamps. He’s also filling an order of staff uniforms for a café in Australia that found him simply by Googling “work aprons”. Inspired by a style that could be found in an antique industrial catalogue, Pearce’s aprons are made from salvaged military canvas, repurposed anchor rope, dead-stock grommets and hand-cut leather straps. Like everything else he makes, the raw materials might have appeared useless and old, but when combined in new ways, they’re anything but.