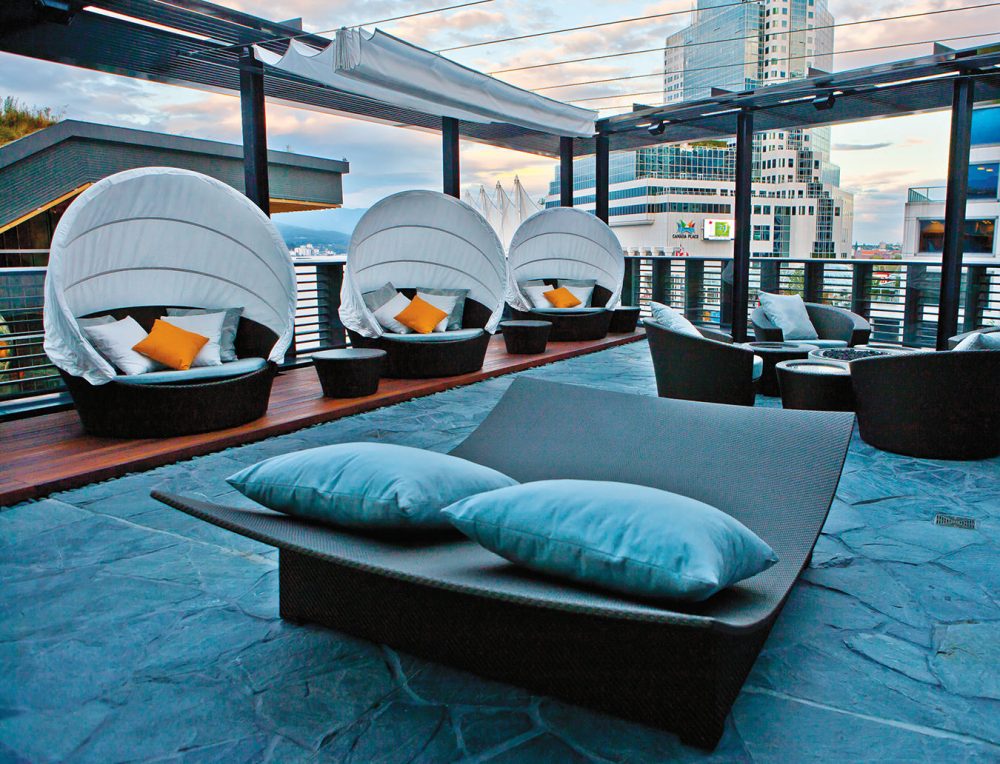 The old joke that in Vancouver you can ski, sail and golf all in a day is one that never grows old because it’s true. Vancouverites are notorious hikers, kayakers, cyclists, runners and yogis, who value a healthy work-life balance. But as the city becomes an increasingly urban, cosmopolitan and at times even competitive place, we begin to put increasing amounts of pressure on ourselves to perform in sport as we do in business; we push our bodies to achieve excellence in all aspects of our bustling daily lives.

When the Fairmont Pacific Rim opened in early 2010, their mandate was to create an authentically local experience. At the Willow Stream Spa, that meant developing a series of restorative treatments called “Van Active” that would respond to the demands of our city’s so-called “laid back” lifestyle. Paul Hawco, director of spa operations at Willow Stream, gives an example: “The Van Active Grind massage focuses on body segments that would be used to actually climb the Grouse Grind, just as equally as if you are sitting at an office desk all week and need to recover from the weekday grind.” Massage targeted on the lower back, glutes, legs and feet helps to speed recovery. Other Van Active treatments on the menu include whole body experiences, such as the aptly named Van Active Body, which stimulates metabolism to build vitality in muscles and joints.

The success and effectiveness of the Van Active program has not gone unnoticed by the Fairmont group. They solicited Hawco to help them develop a company-wide spa therapy program called StayActive Rx, which is being in implemented in Willow Stream Spas across North America. “Aches, pains and muscle and joint inflammation can prevent people from doing the activities they love,” Hawco says. “Whether these are caused from a weekend 20-kilometre run or chronic conditions from stress or age, the new spa treatments provide instant and long-term relief through effective spa products and technique that help to prevent future flare-ups.”

Even if a person is in top shape, athletes can still take advantage of the spa to prepare their bodies for activity, so that they are less likely to encounter pain during upcoming activities. As well as an additional fitness centre for pre-spa work-outs and stretching, the 15,000-square-foot spa facility includes extensive relaxation and hydrotherapy spaces. The outdoor terrace, which features private Jacuzzis and meditation pods with magnificent views of the city and harbour, is ideal for visualizing your performance at the next big game, race or regatta.

Afterwards, men may also opt for the Post-Game Facial, which is a deep-cleansing facial designed to repair and protect skin that is subject to considerable perspiration. You’ll leave feeling so relaxed and refreshed, you won’t have to worry about ever sweating the small stuff.