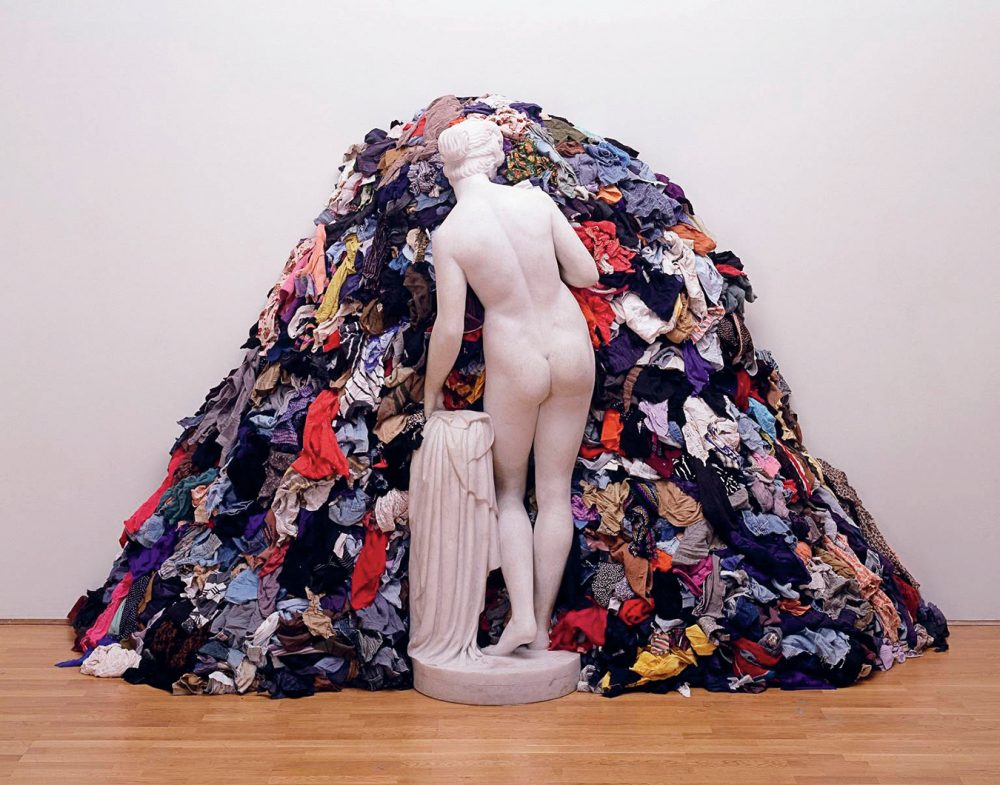 The art for which Dan Flavin is most famous are installations of tubular, multi-coloured fluorescent light bulbs, which were both mass-produced and commercially available. The need for the constant replacement of these bulbs seems to have been viewed initially by purchasers as a non-issue, or even as a novelty. At the time, Flavin himself observed that when electricity becomes redundant, his objects will cease to function. Today, however, a major issue regarding these desirable and expensive pieces concerns the availability of the replacement bulbs themselves and their discontinuation by the mass market. Museums and private collectors have been compelled to stockpile these bulbs, creating an unintentional (and unexpected) demand for a product that is otherwise obsolete.

Making art from materials that will change, decay, or be replaced is not a new trend. The most recent incarnations can, in part, be traced back to the decade after the end of the Second World War. The Arte Povera movement was composed of Italian artists who made art from anything they could get their hands on, including living creatures, vegetables, and live energy sources. Their reasons were both practical and a matter of principle: the artists had limited access to traditional supplies. But for some, it also became a statement against the commerciality of the art world.

An artist whose work well represents the Arte Povera movement is Michelangelo Pistoletto. His Venus of the Rags (1967, 1974), a version of which can be found in the collection of the Tate Modern, comprises a sculpture of Venus, who faces into a pile of “rags”, or old clothes. The placement of the rags is entirely random and impossible to replicate from display to display. Each time a version of the work has been exhibited, it has appeared differently because of the placement and replacement of these rags. And yet the effect of the work remains consistent.

While the appearance of a work may not be wholly changed by the replacement of a component, as in Pistoletto’s Venus, the commercial value of a work may well fluctuate. What are the implications of decaying or replaced material for the commercial value of such works, and for its collectors? It has become common practice for conceptual works of art to come with a certificate of authenticity issued by the artist or their estate, which is proof that the work of art belongs to someone and, perhaps even more importantly, can be sold legitimately to someone else. In the case of the series of candy spills by Félix González-Torres, each work comprised a pile of wrapped sweets left on the floor, from which viewers are encouraged to eat pieces. When the candy is gone, the owner of the work replaces it, and the work is regenerated. González-Torres, now deceased, left suggestions for owners of such pieces, including the ideal amount at which to start and the brand of candy: Fruit Flashers made by Peerless Confection Company and wrapped in multi-coloured cellophane. The Peerless Confection Company went out of business in 2007, and ultimately, the arrangement of the candy is left to the discretion of the owner. What, one may well ask, does the owner own? In this case, a certificate of authenticity, an idea, and the opportunity to continually buy candy. And yet there is great demand for the artist’s work. The record price at auction for González-Torres was $4.6-million in 2010.

This past summer, the VanDusen Botanical Garden hosted artist Nicole Dextras, who created 21 “little green dresses” made from plant material over the course of two months. These dresses were displayed outside and slowly decomposed during the exhibition, creating a poetic reflection on the passage of time and our society’s general disregard for “green” clothes. Because they decayed, the dresses were photographed when they were first made and recorded for posterity.

As in this case, a museum or institution might be in a better position than a private collector to document works of art that will eventually disappear. Professional and close photography, as well as detailed records, can be maintained long after a work, or a part of a work, vanishes. The legacy of pieces such as the 21 dresses and, eventually, the work of Dan Flavin seems to depend on how well it can be documented and remembered by those who saw it. Until we make it again.