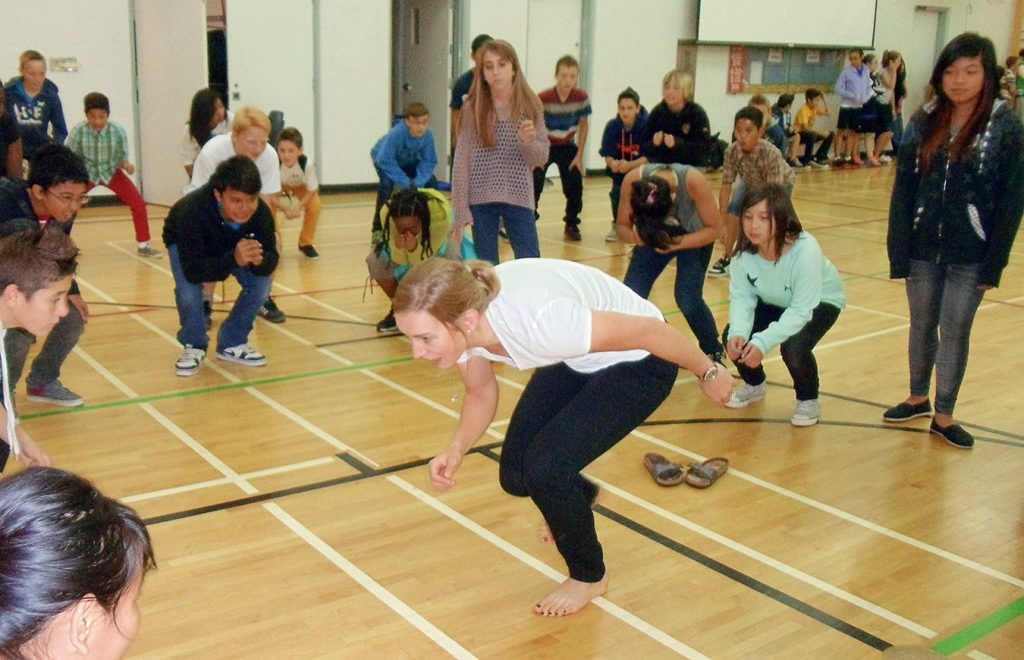 The 2010 Winter Olympics in Vancouver and Whistler was a high point for Canadian pride. Olympic athletes became heroes and role models for children. And who better to teach kids about the environment? Clean Air Champions (CAC) is a national charity that comprises over 210 current and former Canadian Olympic, Paralympic, and national team athletes who give back by going to schools, communities, and summer camps to teach youth about how their daily living and transportation choices affect the environment and their own health.

North Vancouver’s Lauren Wilkinson is a rower who won a silver medal at her first Olympic Games in London 2012. “As a Clean Air Champion, I have the opportunity to encourage a similar interest in environmental stewardship and sustainable active living in the kids and the teachers that I speak with. Often, the students don’t realize how much small changes in their lifestyles can improve their health and reduce their environmental impact. It’s incredible to witness the moment when a young person first realizes that they have the potential to effect major positive change.”

The HSBC Clean Air Achievers (HSBC/CAA) program is aimed at youth in Grades 5 to 9 across Canada. The goal of this free program is to reduce air pollution and increase physical activity levels among kids by encouraging them to use active modes of transportation, such as walking or cycling. After each Champion’s in-class multimedia presentation, students log in to Trip Tracker, an online calculator where travel trips are recorded. Here, they can see how their individual choices affect air quality and their fitness levels. Last year, over 15,000 kids across Canada participated.

In 2013, CAC became the first Canadian charity to win the International Olympic Committee’s Sport and Environment Award, granted to organizations that have shown initiative and taken action to drive environmental change in their country. The Landmark “Tools of Change” Program of Distinction was also awarded to HSBC/CAA last year.

“In the fall of 2010, national team cyclist Brandon Crichton cycled through the first snowstorm of the year to deliver his presentation to a Grade 7 class at Irwin Park School in West Vancouver,” says Deirdre Laframboise, the executive director of Clean Air Champions. “The students were so excited after Brandon’s presentation that they decided to set high active-transportation goals over the year and posted their great results on a bulletin board for the entire school to see. This story sums up so much of what CAC is about—educating and empowering youth to take actions that make a difference, and inspiring youth to become Clean Air Achievers for life.”

Olympic long-track speed skater Brittany Schussler (Turin 2006 and Vancouver 2010), and who is currently the world-record holder in team pursuit, is also a big supporter of Clean Air Champions. “I believe that a part of my job as a professional athlete is to give back to the community,” she says. “I really enjoy working with kids because they are so enthusiastic and fun. Sometimes we forget what it’s like to have an open mind, and hearing questions and comments from young children is a great reminder to be open to new ideas.”