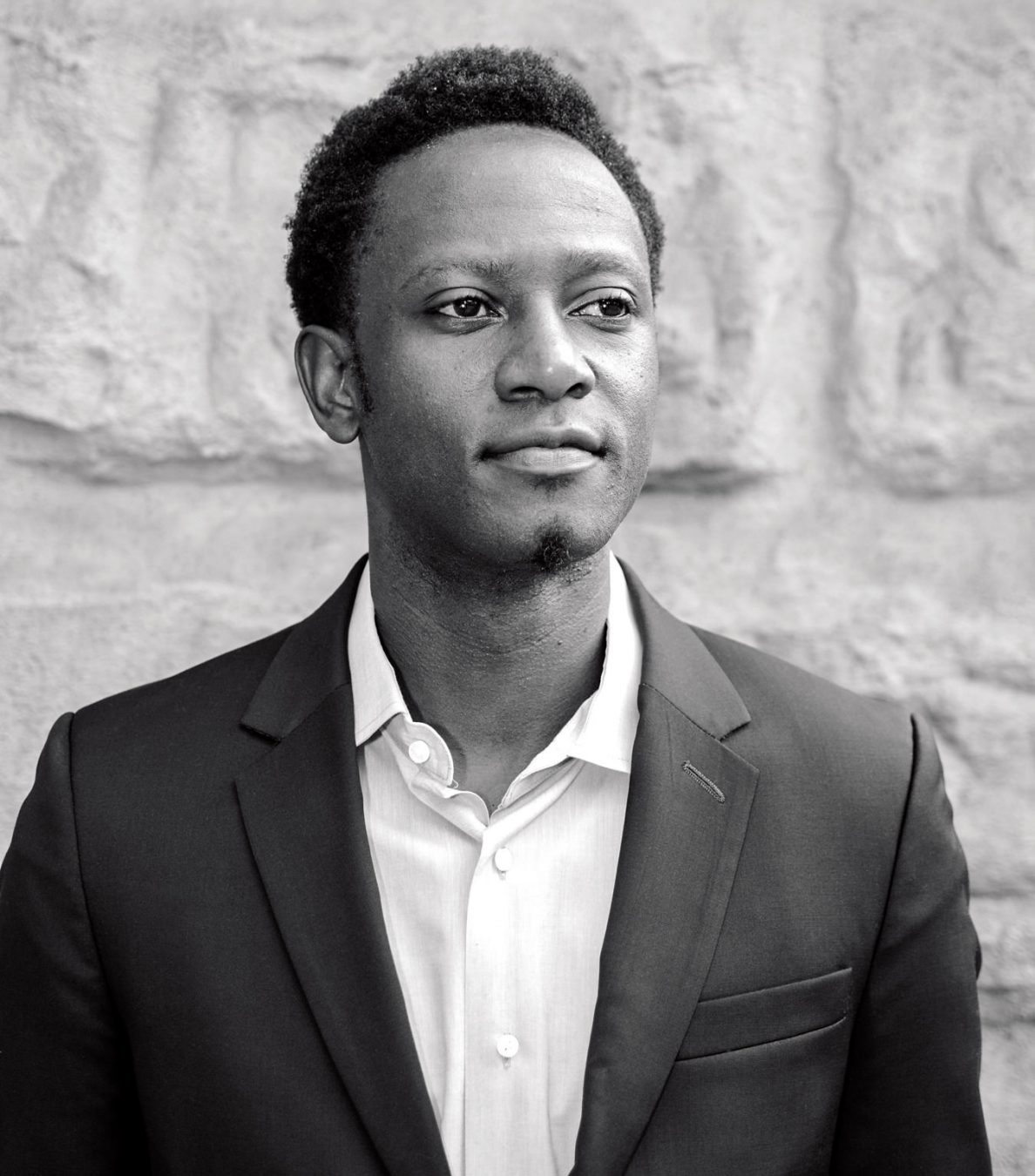 On a drizzling November evening at the Vancouver Art Gallery, Alpha B. Kirabira welcomes attendees to the Little Black Dress Gala, a fundraiser for the charitable organization he started called Help Change My City Alliance. After showing a video about its outreach work with the Lower Mainland’s homeless, marginalized, and at-risk youth, he asks a young woman profiled in the clip to come forward. To polite applause, she thanks this man from a faraway land for helping her escape from being sexually trafficked.

We tend to think of charities involving Africans in terms of us providing assistance to them, not the other way around. Yet here is a man who spent part of his childhood in an orphanage in war-torn Uganda, changing young lives on our streets with a message of hope that flows from one powerful realization: Someone values me. I am not alone. “I wanted to give back to the country that has given so much to me,” Kirabira explains, sitting in the tiny Yaletown office he shares with his organization partner, Christine Michelle, who spent eight years working in Congolese refugee camps. The son of a single mother (since remarried), Kirabira, who has a sister and three step-brothers, was sponsored by a Canadian family to come to Canada when he was 12. He attended high school in Surrey, and then returned home to visit at 17. That’s when he says he found his calling. “My mom always told me, ‘If you’re not giving, you’re not living,’” he says. “No matter how rich you are, you’re not truly successful until you’re giving back, completing the circle.”

Kirabira and his mother started two schools in Uganda, launched community outreach programs, and opened a home for infants. To fund their humanitarian goals, they started a printing and publishing company and a guesthouse for foreign aid workers. “My mom taught me how to make things work,” Kirabira recalls. “To create opportunities with limited resources to help kids get an education, and a chance.” These Ugandan enterprises continue to fund his work with Lower Mainland youth, until partners and fundraising grows.

Back in the Lower Mainland to attend university, Kirabira started renting gyms in tough neighbourhoods like Whalley, buying food for kids who showed up and offering them life skills coaching. “I wanted to help youth emerge from a difficult place in their lives and eventually reach the point where they could give back to their community,” he says. In 2012 he started Help Change My City Alliance to broaden this mentorship. Today, it operates on our streets and in our schools, providing personal growth support, life coaching, leadership, and skills training. “You can tell from these kids’ faces that they have gone through a war zone day to day,” Kirabira says. “So we try to break down their negative self-image, first by letting them know that they are loved, valuable, cared for, and part of a community. Then we draw from that to help them find employment.” Kirabira admits that it can be challenging to gain the confidence of marginalized youth who have learned to mistrust the world as he tries to help them go from being homeless to being employed. “Some kids tell me that a lot of people have tried to help them but they eventually leave,” he says. “I assure them that we’re not going anywhere. That we’ll commit to you if you commit to us.” They keep this relationship going after, too, letting youth know that their door is always open.

For Kaleigh Mahoney, the woman Kirabira introduced at the Little Black Dress Gala, that commitment helped her escape from the sex trade and get her life back on track. “I didn’t trust men at all,” she says. “So to have someone who was a good person show me how I should expect to be treated by a man was pivotal for me. At times I’ve thought of Alpha as my guardian angel.” Mahoney, who is now married with a son, now gives back by sponsoring a scholarship in her former high school, awarded to students who persevere through family struggles, emotional issues, bullying, and abuse. Like her Ugandan-born mentor, she’s helping change her city: first, one young life. And then another.