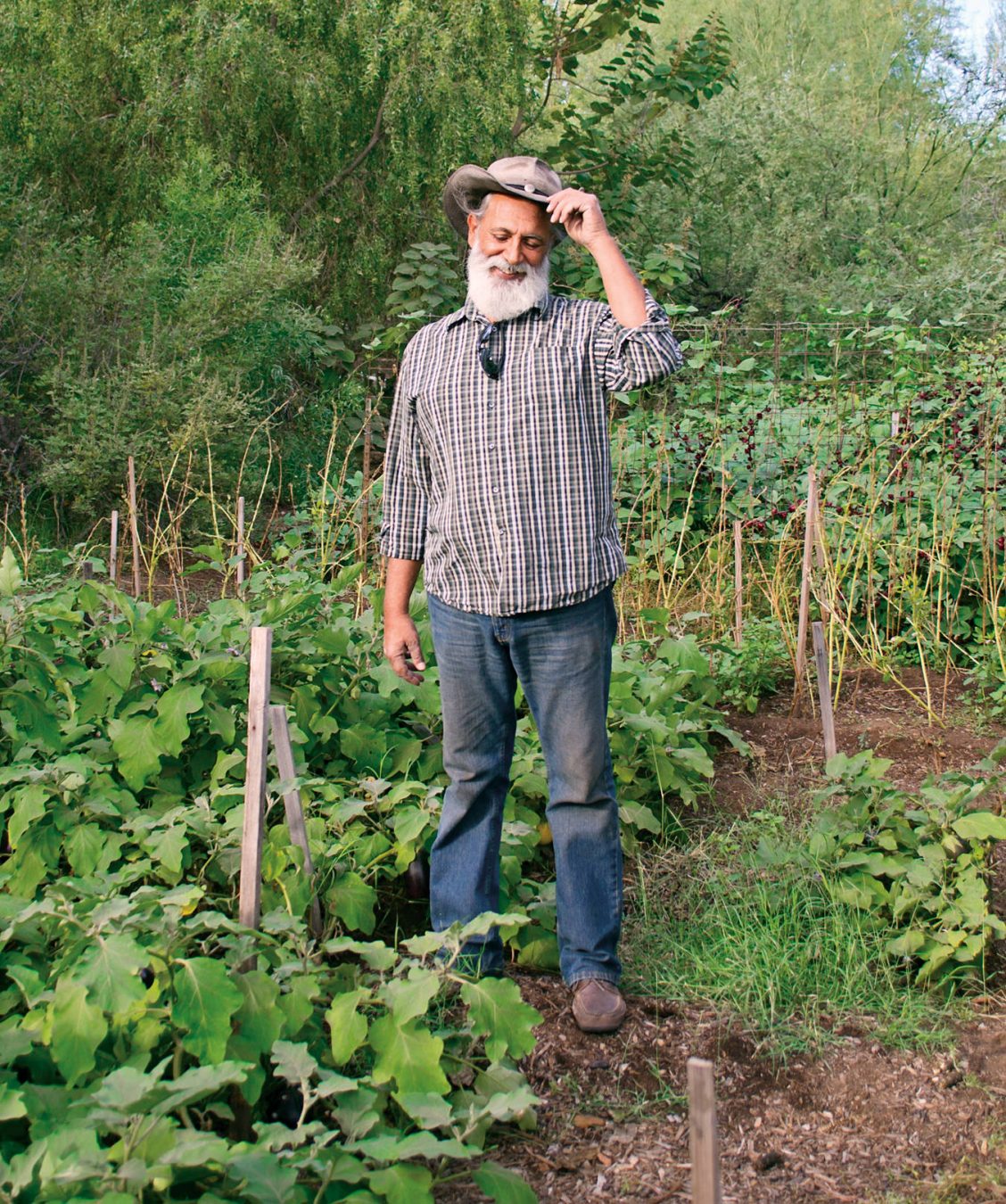 At 7 a.m. at the top of the Wind Cave Trail at Usery Mountain Regional Park, golden sunlight illuminates the entire valley, revealing panoramic views of Greater Phoenix below. America’s fifth-largest metropolitan area is made up of more than 20 communities that, despite the Sonoran Desert, blanket a fertile valley, once largely farmland. In Phoenix’s eastern communities of Scottsdale, Mesa, Gilbert, and Queen Creek, many stalwart independent farmers remain, determined to lovingly coax the best from their soil and educate customers that flock to their pastures, orchards, and fields on the whole story of their food. It’s no surprise, then, that so many celebrated chefs call this area home—the bounty and variety of products available in their own backyard year-round provides them with so much to play with.

Chef Charles Wiley is recognized by the James Beard Foundation as one of America’s Best Hotel Chefs, and launched ZuZu restaurant at Scottsdale’s mid-century modern Hotel Valley Ho when it re-opened in 2005 after an extensive $80 million renovation to the original 1956 property. To share his joyous sense of culinary adventure, Wiley heads to the McClendon’s Select stand at the Uptown Farmers Market and introduces founder Bob McClendon. In his 70s, tall, robust, and adorable in suspenders, McClendon has been farming his nearby 25-acre plot for almost 40 years—and has built an enthusiastic following of Arizona chefs and home cooks with his over 100 varieties of organic fruits and vegetables.

Wiley has also been a patron of Ken Singh, a charming, white-bearded farmer-philosopher who owns 60-acre Singh Farms, just a block from Scottsdale’s suburban sprawl. In 2003, when Singh planted his first crops—after leaving a lucrative corporate career and finally following in the footsteps of his Indian emigrant father who’d farmed in Arizona for decades—the plot was a dusty disaster. Aerial photographs show a barren patch of cement-like, caliche-topped soil. Employing home-grown compost (which he also sells to the public, resorts, and institutions), a protective canopy of trees, crop rotation, companion planting, and, most importantly, ardent reverence for Mother Earth, Singh has transformed the land into a fertile Eden, its nutrient-rich soil bearing myriad native and heirloom crops—which are picked less than 24 hours before the sold-out Saturday market.

Charleen Badman, co-owner of Scottsdale’s FnB restaurant and twice nominated by the James Beard Foundation as Best Chef: Southwest, is a frequent visitor to Singh Farms, and has been dubbed the “veggie whisperer” for her magic touch on FnB’s vegetable-forward menu. Her business partner and beverage director Pavle Milic is equally passionate about highlighting local producers, with his Arizona-centric wine list and adjacent Bodega Market, featuring a selection of labels from Arizona’s 100-plus wineries, local produce (much of it from McClendon’s Select), and local brands.

At Sossaman Farms, heritage wheat and other ancient grains reach up toward the sun alongside soaring palm trees before they’re harvested and ground at onsite Hayden Flour Mills. “We want you to taste the terroir of the grain,” says owner Jeff Zimmerman. Just down the road, Perry Rea, one of only 20 olive oil sommeliers in world, has his farm, mill, marketplace, and eatery, Queen Creek Olive Mill. Rea has spent the past decade growing his solar-power-fueled “blossom-to-bottle” business into a community hub that celebrates the fruit of more than 7,500 olive trees, transformed into countless varieties of cold-pressed extra virgin olive oil, tapenades, soaps, salves, scrubs, and impossibly moist cupcakes.

This region is verdant, fertile, almost lush—certainly not what one would expect for a desert.