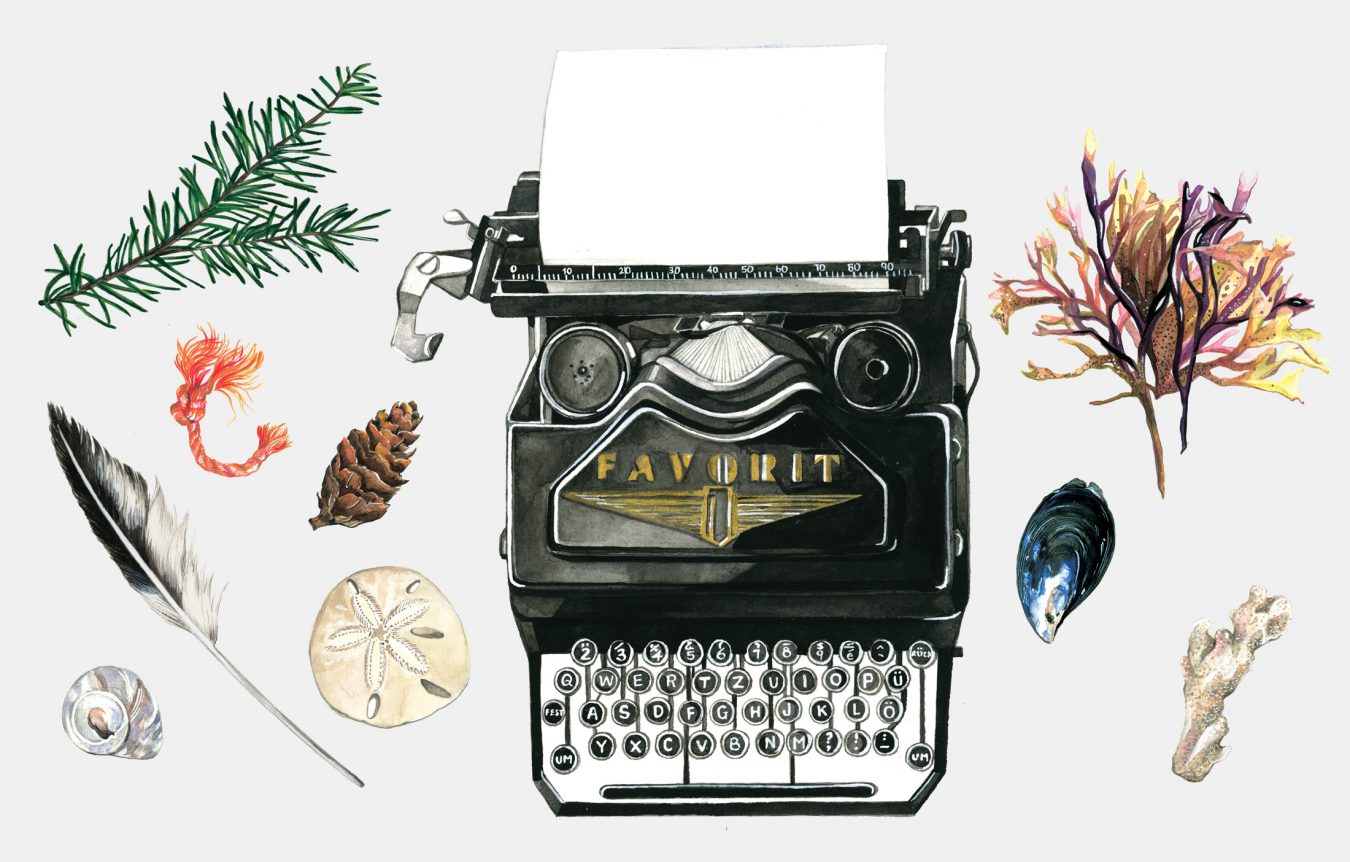 Audrey Thomas captured an entire era when she penned her 1984 classic, Intertidal Life. The novel painted an indelible portrait of British Columbia’s Gulf Islands in the 1970s—populated by eccentrics, rebels, and hippies—but it also illustrated what it was like to be a writer in the remote reaches of the province. Its isolation and wind-swept, wild landscapes have attracted many an author, and that continues today, with thriving literary communities that welcome readers and writers alike.

The rugged island outpost of Galiano is chief among these arts-minded enclaves. The village of just over 1,000 people has a rich literary history, counting both Thomas and the late Jane Rule as notable residents. Now a new generation has decamped to the island, including rising star Michael Christie, author of the Giller-longlisted If I Fall, If I Die, who, until recently, lived here full-time.

The community is also home to legions of bookworms. Enough, in fact, to support a library; a gem of an independent bookseller, Galiano Island Books (recently praised as an “excellent bookshop” by The Guardian); and a well-attended festival that attracts blockbuster authors like Heather O’Neill.

Guests of the annual Galiano Literary Festival, held at the oceanfront Galiano Inn, can book in for a restive retreat, wandering the lush gardens or hitting the spa for an out-of-this-world massage, eucalyptus steam, or float therapy session. Outdoor enthusiasts can get their Thoreau fix by hiking nearby Mount Galiano, or else paddling the coast with Galiano Kayaks, communing with seals and starfish. Later, return to the picturesque inn to soak up all the inspiring author talks on offer.

Lee Trentadue, bookstore owner and festival organizer, explains why the island tends to attract literary types. “It’s not as well-developed as places like Salt Spring, so it’s quieter, and contemplative,” she says. “Once you get a core of authors and artists on an island, they start pulling in others who want that experience, and know that there is a group of fellow writers that they can associate with and draw support from.” The wilderness is a big factor, too, she says, pointing to the swaths of land that remain near-pristine, protected by the island’s Conservancy Association.

Another B.C. literary stronghold worth a visit is the mountain town of Nelson in the Kootenays. There are so many published authors in this hamlet of 10,000 that its resident bookshop, Otter Books, has dedicated an entire section to local titles. Authors on offer range from newcomers like Roz Nay to veterans like Deryn Collier, Anne DeGrace, and the town’s cultural ambassador Eileen Delehanty Pearkes.

Over lunch at a popular haunt, The Library Lounge at the Hume Hotel, the latter three authors describe the scene in Nelson, which has roots that stretch back to a Jesuit university founded here in the 20th century. “The literary life in Nelson is totally embedded in the community,” Delahanty Pearkes says. “We take pride in ourselves.” There are weekly events, from book launches to readings, and writers regularly turn out to lend each other support.

“That’s a big inspiration,” agrees DeGrace. “For me, knowing that I am in a community of writers—that I have a cohort, and I can imagine them all squirrelled away in their little nooks, tap-tap-tapping away—that gives me courage to do it myself.” The scene is so vibrant, in fact, that the rest of the country is taking notice. The Toronto Star has named Nelson’s annual Elephant Mountain Literary Festival one of the best in the country. And with good reason, as it combines small-town charm with some of the best headliners CanLit has to offer.

Festival-goers can hole up with a good book at the exquisite treetop oasis The Cloudside Hotel, or camp out with laptops in airy cafes like Oso Negro (which, incidentally, grinds up some of the best beans in B.C.). Those wanting to stretch their legs have plentiful options as well, with hike routes like Pulpit Rock close at hand.

Meanwhile, book-lovers will find a similar vibe on the scenic Sunshine Coast. Here, too, many are leading a writer’s life—from newbies like Kara Stanley (Fallen: A Trauma, A Marriage and the Transformative Power of Music) to blockbuster author Naomi Klein, of No Logo fame, who’s lived here on and off for the past decade.

Nightwood Editions publisher Silas White, who grew up in the Sunshine Coast’s Pender Harbour and is now based in Gibsons, says being so far from Toronto’s cocktail party circuit is an advantage for independent houses like his, allowing time to focus on building relationships with authors.

And the region certainly doesn’t suffer a lack of enthusiasm for the written word. Sechelt’s Sunshine Coast Festival of the Written Arts, which celebrated its 35th anniversary in 2017, is legendary for its packed audiences, regardless of the time of day or night. Producer Jane Davidson says the festival has become so popular that the Sunshine Coast Regional District offers a five-week festival preview course, zeroing in on books by local and visiting authors. “It’s amazing,” she says. “It’s an incredible promotion, not just for the festival, but for the authors. They come in to the festival, and they already have in their audience 50 people who have already read their books.”

Writers and readers alike love attending this lively gathering, and it is little wonder why. Attendees can stay at the beachfront Bonnie Brook Inn, enjoy forest walks in Cliff Gilker park, stop for smoothies and salads at Gourmet Girl, and wrap up the day in Gibsons Landing, with mouth-watering tacos at lively Lunita’s on the wharf. Best yet, though, they can browse the curated collection at Talewind Books in Sechelt and pick up a few festival titles. That’s where this writer discovered Pat Carney’s delightful On Island, yet another testament to the rich literary life in B.C.’s tiny towns.