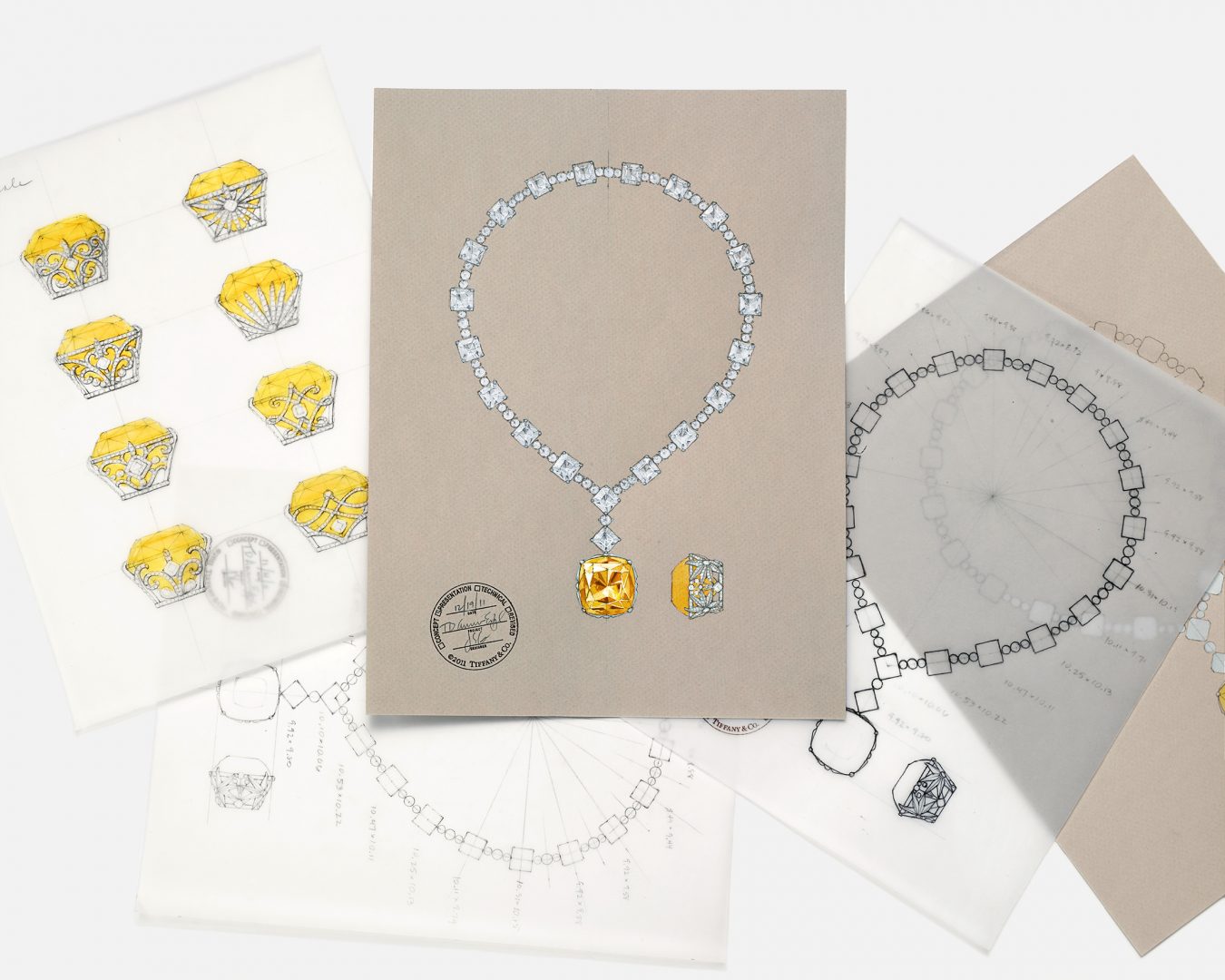 Smouldering, beckoning, remarkable. The words tangle with one another to define something so awe-inspiring, it is difficult to describe. But for Melvyn Kirtley, standing at the corner of Burrard and Alberni mere moments before Tiffany & Co. opens its doors on what is a momentous day for the brand’s Canadian division, these three words roll effortlessly off his tongue. Just beyond the windows he can see it, a stone that forever captures his eye: the smouldering, the beckoning, the remarkable Tiffany Diamond.

Indeed, it is marvellous. Weighing in at more than 128 carats, the Tiffany Diamond sparkles with a magnitude of natural light. Even standing on Vancouver’s cold winter streets, Kirtley can see the warm glow produced by the diamond, maximizing the beauty of its inherent yellow colour. What a treat for Vancouverites to have something so spectacular and iconic within their reach.

“Whichever angle I looked at, I could see the diamond,” Kirtley, Tiffany & Co.’s chief gemologist and one of the select few people in the world who is authorized to hold and handle the diamond, says, now seated warmly inside the newly renovated 9,762-square-foot Canadian store. “It’s a real magnet.”

The Tiffany Diamond does not travel often, but when it does, it jets to the world’s most fabulous destinations, including Paris, Beijing, and Dubai (and does so shrouded in secrecy, with a transportation route that not even Kirtley knows in its entirety). In celebration of Tiffany & Co.’s 10th anniversary in Vancouver, the diamond, for the first time in its history, arrived on Canadian soil. It shone bright for all to see from Nov. 4, 2017 to Jan. 4, 2018, giving Vancouverites, without a ticket or appointment, the opportunity to gaze upon what company founder Charles Lewis Tiffany (nicknamed the King of Diamonds) purchased in 1878: a stone that symbolizes pure craftsmanship. “It remains the kind of kernel, that DNA, that richness that brings us to where we are now,” Kirtley notes. Quite simply, the Tiffany Diamond is the heart and soul of the company. It is the epitome of Tiffany.

So, how did Vancouver get so lucky? “For Canada, this is an enormously important store for us,” Kirtley says of the Burrard Street shop. “It’s quite a dramatic store. It’s a wonderful Canadian boutique. For us to launch our newly renovated store here, to have the Tiffany Diamond was just the perfect thing to do. It was very deserving of that.” Kirtley goes on express his fondness for the Vancouver costumer: a shopper who is local, but has grand international flair.

Although it calls the New York City Tiffany & Co. flagship on Fifth Avenue and 57th Street home, the Tiffany Diamond is an ideal fit for Vancouver. Birthed from the rough and transformed into something fundamentally breathtaking, the diamond, like its host West Coast city, is a thing of natural beauty. It’s true what those lucky enough to have gazed upon it in person say: this is a very special diamond, with a very special magic.