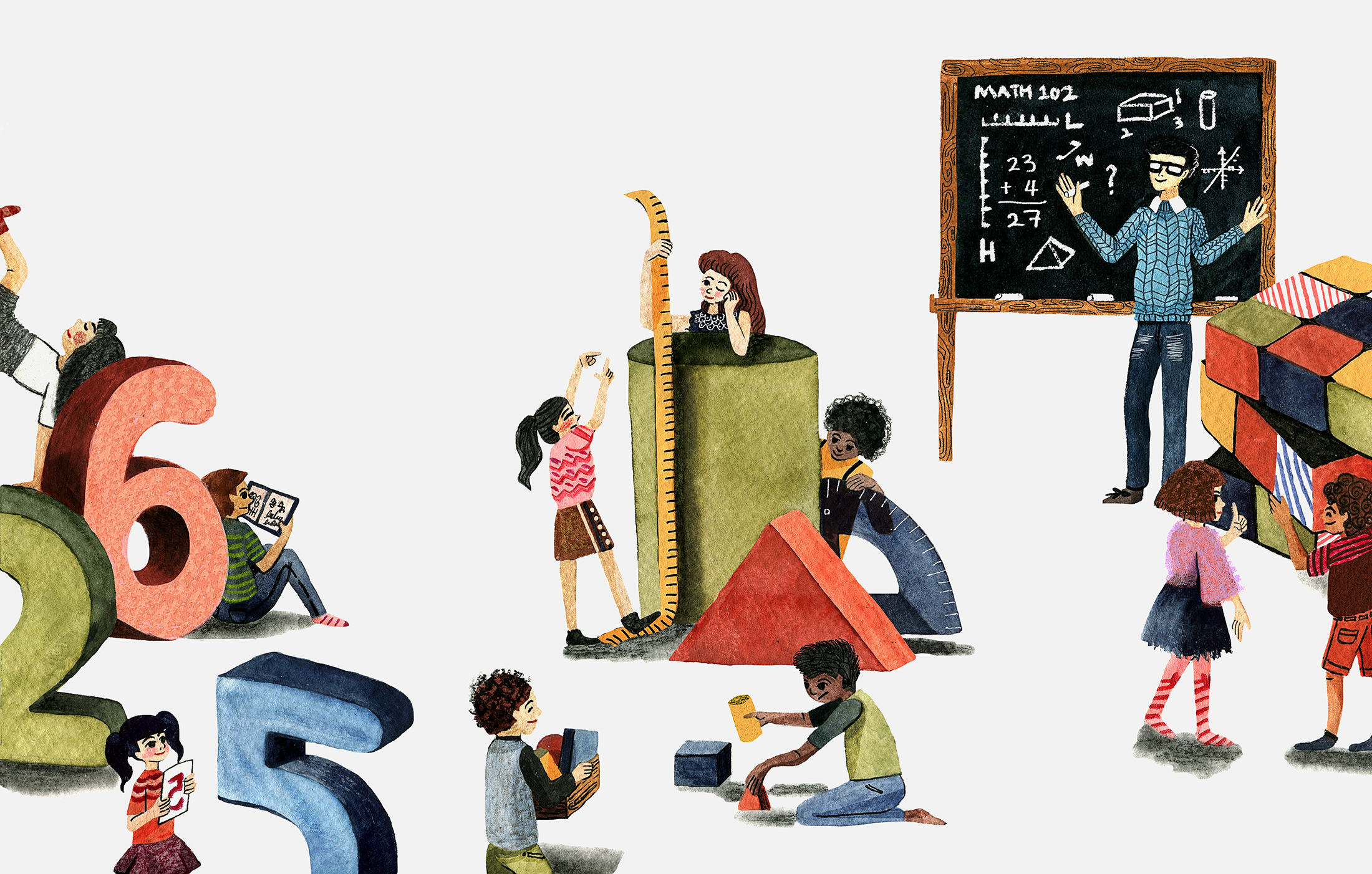 Exactly how old is a number he makes his rapt audience figure out by counting backwards from the year of his birth. “That’s as old as my grandma,” one student chimes in when the number emerges. Another student in the back gets everyone to turn their heads and stare when she proclaims: “My dad is at least that old. Maybe even older.”

Heads turn back to the front of the classroom when Jungic instructs the students to guess a smaller number and a much bigger one by figuring out how long he has been teaching and how many students he has taught over the years. “That’s a very good guess,” Jungic responds encouragingly when one student comes up with an incorrect answer. “Try again.” It is another lesson in math.

Professor Jungic, or Dr. J as he’s known, has been teaching undergraduate mathematics at Simon Fraser University since 2001. And for the last eight years, he has also been promoting mathematics to a different audience—and his classes in elementary schools, like this one at James Kennedy Elementary in Langley, are much smaller. These young students fidget. Some of them absentmindedly swing their feet off the ground.

That boredom disappears, though, when Jungic begins telling the Grade Four pupils to see the math that is all around them—in everything from the door where a cat named Daisy sneaks out, to the marvel of broccoli as an example of a Fibonacci sequence.

“Do you do algebra?” one student asks.

Jungic is visiting these students as part of the Math Catcher outreach program, which he founded in 2011 to instil a love of math in young kids—especially those in Indigenous communities. Math Catcher brings school pop-ins, workshops, and camps to underserved parts of British Columbia, helping demystify a subject that many children find intimidating. With the youngest group of students in the program (children under the age of five), he uses circles and triangles on the Math Catcher banner to teach them about different shapes. Kindergarten classes add up numbers to discover Jungic’s age, and the Grade 1 and 2 students realize they can count objects they cannot see. In Grade 3 and 4 classes, 3D-printed sticks are brought out to demonstrate the principles of tensegrity by building buckyballs that expand and shrink.

Jungic believes that increasing the number of Indigenous students interested in math is the way to get them into post-secondary education in larger numbers. According to a Statistics Canada report from 2011 (the most recent one available), just two per cent of the province’s high school Indigenous population completes Principles of Mathematics 12, a compulsory entrance prerequisite for many post-secondary programs in B.C., compared to a completion rate of 25 per cent for the rest of the non-Indigenous populace. To combat this, Jungic culturally tailored Math Catcher to fit his audience. The program has produced bilingual picture books and animated films in several First Nations languages, including Blackfoot, Cree, Squamish, Heiltsuk, Nisga’a, Sliammon, Halq’eméylem, Hul’q’umi’num’, and Huu-ay-aht. Jungic hopes that if he can get students to recognize themselves—as they will in the character of Small Number in an animated video series he co-created—there will be instant recognition in the relevance of math.

Jungic, who loved the subject early on as the son of a physics teacher growing up in the former Yugoslavia, uses storytelling, imagery, riddles, pictures, and hands-on activities to dispel the myth that math is boring or abstract. On a projector screen, he shows the Langley students a mask made by the Heiltsuk Nation in Bella Bella and asks, “What’s mathematical about this mask?” After he begins highlighting with a pointer, the students see circles and symmetry. When he next projects weavings from Skwetsimeltxw Willard “Buddy” Joseph and Chepximiya Siyam’ Chief Janice George, the co-founders of L’hen Awtxw Weaving House with the Squamish Nation, the kids quickly catch on; without Jungic’s prompting, they shout out that they can see the symmetry in the design. When Jungic then shows the Métis flag on the screen, the students automatically see the white infinity symbol. The understanding has started to take root.

“He gets them completely engaged by showing them that math is everywhere,” says the students’ teacher Leilani Langer. “And when they see it, they see it all the time.” Langer says the last time she brought Jungic in to one of her classes, two of her pupils came to her afterwards and told her that they wanted to go to Simon Fraser University to study math.