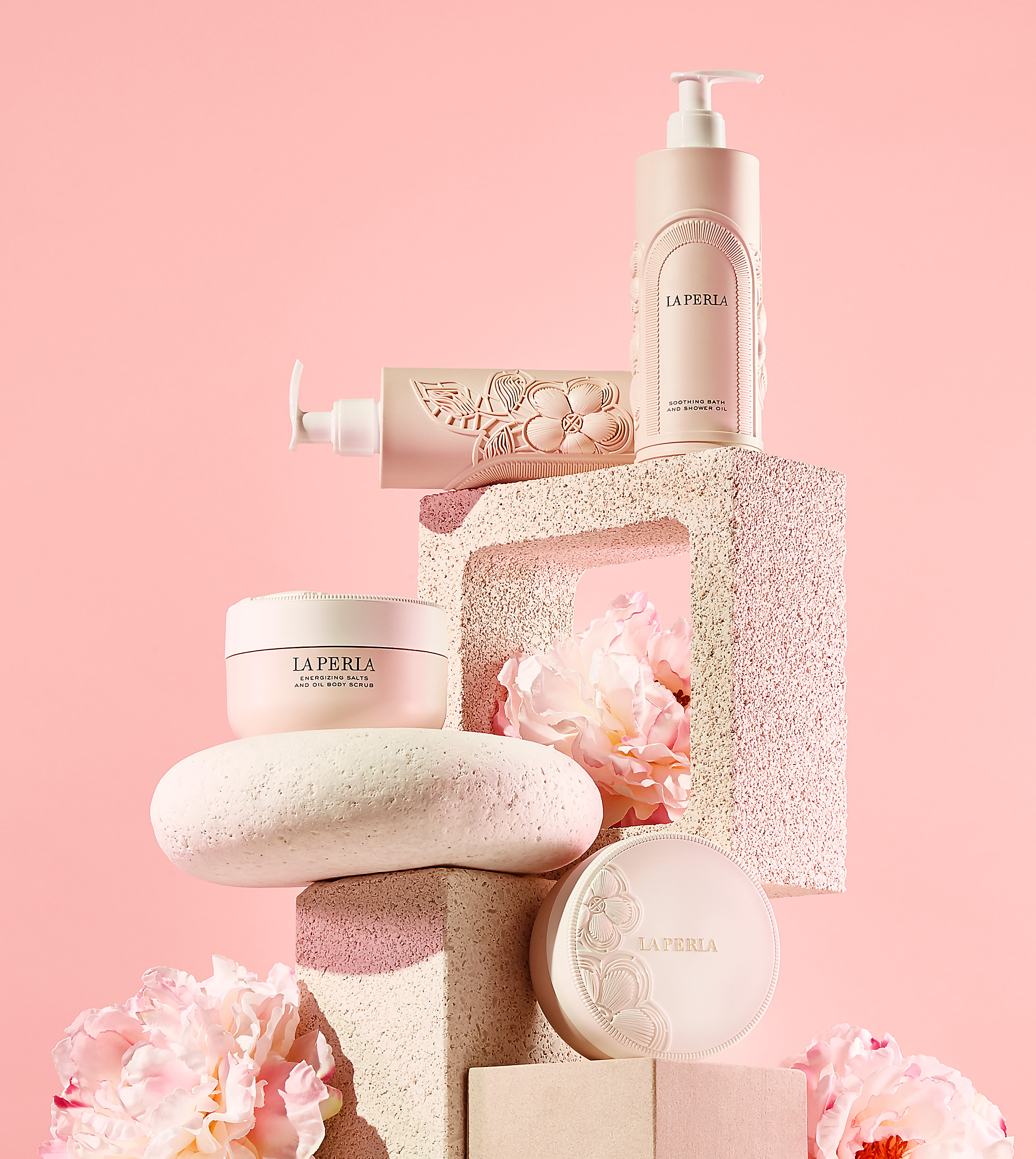 In 1954, Ada Masotti changed humble knickers as we know them. A skilled seamstress in Bologna, Masotti hired a couple of assistants and set up an atelier in her apartment to craft exquisite intimates. In the beginning, women came to her for custom-made garments, but when Masotti expanded to a factory in the 1960s, her first salesman caried her creations in a small leather suitcase lined in red velvet to lingerie stores. Shopkeepers snapped them up. La Perla, named for the precious pearls admired by Masotti and her son Alberto, quickly became synonymous with the world’s most luxurious undergarments.

La Perla remains one of the few heritage fashion houses founded by a woman. Rooted in Italian heritage and craftsmanship, each lingerie piece is still handmade by expert sewers. Yet La Perla has always innovated—1950s neutrals gave way to 1960s florals, and by the 1970s, with Masotti’s daughter-in-law Olga Cantelli as beachwear designer, jersey fabric signalled the new freedom of movement. By the 1980s, the brand had expanded its swimwear collections, which, with its lacy underthings, landed on chi-chi shelves in Europe and the United States. A decade later, flagship stores opened worldwide. But in 2022, with a crowded consumer market, how does a heritage house stay relevant when its roots are in corsets? For La Perla, a company that knows women intimately, the answer is to craft a premium beauty and body-care line.

“It was 2019, and I was studying astrophysics at Princeton University when I got a text from Stefanie Fitzgerald [co-founder of La Perla Beauty],” says Dr. Leslie Smith, La Perla’s chief research and development and regulatory officer. Smith had worked with Fitzgerald for almost a decade at Coty, and “she asked if I’d like to go back into fragrances with her. We then had coffee, and I thought the project sounded exciting.”

The proposed beauty team would be nimble—they’d start with just six people and a small stable (four body-care products, five makeup products, and nine fragrances). Smith’s PhD in organic steroid chemistry and postdoctoral position at the University of Geneva (he established the Global Center of Excellence for Global Fragrances in nearby Versoix) qualified him to take on high-grade formulations.

But no sooner had Fitzgerald, Smith, and the rest of the team assembled than the pandemic hit. Nevertheless, their combined decades of collaboration meant the team was well positioned to start getting scientists and supply chains going. “We all had great connections in the industry—a lot of them, besides being personal friends and professional colleagues, probably thought we all still worked with Coty,” Fitzgerald notes with a laugh.

La Perla Beauty’s immediate goal was to bridge luxury and sustainability. “We set out to create a luxury beauty brand that’s true to the mother brand with its craftsmanship and Italian-ness,” Fitzgerald says. While the packaging evokes the beauty bottles your grandmother used, their contents are grounded in present-day science. “We can be luxurious, but we can also be sustainable and refillable, because when we looked at other beautiful brands, they often neglected that part.”

On the brand’s website, an alphabetical glossary lists ingredients to as little as 0.01 per cent of the formulation. “It required some arm-twisting with our fragrance suppliers to disclose their ingredients since it’s not standard practice,” Fitzgerald explains. “But it was key for us to be transparent.” From the body scrub’s shea butter and jojoba seed oil to the mascara’s radish root, each ingredient meets rigorous EcoVadis and Butterfly Mark certification—clean, ethical, and sustainable.

La Perla isn’t the first heritage brand to venture into beauty and skin care: Gucci, Dior, YSL, and recently Valentino Beauty have capitalized on legacy to launch beauty lines. “Today’s consumer is now looking for authenticity, and those brands have stood the test of time,” Fitzgerald explains. But unlike many of the bigger fashion houses, La Perla’s fashion arm doesn’t license its beauty products. “We’re owned by the same company and consider ourselves as one,” says Fitzgerald, who consults with the lingerie team at least once or twice a week. “Each of our bottle shapes and products has been worked on in consultation with the lingerie team.”

That consideration extends internally as well. “Because we come from lingerie, our focus is women,” she insists. Hiring practices reflect that “the majority of the team at all levels is mostly made up of women.” And because Masotti felt there was no one type of woman, La Perla Beauty channels that same spirit. “We are a daughter, a good friend, a lover, a professional, a mother—and we are always a bit different in these roles,” Fitzgerald proffers. La Perla Beauty requests its influencers not retouch photos.

The pandemic has only accelerated our desire for comfort and nostalgia—the very stamp of heritage brands. But La Perla sees itself differently from others. “We can exist very well next to them because they all have a much more defined beauty ideal. We don’t have a beauty ideal,” Fitzgerald explains. “La Perla is worn under all those clothes—no matter if you’re wearing Chanel or Gucci, you’ve got La Perla on underneath.”

La Perla’s beauty range is the layer underneath that underneath.