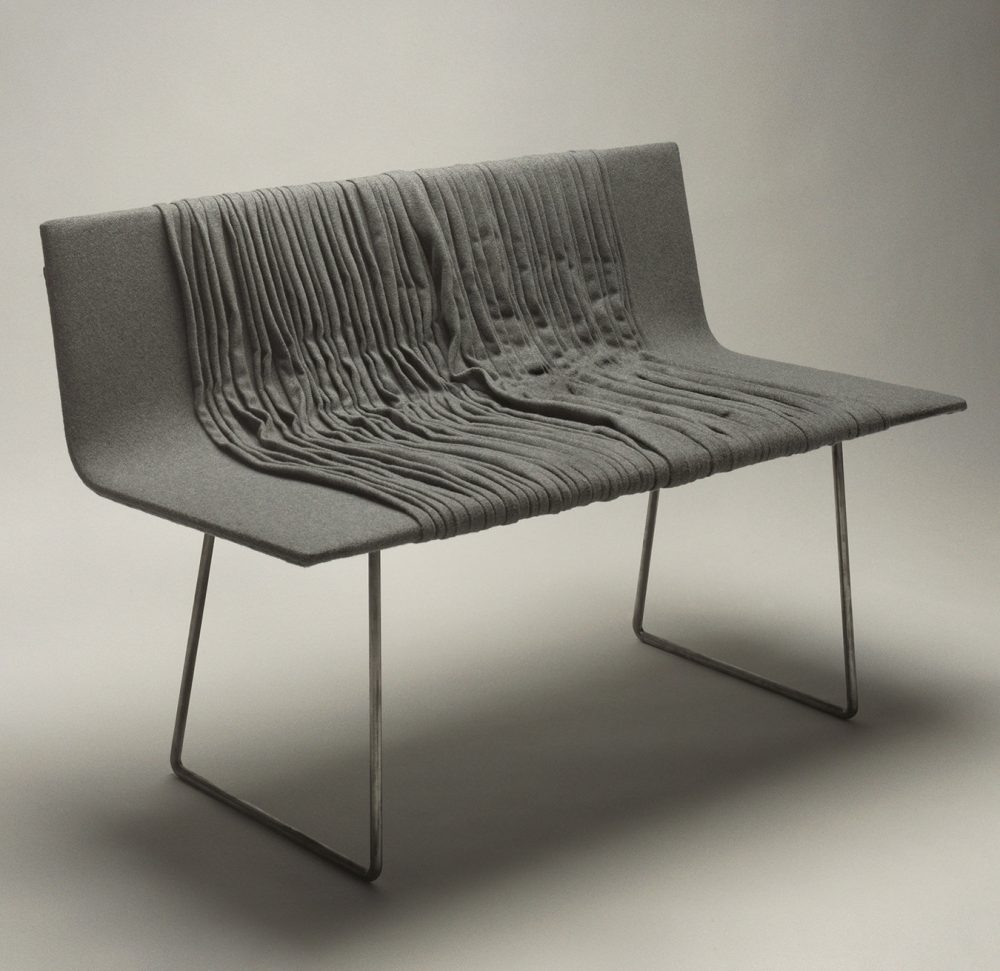 Omer Arbel’s name may not be instantly recognizable, but if you turned on the television or flipped through the sports pages of any newspaper a few months ago, chances are you saw the designer’s work dangling from the necks of hundreds of triumphant athletes. Not one of the medals he designed for the 2010 Olympic and Paralympic Winter Games with aboriginal artist Corrine Hunt is like another. Indeed, the distinctive quality of an object and its ability to transcend the passage of time—preventing it from being thoughtlessly consumed and, ultimately, disposed of—is the common thread that dictates Arbel’s design projects. “By investing thought, formal intuition, craft and ingenuity into the objects that surround us, we hope to create things that come to be integrated into people’s lives in a meaningful way,” he says.

The 34-year-old Israeli-born designer apprenticed with several notable architects, including Enric Miralles in Barcelona and John and Patricia Patkau in Vancouver, before establishing his two companies. First came his own design practice, Omer Arbel Office, in 2003, blurring the boundaries between the traditionally defined fields of architecture, industrial design and material research. Then in 2005, he and entrepreneur Randy Bishop established Bocci, a design and manufacturing house where Arbel is creative director. At both companies, Arbel aims to collapse the boundaries between architecture and industrial design and discover the creative potential of being somewhere in-between.

“I like thinking of architecture and design as fundamentally romantic pursuits,” explains Arbel. Though he embraces mass production systems, he strives to create objects that are unique and often involve coming up with a manufacturing process that leaves plenty of room for random “imperfections.”

Arbel is perhaps best known for his work with Bocci and his exploration of the chandelier medium, seen from a conceptual architectural point of view. Bocci’s lighting systems challenge the conventional idea of a chandelier as an object, one that is sculptural and central to the experience of a space. “Instead of thinking of it in isolation as an object,” says Arbel, “we discovered all kinds of interesting latent, mutant possibilities.”

In Bocci’s first lighting system, the “14” series (all of Arbel’s projects are numbered in the sequence they were designed), the designer explores the idea of an “ambient” chandelier—one that has no central focus but instead creates a composed cluster of varying density.

“This chandelier exists throughout a room, not at its centre,” he says. Meanwhile, the “21” series of lighting pendants are produced using thin wall raw porcelain that’s allowed to bend and fold according to its own intrinsic logic, thus ensuring each piece is entirely unique. The “21” series has no harmony and instead relies on discordancies for its strength. “This means that the individual pieces are allowed to rub and scrape against each other, seemingly without order, in the same way that barnacles do on a rock face,” explains Arbel.

The most recent addition to the Bocci portfolio is the “28” series: pendants that feature distorted spherical shapes with a composed collection of inner shapes. For this series, Arbel developed a glass-blowing technique whereby air is intermittently blown in and then sucked out of a glass matrix that’s alternately heated and cooled.

It should come as no surprise that for Arbel, design is an intuitive process that draws inspiration from a material’s properties and from the fabrication methodology. For Bocci’s first piece of furniture, a surprisingly comfortable bench called “25”, the aim was to forgo the use of foam. “Upholstery has always been a conceptually challenging project for us because, on a basic level, we like to expose materials and the way a piece is produced,” he explains. Foam remains hidden in an upholstered piece and this detail eventually became the raison d’être for the piece. “Instead of foam, we decided to use a vast expanse of heavily pleated felt to provide comfort. Thus the piece remains at once conceptually rigorous to our philosophy.” The randomly folded pleats shift as they conform to the human body to create interesting organic patterns.

Like the rest of Arbel’s creations, the bench becomes an object with a story to tell. “If we make objects that require—or at least suggest—the possibility of a commitment to living an entire lifetime alongside them,” says Arbel, “then the selection of one object over another becomes important and meaningful.”