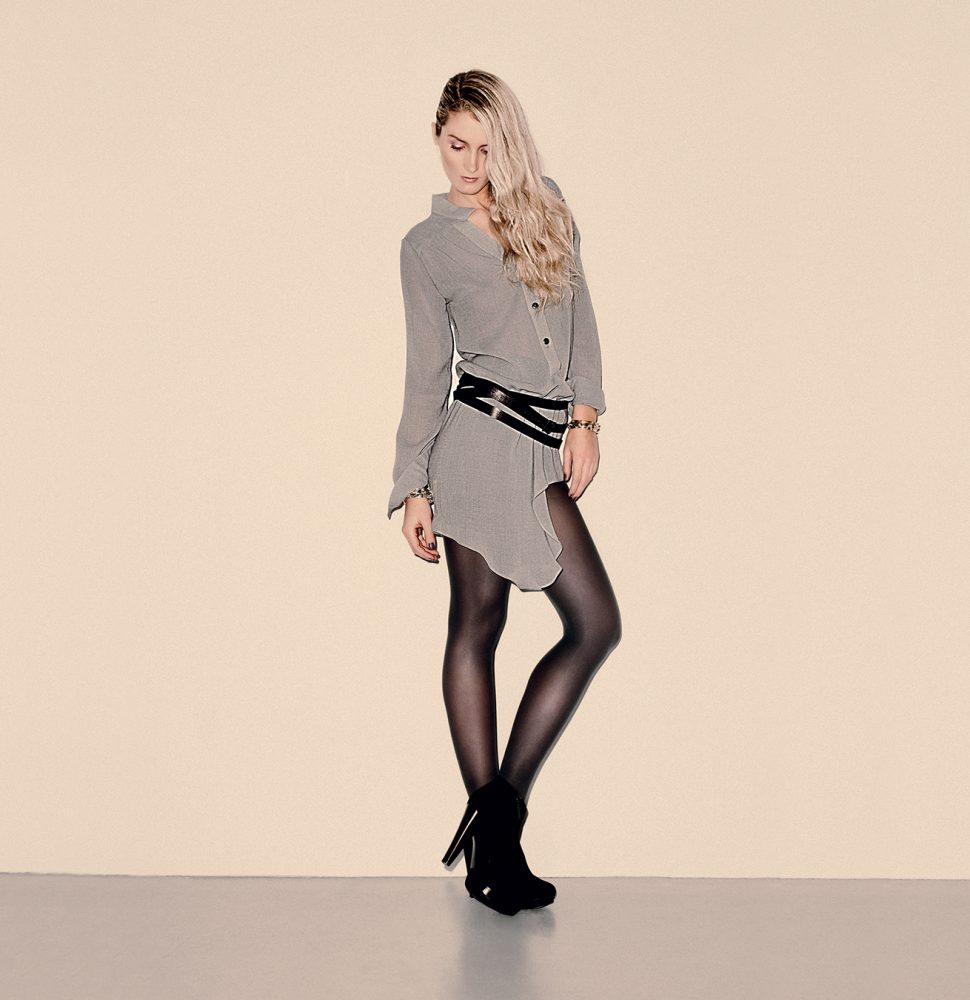 Rozemerie Cuevas has remained determined despite the tough industry odds that Canadian fashion designers face. And sitting across from her in the Jacqueline Conoir showroom, it’s easy to understand why this marks her 25th year in business—the ingenuity of her work is apparent in every piece that hangs on the rack. Of equal if not more importance, however, is the business model behind the clothing line, which has expanded the conventional parameters of Vancouver fashion merchandising and is exemplified both by her latest unveiling, JAC, a contemporary offshoot of the Jacqueline Conoir line, and by the forthcoming reveal of a new retail space that will give Vancouver women an unprecedented local shopping experience.

With no formal training, Cuevas started making clothing at age 18. She daringly entered her designs in a show alongside seasoned professionals. “I brought 20 outfits in garbage bags,” she reminisces. “I was terrified sick, and was hiding in the washroom after the show when I overheard a few women talking positively about my line.” The response was encouraging. Cuevas abandoned her path in economics and successfully applied to Paris’s ESMOD (l’Ecole Supérieure des Arts et Techniques de la Mode) design school.

Yet the lofty ambitions of her youth were more challenging to achieve than she had anticipated. “We opened up shop on South Granville in 1985 and thought the local market would support it,” Cuevas explains. “But the early eighties were an era of boxy, masculine blazers and lumberman jackets.” Cuevas had to convince Vancouver women that they could be equally powerful in her body-conscious suits, and she battled the public belief that European fashion houses were the only option. Her shapely designs eventually won out, Cuevas’s team changing women’s opinions one customer at a time. “We stayed focused, persistent, and eventually people started to listen,” she reflects. “It simply wasn’t going to fail.”

It was a starting point for Cuevas to craft her own adaptive approach to the business of fashion. “In 1985, we also sold wholesale, but the market was volatile.” She admits, “By 1999, we realized we were essentially financing the retailers. We almost went bankrupt.” She and her husband and business partner Thomas then decided to open their current studio. They eliminated many of their wholesale accounts and decided to sell directly to customers, fostering personal relationships with their clientele. Business tripled, virtually overnight.

“Every 10 years, we reinvent ourselves,” Cuevas explains and her new line doesn’t disappoint either. JAC is positioned to attract a more youthful demographic. The modern silhouettes and contemporary styles have always been a part of the Jacqueline Conoir collection, but have never been explored to such a full extent. Now its own collection, JAC features cotton lace, mesh, mohair, fur, loose knits, crushed wools and compressed felted yarn.

This departure for Cuevas, funny enough, means a return to her wholesale distribution model of the eighties. But the vision for JAC isn’t only local—Cuevas is working to secure international retailers and broaden her presence. “We aren’t going to be pushed around this time,” she says. “We’re working with like-minded people who respect Canadian designers.”

In terms of the local market, Cuevas understands her clientele. “The Vancouver woman is international,” Cuevas says. “She’s always moving forward. She can have a life that includes anything she wants.” And if that translates to Canadian fashion, Cuevas has the answer. This Summer, Cuevas will open a Fred Siegal–inspired concept store at 5th and Columbia, highlighting not only her apparel, but that of her Canadian counterparts as well. “The new space will give women a shopping experience that has never been done in Vancouver—8,000 square feet of retail and design studio to showcase both collections and the best of emerging Canadian talent. We want to give the support that just wasn’t available to us 25 years ago,” she explains.

The new all-in-one studio will allow for Cuevas to continue offering her clients the personalized experience for which she has earned a reputation, with fashion shows, wardrobe consultation and, of course, her signature shopping events. “This has all come to fruition because of those around me,” she says of her team, an intimate circle with family at the centre. Jacqueline Conoir, after all, is her mother’s maiden name, an apt moniker for a business done not only with the head, but also from the heart.