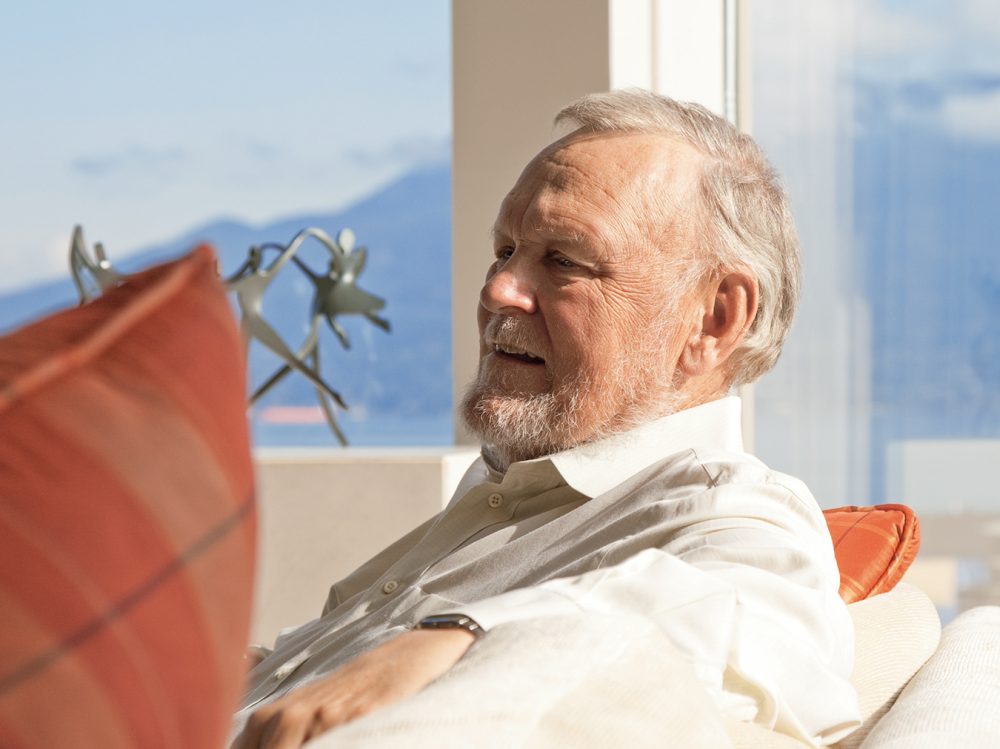 Dr. Ken Spencer doesn’t look like a geek. Sure, his wireless specs and close-cropped beard give him a vaguely professorial air. But there’s no pocket protector, no scientific calculator, no loud-coloured, cheaply tailored plaid shirt. Nothing to suggest you’re sitting across the table from one of the most successful high-tech entrepreneurs in the province.

Appearances can be deceiving. As the co-founder and former CEO of technology giant Creo Systems, Spencer could fairly be called one of the brightest geeks B.C. has ever produced. At the time of its sale to Eastman Kodak in 2005, Burnaby-based Creo enjoyed annual revenue of over $1-billion a year, and employed more than 4,000 people. Such is the scope of Spencer’s legacy that this past May, Spencer was inducted into the Business Laureates of British Columbia Hall of Fame.

“I was born to be a geek,” Spencer declares, his self-deprecating humour sprinkled with just a hint of pride. “All I wanted to do was design.” That passion for design eventually led him to a Ph.D. in electrical engineering, and later, a job at B.C.-based MacDonald, Dettwiler and Associates, where he helped design systems for data acquisition and control of various processes in satellites. Despite enjoying the work, it wasn’t long before Spencer heard a higher calling. “When I was designing, I slowly moved into management, because I found the challenges there quite interesting,” he says.

Next stop: MBA school. “I had a lot of ideas, about how to run a company, how to motivate employees. I decided I needed an academic framework for bringing those ideas out,” Spencer says. “It was during that time I figured out that I had to start a company, because nobody was going to let me experiment on their company. So I had to start my own.” And so it was that Creo (from the Latin, meaning “I create”) was born.

In an era known for high-tech crashes and spectacular dot-com flame-outs, perhaps the greatest compliment one can pay to Spencer is that his company endured. From its founding in 1983, Creo created dozens of digital imaging and software technologies, the most successful of which became a direct-to-plate printing innovation that completely changed the way the world prints. “When we started Creo … we didn’t know what we were going to do,” Spencer reflects. “[We] didn’t know what our product was, we just knew we were going to start a company, and we’d figure it out.” Talk to Spencer and it’s clear that, of all the gadgets and prototypes he ever designed, conceived or built, Creo is the one that makes him most proud. “A friend of mine said you don’t really start a company with the sole goal of making money, although when it comes, it’s nice. You have another reason.”

For Spencer, that goal was to revolutionize the way the high-tech industry—and the people in it—worked. To that end, Spencer instituted a number of organizational innovations within Creo intended to empower employees: offering profit sharing and stock ownership opportunities, giving employees of all levels greater responsibility, involving engineers and operators in corporate decision-making and so on. As Spencer explains, this horizontal structure helped speed the pace of innovation within the company, and encouraged greater commitment to the enterprise. “It’s very motivating for employees, when you trust them,” Spencer says.

Since his retirement from Creo’s executive suite in the mid-nineties (he remained on the company’s board until its eventual sale), Spencer has kept his finger on the pulse of the West Coast high-tech community. He’s provided advice and management know-how to dozens of promising start-ups in B.C.’s burgeoning high-tech and biotech industries. He also started an angel investment fund, providing several technology companies with all-important seed capital while channeling all profits to charity. “It keeps me mentally engaged,” Spencer says. “And it’s rewarding—I get to work with people I like.”

Today, Spencer has turned his considerable intellect toward a new task: making the world a better place. Throughout the years, he has been generous with both his money and his time to a number of charitable and not-for-profit boards, including a 10-year stint on the board for Science World. He followed that with a $1-million contribution to the institution’s planned outdoor science park adjacent to the iconic building at False Creek.

As befitting a man with fully four sets of initials behind his name (B.A.Sc., Ph.D., M.B.A., LL.D.) education is a primary focus of Spencer’s charitable efforts. “To have a good technology industry you need a good education system,” Spencer declares emphatically. To that end, he has focused his efforts on bridging the gap between engineering and commerce, sponsoring courses and competitions that pair engineering and business students together in the hopes of sparking collaboration and partnership.

“Business and engineering teams in many [high-tech] companies, they just don’t communicate,” Spencer says. By encouraging them to work together at an early age, Spencer hopes to foster further co-operation between both sides of the high-tech industry, and plant the seed of entrepreneurialism in both groups. “If you catch them as students, and get them to think, ‘Gee, I could develop a product and market it,’ even if they don’t do it right away, if you give them exposure to it, they’re going to know that they [can] try it someday.”

As Spencer explains, the result will benefit the entire province: a cadre of B.C.-educated high-tech entrepreneurs armed with both the savvy and the chutzpah to innovate and invent. “It goes back to building an industry,” Spencer says. Get out your pocket protectors—here come the geeks.