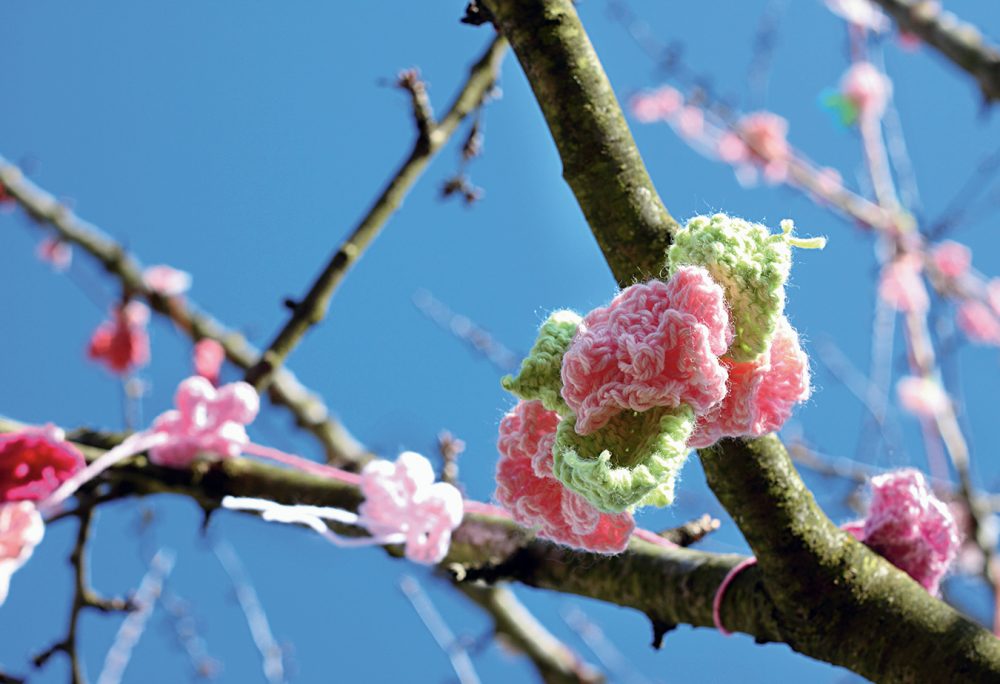 June 11 came and went unnoticed by most people, but for those privy to the ways of the wool, it was the first International Yarn Bombing Day. No, there were not worldwide airstrikes on wool factories; instead, the day was a global call to the streets for knit graffiti artists to show off their work.

Yarn bombing is a form of textile street art that involves taking some form of knitting or crochet and wrapping it around inanimate objects to brighten up bland urban environments. This woolly revolution has proven to be immensely popular, and for the past six years handicrafters across the globe have been tossing aside their half-finished Christmas sweaters to cover just about anything they can with yarn.

“Knitting is sort of like building a house. Generally, you need a blueprint. With knit graffiti, you don’t need a blueprint—you just make whatever you want,” says Leanne Prain, who became one of Vancouver’s local authorities on the subject after co-authoring the book Yarn Bombing: The Art of Crochet and Knit Graffiti in 2009. “I like to knit with fun colours and stick them together without really having a plan, and that’s why it’s appealing to me,” she says.

Knit graffiti is also inspiring people to be creative with their stitching and to proudly display it to the world. “I think the fun thing with this is that we’re using materials that typically haven’t been considered worthy of street art or gallery art,” says Prain. “There have been artists, of course, who have been working with these materials, but they haven’t really had the public recognition, so it’s kind of fun to put them a little bit out there in the world and in people’s faces.”

It may be hard not to smile at a statue wearing fuzzy legwarmers or a parking meter topped with a woolly hat, but like with regular graffiti, it’s hardly permanent and is often quickly removed. However, that’s not always the case—in fact, Prain’s very first yarn bomb is still firmly attached to its original target. “It’s actually been there for three and a half years, and it’s still looking good,” she says. “I’m not telling anyone where that one is because I want to see how long it can stay.”