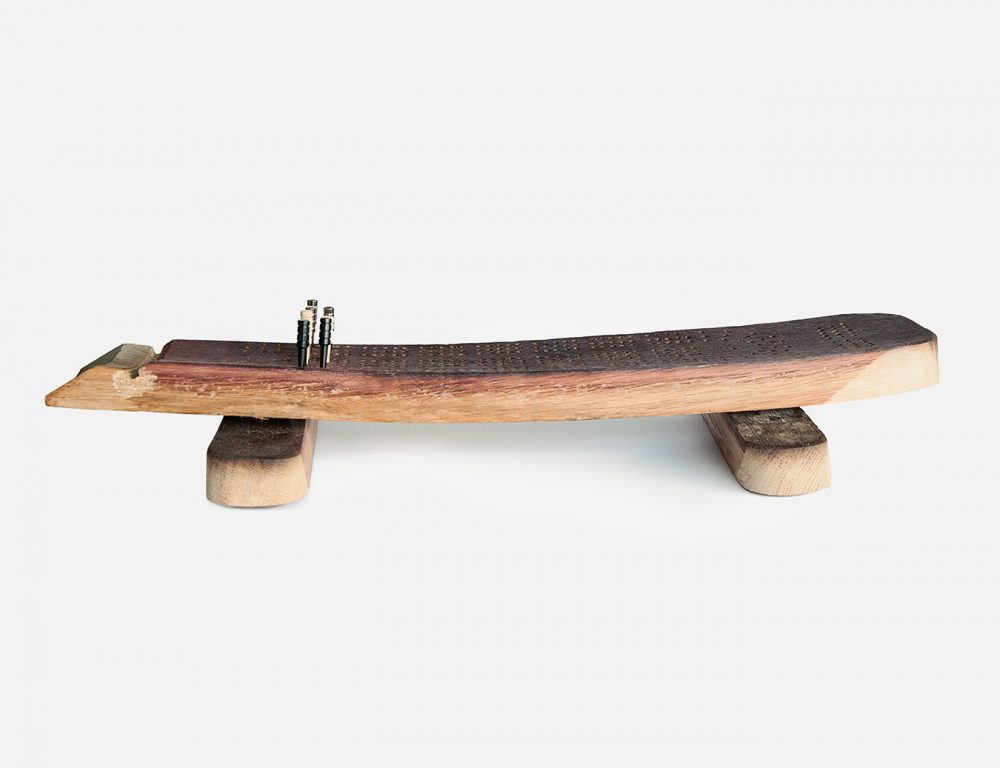 On the Canadian Prairies, on a cold winter night, if you were magically able to fly past any number of lamp-lit windows, after dark but before bedtime, you would see an almost equal number of cribbage boards being used. The game was allegedly a derivative of a now-extinct English game called “noddy”. It is primarily, but not exclusively, a two-person game, and its charms remain, over the nearly four centuries since its invention. After a visit to Burrowing Owl winery, Glenn Renney decided a wine stave would make a great cribbage board. He says, “250 to 400 or so holes by hand and drill. They take about an hour for each board. I just turn on the tunes and start drilling.”