In 1909, a prominent local businessman and politician named Alexander Duncan McRae hired Vancouver architect Thomas Hooper to create his family estate on the brow of a hill in Shaughnessy with a then-unobstructed view of the mountains and sea. It was to be grand in scale outside and in: four levels with 30 rooms girdled by enormous columns, expansive grounds including a coach house, stables, a swimming pool, an Italian garden, a tea house, and a children’s playhouse. Construction on the estate and grounds took two years and upon its completion in 1911, McRae, his wife Blanche, and their three daughters moved into the stately Edwardian manor they named Hycroft.

103 years later, Hycroft’s exterior remains virtually untouched, and the interior contains remarkable intersections of the work of Edwardian craftsmen. The delicate, lacey plasterwork on the ceiling and walls is by Charles Marega, an Italian-trained Vancouverite whose sculptures include the lions of the Lions Gate bridge. The distinctive shade of green tile in the Green Solarium has recently been discovered as Grueby, whose work also has a home on the Lexington Avenue Line in New York City. The wallpaper that once covered many walls of the house but survives today in only one hallway is Zuber, the famous French wallpaper company started in 1797. No expense seems to have been spared in providing the McRae family dwelling with the best of the Italianate style. The McRaes also moved a stately Sequoia from less curated ground in New Westminster and planted it in front of the house for shade and privacy, where it remains today.

Not surprisingly for a home with such design pedigree, Hycroft quickly became the lavish centre of the Vancouver social scene. Invitations to Hycroft parties were accepted by politicians, businesspeople, visiting royalty, as well as the McRae’s large social circle. Of particular note were the annual New Year’s Eve Masquerade balls. This style of partying continued through the 1920s and ‘30s, bouncing on the sprung dance floor and feasting on the elaborate food alongside brimming bowls of flowers from the garden. The party scene wound to a close at the beginning of the Second World War and by 1942 the daughters had married and left home. The McRaes then gave Hycroft to the Federal government for one dollar for use by the Federal Department of Veterans’ Affairs as a convalescent hospital for war veterans, to be named the Shaughnessy Military Auxiliary Hospital. The hospital mostly housed veterans of the Great War who required special care. The 75-bed hospital continued to run for the next 18 years. 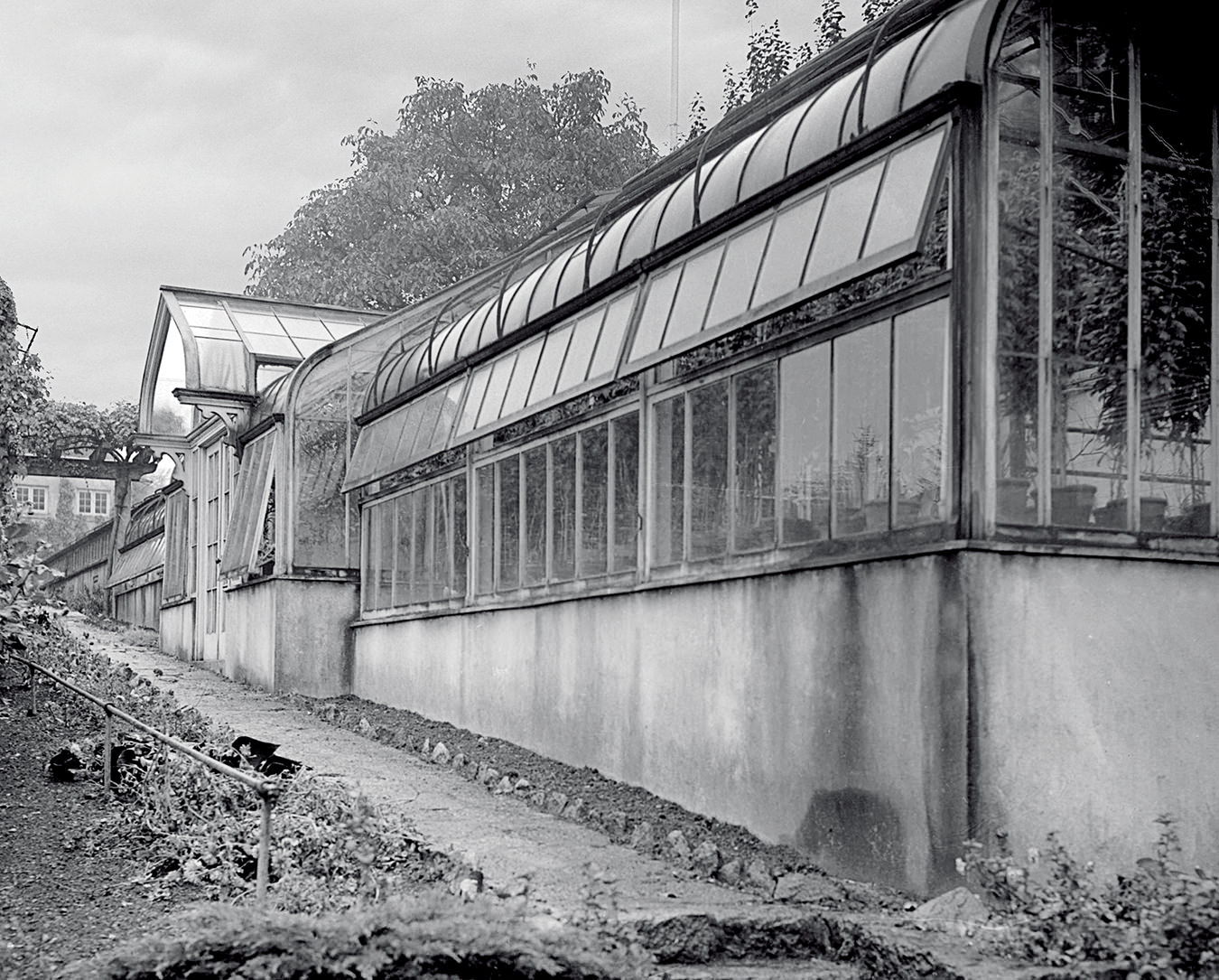 In 1960, a new wing at the hospital opened, and the patients were transferred there. For the next two years, Hycroft and its 5.2 acres stood abandoned. The gardens went unattended, the plaster began to flake, the beautiful parquet warped in the heavy wet of West Coast winters. In 1962 the property was subdivided and the stables demolished; the University Women’s Club of Vancouver (UWCV) then purchased a portion of the subdivision that included the house, coach house, and surrounding grounds. They paid $35,250 in cash; at the time women were not allowed to hold mortgages in their own right, so the property had to be paid for in full.

It took the club a full year to restore the house. Weeds and blackberry canes grew through the walls while on the grounds the grass was three feet high. Painstakingly raising funds and organizing teams of volunteers, the women were able to make the house a home once more through hard work and donated heirloom furniture.

The UWCV still owns Hycroft today, and it is frequently rented for weddings, celebrations, and filming. It has been these guests who have fuelled the oft-heard tales that Hycroft is haunted. Curiously, various ghost sightings have been reported by guests, but the club itself has yet to receive such a report by a member. There are, supposedly, seven ghosts in total, a soldier in a First World War uniform (reported to be General McRae himself), Blanche (who enjoys attending parties), a weeping soldier, a nurse, three additional veterans, and perhaps the most famous, Janet Smith. 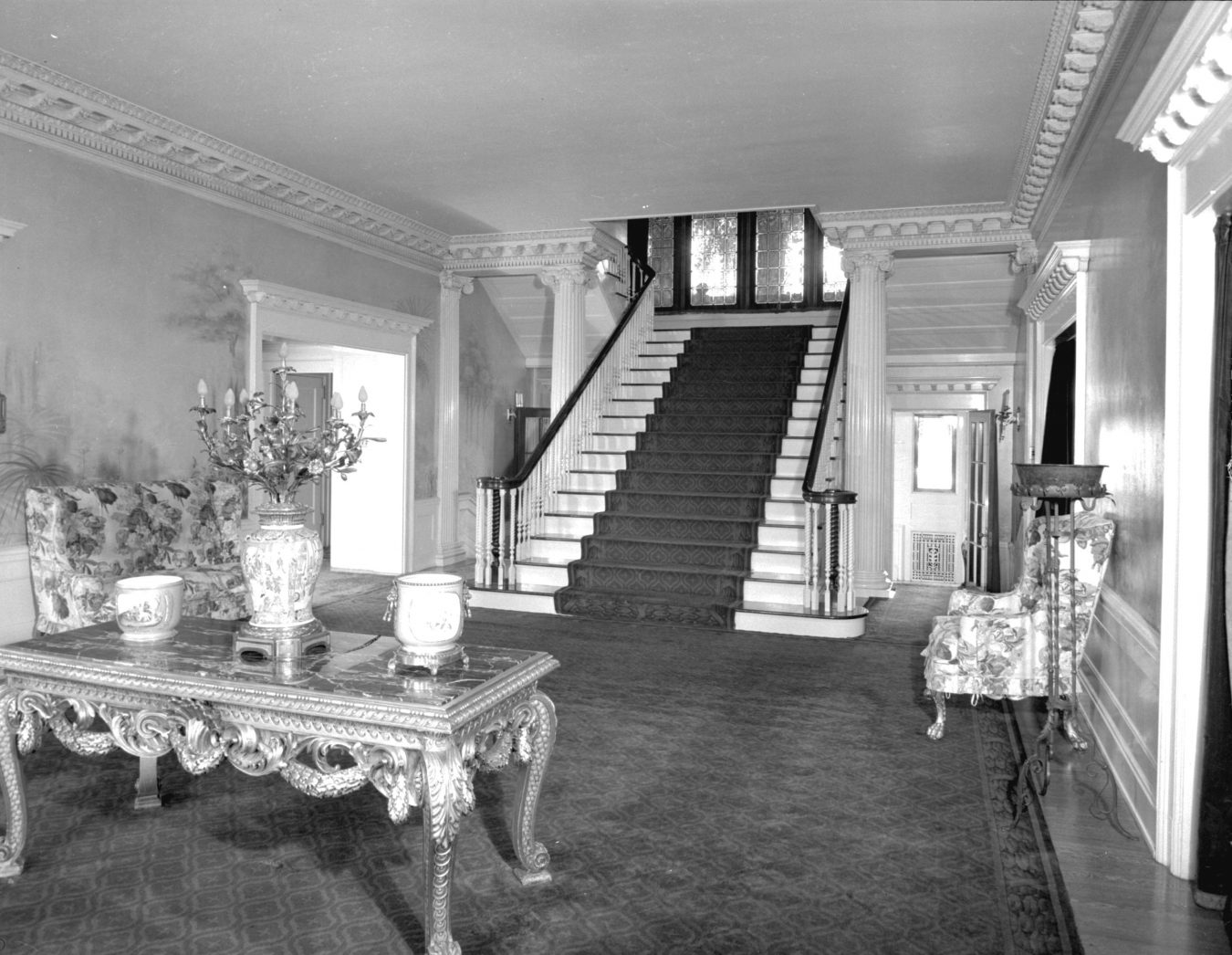 In 1923, 22-year-old Janet Smith emigrated from Scotland to work as a nursemaid for the Fred Baker family, who lived nearby on Osler Street. On July 26, 1924, she was found in the basement of the brother of her employer with a bullet wound through her temple and a revolver near her hand. Initially determined to be a self-inflicted wound, the murder of Ms. Smith became a lurid tale of politics, racism, and social prestige, and has left behind a messy emotional legacy. That Smith’s ghost has been felt and seen at Hycroft rather than her home has been attributed to a persistent rumour that Smith was killed at Hycroft, her body having been moved after a party.

Whatever the truth behind the legend, Hycroft is a Vancouver time capsule, hearkening back to the time when the city was even younger, and when the style of the period allowed for cool, spacious halls, high ceilings and incredible attention to detail. It represents a style of living that no longer exists, but which has left a lasting, imaginative impression.

This article from our archives was originally published in our Summer 2014 issue, and updated on April 23, 2021. Read more about Vancouver history.