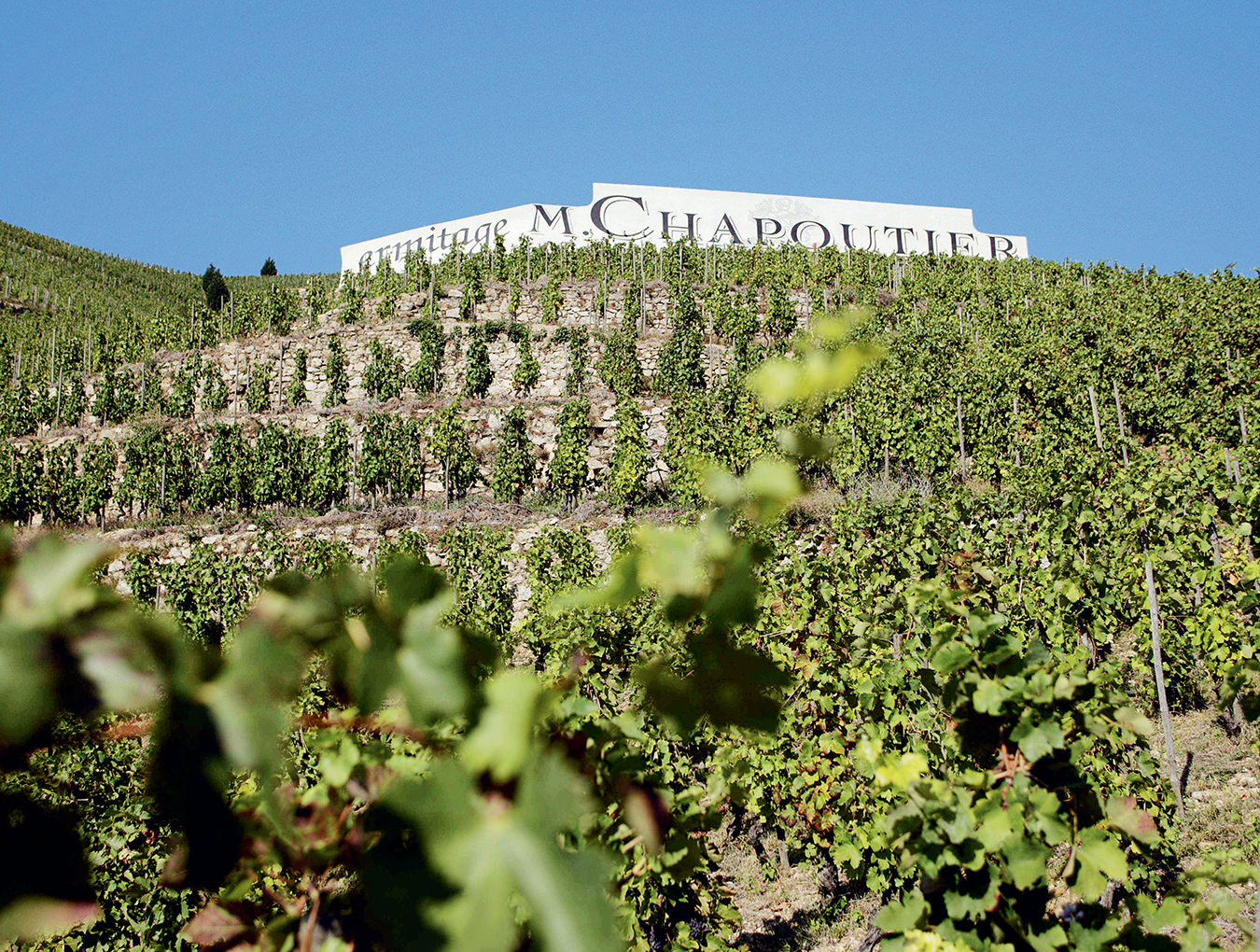 A mere moment with Michel Chapoutier is enough to change for life the way you think about wine. The northern Rhône producer and fierce defender of the notion of terroir is a veritable encyclopedia of wine knowledge and he has that rare gift of simplifying complex subjects without rendering the information useless.

Chapoutier’s family has been making wine in the Rhône Valley since 1808 but it was Michel who bought the winery from his grandfather in 1989 and took the company in an entirely new ‘old’ direction—back to the dirt. His views on wine are as refreshing as they are controversial mostly due to his willingness to comment on just about any aspect of winegrowing from the vineyard to the bottle and more.

His terroir convictions hardened in the United States, where he worked in the 1990s. Back then, Chapoutier suggested that no one in America was interested in site; it was all about varietal wine. Place was used as a marketing device as opposed to the birthplace of the wine, something that is non-negotiable with a Frenchman and it begins with farming.

At M. Chapoutier, the farming is a biodynamic system he describes first as a philosophy that is about keeping an open mind and working consistently from vineyard to vineyard. He explains that each individual plot or vineyard block tells a different story and each year that story evolves ever so slightly to reflect the growing season or climate of the vintage. The knack is to farm every plot in a manner that, when all things are equal, other than the weather, the resulting fruit and wine tell a different story every vintage. This rigorous method has resulted in the winery’s famed Sélections Parcellaires—small-production wines, made from distinct, low-yielding parcels of land that perfectly express the each individual Rhône appellation.

But how does one explain the concept of biodynamic farming, versus organic and/or conventional grape growing, and how does it relate to the wine? Chapoutier smiles whenever he hears the question and the audience leans in. He explains, “Chemical [conventional] farming is, ‘I have a headache and I will take an aspirin’. That’s interesting because we don’t know if the headache is a disease or a symptom. Organic farming is, ‘I have a headache, I will not take a chemical molecule [aspirin] but I will take a natural molecule of the aspirin. I will take willow bark, boil it and you have an herbal tea’. But we are still corrective. When we arrive to bio-dynamics—so, ‘I have a headache, why?’ Then the question starts to be more important than the answer. In the case of the headache is it my blood pressure? What can I do to combat that, or is it my cholesterol?” He brings those questions to every level of wine growing, in the hopes they are the key to making wines of place. So before spraying for aphids or mites or disease, one should investigate why you have such maladies.

Michel Chapoutier is making delicious wines about the Rhône and while he is currently championing the dirt in Roussillon, his home base is his beloved Appellation d’Origine Contrôlée (AOC) Hermitage. High above the town of Tain L’Ermitage, the AOC spreads across four soil types, each, incredibly, born in a different geological era including the Paleozoic, Mesozoic, Pre-Cambrian, and Cenozoic eras. In fact, it is the diversity of soils at Hermitage that fuels Chapoutier’s desire to make wine that respects its origin.

At M. Chapoutier, they say it means “paying attention to each plot, listening to the world, the environment, anticipating the needs of the earth”. What I like most about the Chapoutier brand and what should appeal to all wine drinkers is his pride in crafting regional wines with the same dedication given to the most prestigious bottles. He says “the aim is always to convey the same love of wine, to give complete beginners a chance to discover its diversity.”

If that isn’t enough, Chapoutier further separates his wines from the pack on an even more thought-provoking level—how they taste with food. He thinks there is an increasing number of winemakers who aren’t food lovers, who are making big, powerful wines that are impossible to marry with food. At M. Chapoutier, gastronomy demands wines of texture and flavour and not a huge amount of fruit. In his mind, winemakers should make wines that are at the service of food. At that point I can’t help but think the questions will only get more important.