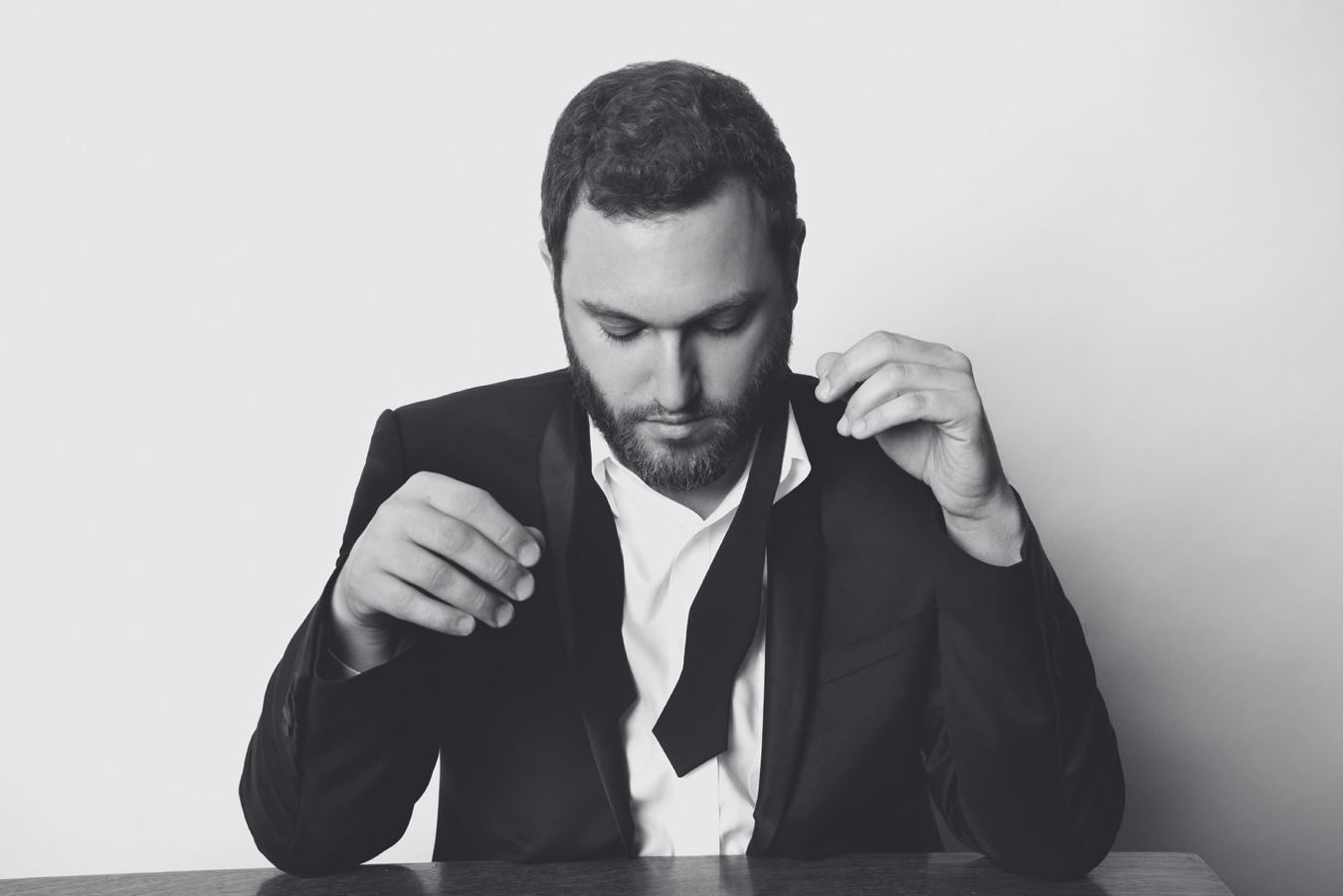 Dennis Gocer speaks with an inherent kindness, an entrenched warmth—the sort that makes you feel immediately at ease. The person he is talking to at any given moment is the most interesting person in the world. He is gracious with his time, eloquent with his words. Wherever he goes, there’s a line.

Gocer is a portrait photographer better known by his company name of The Collective You. He comes to your birthday party, your wedding, your anything, sets up his portable studio, and takes individual black-and-white portraits that are instantly printed out as keepsakes. It is a novel skeleton of an idea, sure, but that’s not what makes it special—Gocer is what makes it special.

“It’s like a zero-to-10 level of access,” he says, seated at his Vancouver studio space. “There are people who step in front of a camera, say at the passport office, and it’s very transactional. Let’s call that a zero. And then there are people who will allow you to capture a milestone in their lives—maybe their eyes are filled with tears, maybe their eyes are filled with joy—and if they trust you enough to take a picture of that, then that’s a 10. So my responsibility, and what I take so seriously, is comforting and nurturing people who have been generous enough to line up to have their portrait taken by me, and to allow them to share whatever they would like to share in the safety of the relationship.”

At any event, The Collective You quickly becomes the hit of the party, with people excitedly standing by to have their pictures taken by Gocer. He has a knack for making every subject feel comfortable, and the proof is in the resulting image: the bold black-and-white photographs (the product of “co-creation” between photographer and subject) are gorgeous—every single one. Parties become as much about drooling over other guests’ portraits as about beaming at your own.

“Any time a perfect stranger steps in front of your camera, it’s an act of trust,” Gocer says. “There’s a symbiosis that occurs when The Collective You shows up at a party or celebration of any kind, where people take a chance on us and that chance, that risk, is rewarded. It propels everyone upward.”

The Collective You began at Gocer’s 30th birthday party, where he set up a mini studio and spent the whole night taking photos of his guests. From there, people started asking him to attend their events, and within a few years, he had quit his advertising job and was photographing full-time. A camera had been glued to his hand from a young age, but now it wasn’t just his hobby—it was his way of interpreting and giving back to the world. “It’s storytelling,” he says. “That’s what’s so magical about people: there’s a story in that face, there’s a story in that gesture, there’s a story in that glance.”

Gocer counts Cartier, Boboli, and Hermès among his clients, and it makes sense these brands are drawn to him: there is an intrinsic fashion influence on his work, and as such each portrait is a chance for that person to have a golden moment in the spotlight—one that’s just for them. “It gets popular really fast at a celebration,” Gocer admits. “By the end of the night, literally the first thing I’m saying to people is, ‘Thank you so much for waiting.’ And I mean it. I really mean it. ‘Thank you so much for waiting to co-create with me.’”

From the Archives: This story was originally published on June 13, 2017. Read more from our arts section.