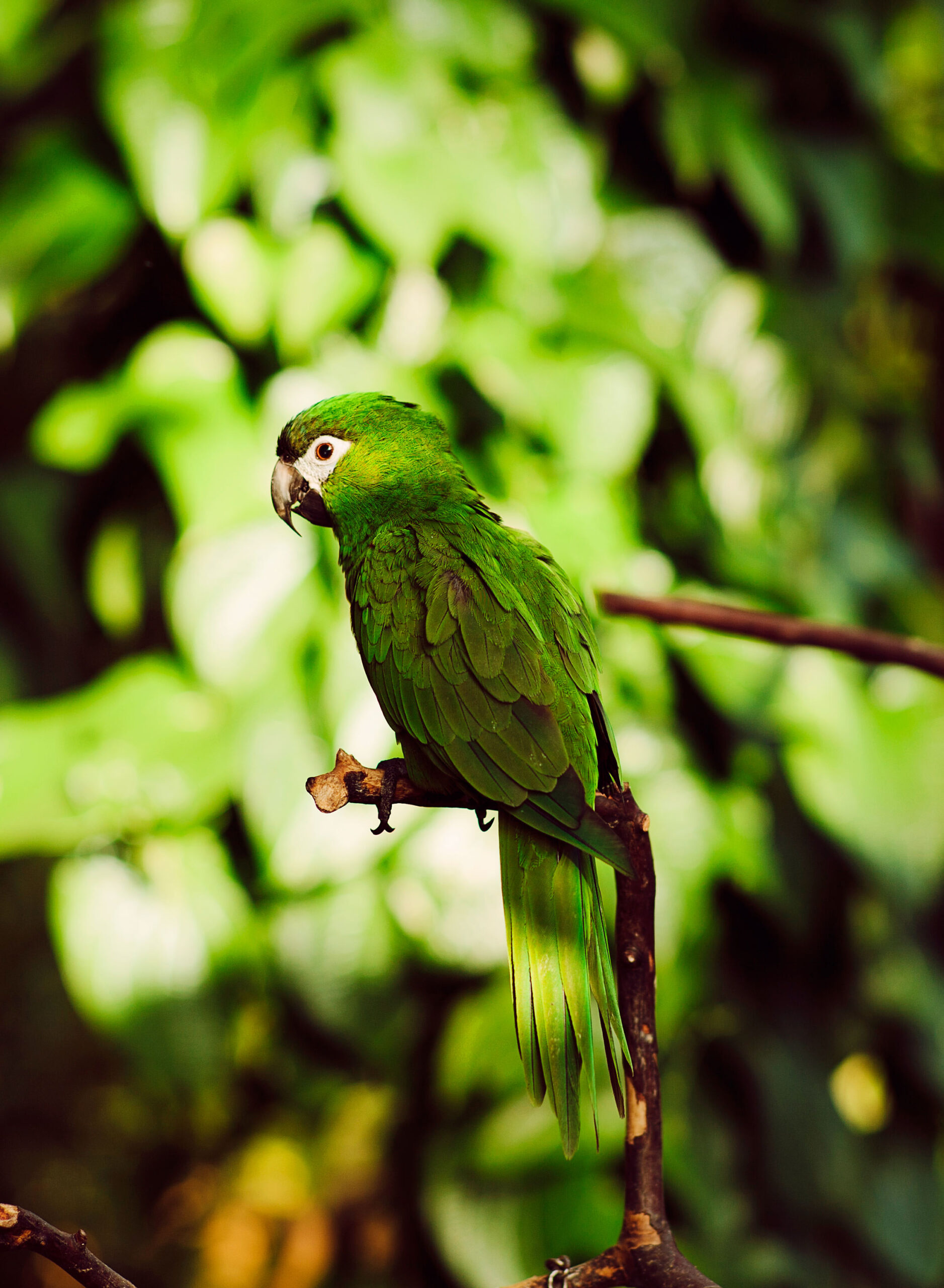 To step beneath the dome of the Bloedel Conservatory is to enter an artificial world. From summer sunshine to November rains, the interior is heavy with heat and humidity. A knotted foliage of jungle plants restricts the view. A cacophonous soundtrack of squawking birds fills the air.

Many of us first attend the attraction atop Little Mountain as children. We visit with family or classmates, entering a tropical wonderland filled with sights from places we know only from books, movies, or television. In less than an hour, it’s possible to travel to India and Indonesia, Mexico and Malaysia, Borneo and Polynesia, the Amazon and the Canary Islands. The experience was perhaps more profound when jet travel to exotic destinations was less common, though it still offers a welcome respite from Vancouver gloom.

The conservatory is marking its 50th birthday in December. The planned party should have the extra buzz that comes when the celebrant was not expected to have lasted so long. A decade ago, the Vancouver Park Board voted to close the building, citing slipping attendance and rising maintenance costs. A group of citizens called the Friends of the Bloedel came to the rescue, reviving the landmark by helping raise money to fix the roof, a project also funded by the city and the federal government.

“A lot has changed in here,” says Bruce McDonald, a horticulturalist and conservatory superintendent who first worked here 30 years ago, “and a lot hasn’t.” 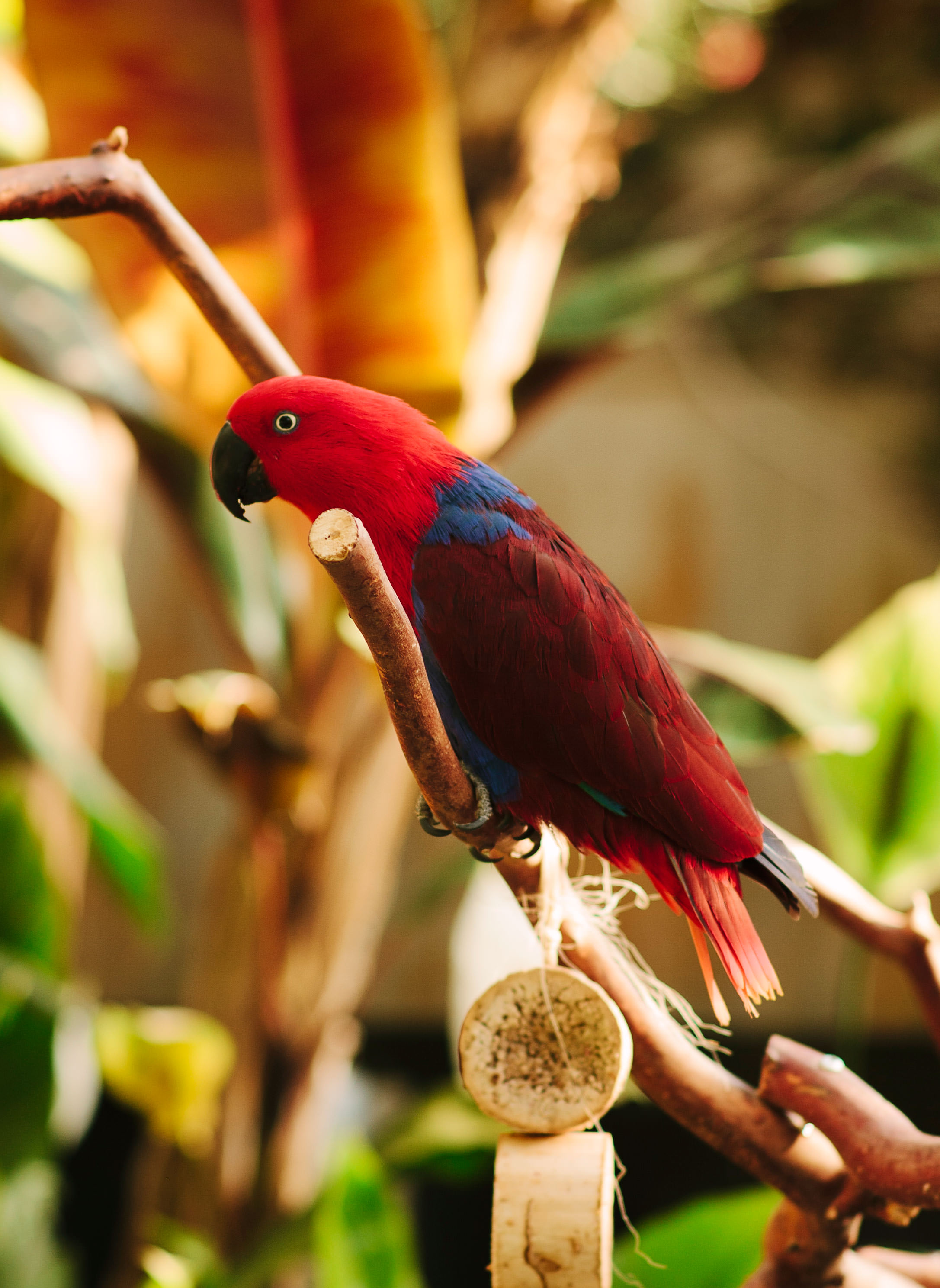 The building is home to more than 100 free-flying birds. Visitors are handed a colourful sheet with photographs and information about the avian residents. The most popular are 13 parrots. Kramer, an 18-year-old Moluccan (salmon-crested) cockatoo and a show-off at heart, greets visitors with a hearty “Good morning!” while Nelson, a 42-year-old Hahn’s (red-shouldered) macaw, offers a singsong “Night night!” The friendliest is Blanca, a 21-year-old umbrella cockatoo who today is hitching a ride on the shoulder of conservatory worker Agnes Romses.

On a recent tour, McDonald leads us along some 140 metres of winding walkway including a suspended bridge over a koi pond. We pass palms, orchids, ornamentals, fig trees, and such exotic spice and fruit trees as banana, cinnamon, papaya, and coffee. A small collection of cacti and succulents has been removed to make way for even more tropical plants. “We’re always trying to rejuvenate the collection,” McDonald says. It’s a constant chore to feed the birds, clean fallen leaves, and replace plants that have been trampled in order to maintain a living exhibition about to enter the second half of its first century.

The building was conceived as one of three city showpieces created in 1967 to mark Canada’s centennial. The original plan for the Little Mountain site—a volcanic outcropping at the city’s geographic centre and, at about 152 metres above sea level, its highest point—was for a planetarium. Instead, that was erected in Vanier Park, which was also to be the home of a new Museum of Vancouver.

The conservatory was in danger of being left on the drawing board when the project was rescued by a $1.4 million donation from Virginia and Prentice Bloedel of Seattle, who’d made their fortune in the forestry industry. 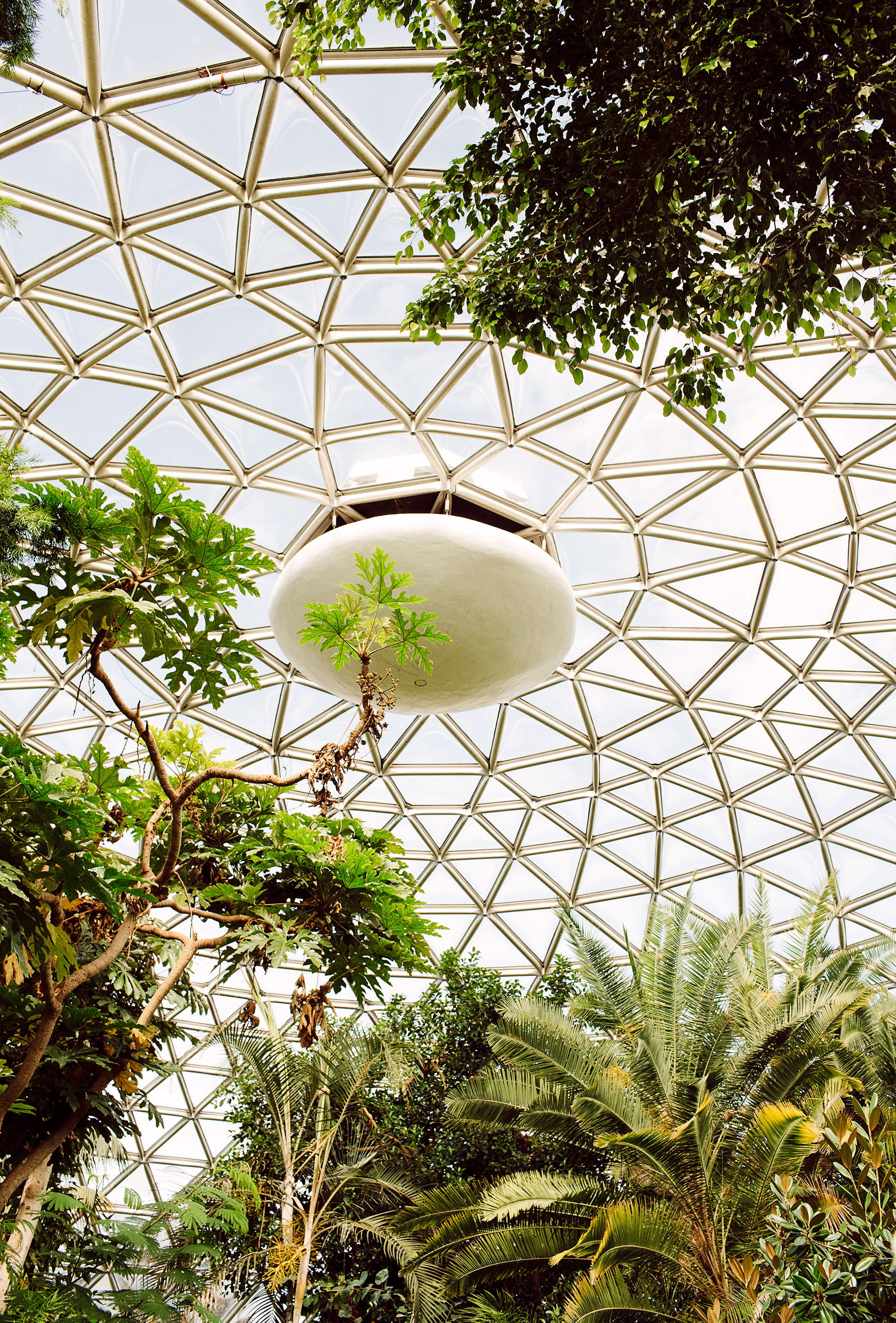 The architects—Percy Underwood, Kenneth McKinley, and Stewart Cameron—sought a modernist design and were heavily influenced by the success of Buckminster Fuller’s geodesic dome, which housed the United States pavilion at Expo 67 in Montreal. An early computer program determined the size of the triangles and trapezoids in the dome. Its aluminum tubing was manufactured in Ottawa, then shipped across Canada by truck. After the round concrete foundation was ready, Van Vliet Construction, led by the 10 Van Vliet brothers, immigrants from the Netherlands, took just 10 days to put together the pipe structure and its 1,490 moulded plexiglas bubbles. The finished triodetic dome—still the largest of its kind in Canada—offered a glimpse of an optimistic, space-age future. After the doors opened on December 6, 1969, more than 500,000 people flocked to the conservatory in its first year. Today it stands as a living time capsule and a charming oasis.

“It’s a sensory experience,” McDonald says. “You take one step inside, and you’re smelling gardenias. You don’t get that in front of a laptop or TV screen.”

Like this story? Read the rest of our Autumn 2019 issue.