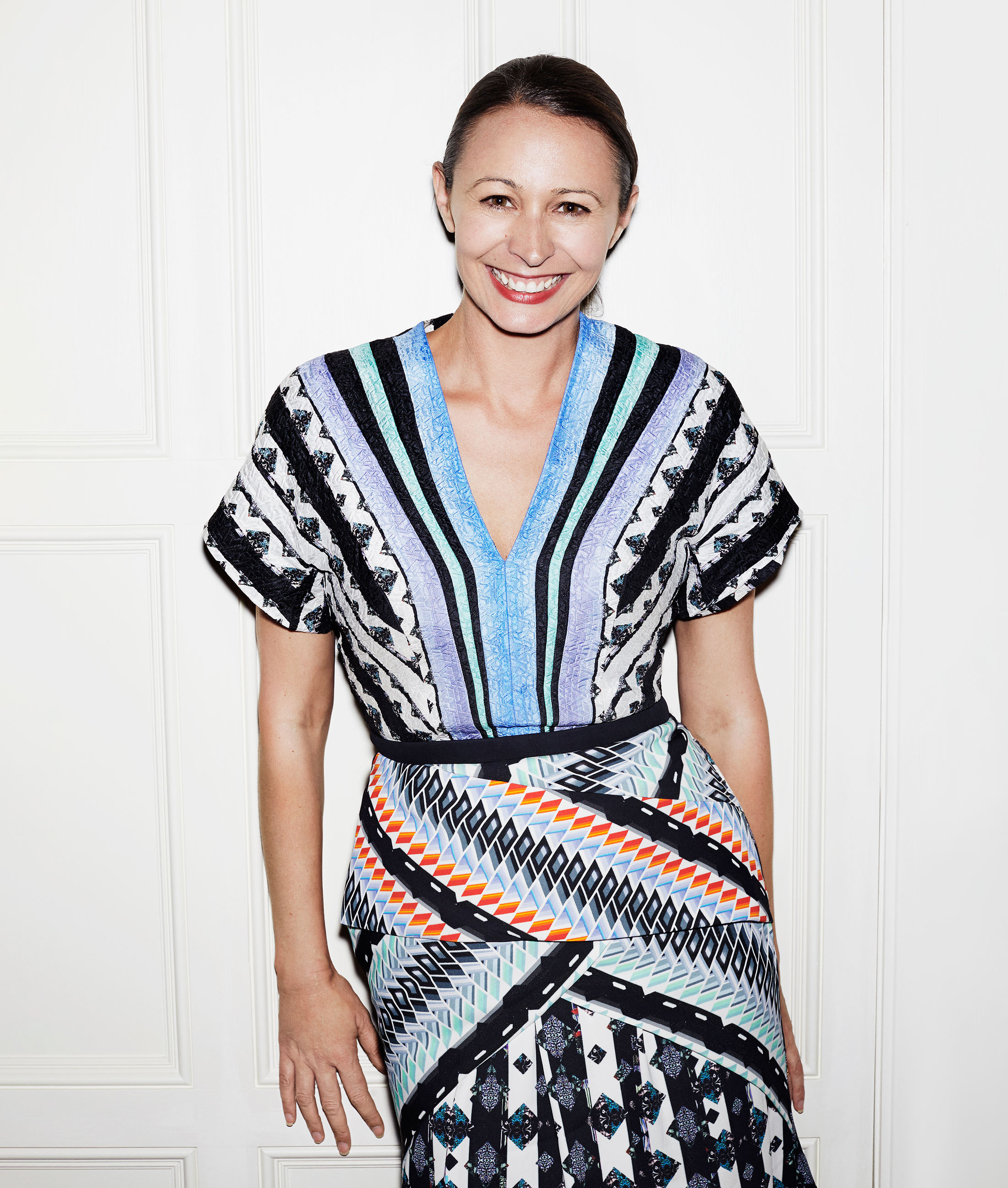 From her office in London’s stately Somerset House—within easy reach of Buckingham Palace, 10 Downing Street, and the British Parliament buildings—Caroline Rush is at the helm of another kind of empire. As the chief executive of the British Fashion Council, which facilitates many high-profile events including London Fashion Week and the swish Fashion Awards, Rush has been instrumental in bringing the best of British fashion design to the world. She has also supported international creatives who have made their home in the United Kingdom, such as Canadian designers Erdem Moralıoğlu, Curtis Oland, and Mark Fast.

Today, as uncertainty around Brexit continues and the global fashion industry is experiencing no shortage of shifts and crises, Rush (who has a background in public relations) is a reassuring presence in an organization that continues to lead and nurture a multi-billion-dollar industry.

When she officially joined the council in 2009—the year London Fashion Week celebrated its 25th anniversary—Rush already had a formidable list of directives to help boost the status and significance of the city’s catwalk showcase. “I had a real understanding of what the feedback from the media is, and from the international guests that come to London. So, the first thing that I wanted to try and stop happening was this roller coaster: ‘hot’ one season and ‘not’ the other.”

Convincing British brands that had chosen to present runway collections in other markets to come back to London was key to catching the attention of the world’s most important editors and buyers. “[We were] literally going around to all the Brits that were showing everywhere else and saying, ‘You’ve got to come back,’” she recalls. Perhaps the crown jewel of these returns was Burberry, the iconic heritage label founded in England in 1856; it moved its runway show from Milan to London in 2009, subsequently becoming one of the fashion calendar’s hottest shows.

While Rush humbly notes that it was positioned as “taking a chance” for names such as Mulberry and Matthew Williamson to return to London, designers who have chosen to be part of the fashion week’s extensive agenda have reaped the benefits of the council’s forward-thinking strategies. In 2009, London’s was the first fashion week to introduce live show streaming, a resource fashion fans and industry heavyweights rely on equally; it has also been a champion of brands executing “see now, buy now” strategies. “We certainly recognized how digital was going to change our industry,” says Rush. “And we just knew that unless we properly embraced technology, our businesses were going to be left behind.”

The 2019 season—which kicked off with London-based Canadian knitwear designer Mark Fast—included more than 70 shows and a red carpet soiree to toast the opening of fashion photographer Tim Walker’s Victoria and Albert Museum exhibition. And new for this season, members of the public were offered a special “immersive experience.” This included access to a host of innovations, such as industry-led panels, creative installations, and six ticketed catwalk shows—the first time such openness has been granted by any of the four major fashion weeks.

This keen eye for pinpointing what’s next has afforded the council a unique position—and its continued success at the heart of British culture. Take the unveiling of the Queen Elizabeth II Award for British Design in 2018. The inaugural prize was given to emerging designer Richard Quinn for his efforts in preserving, honouring, and offering accessibility to the British tradition of textile craft through his printing studio in South London. The Queen was on hand to present the award, the sovereign’s first time at a London Fashion Week event—a feat considering it entered its 70th season this fall. She was seated between Vogue’s editor-in-chief, Anna Wintour, and Rush.

Britain’s fabled design history and significance in the international fashion lexicon is vital, Rush notes. “There is something very specific about the DNA of the designers that come out of here,” Rush says. “There’s the beautiful heritage, but [we] also have this subculture, a rebellious spirit. And it’s this clash of cultures, combined with a global population, that makes us really unique.”