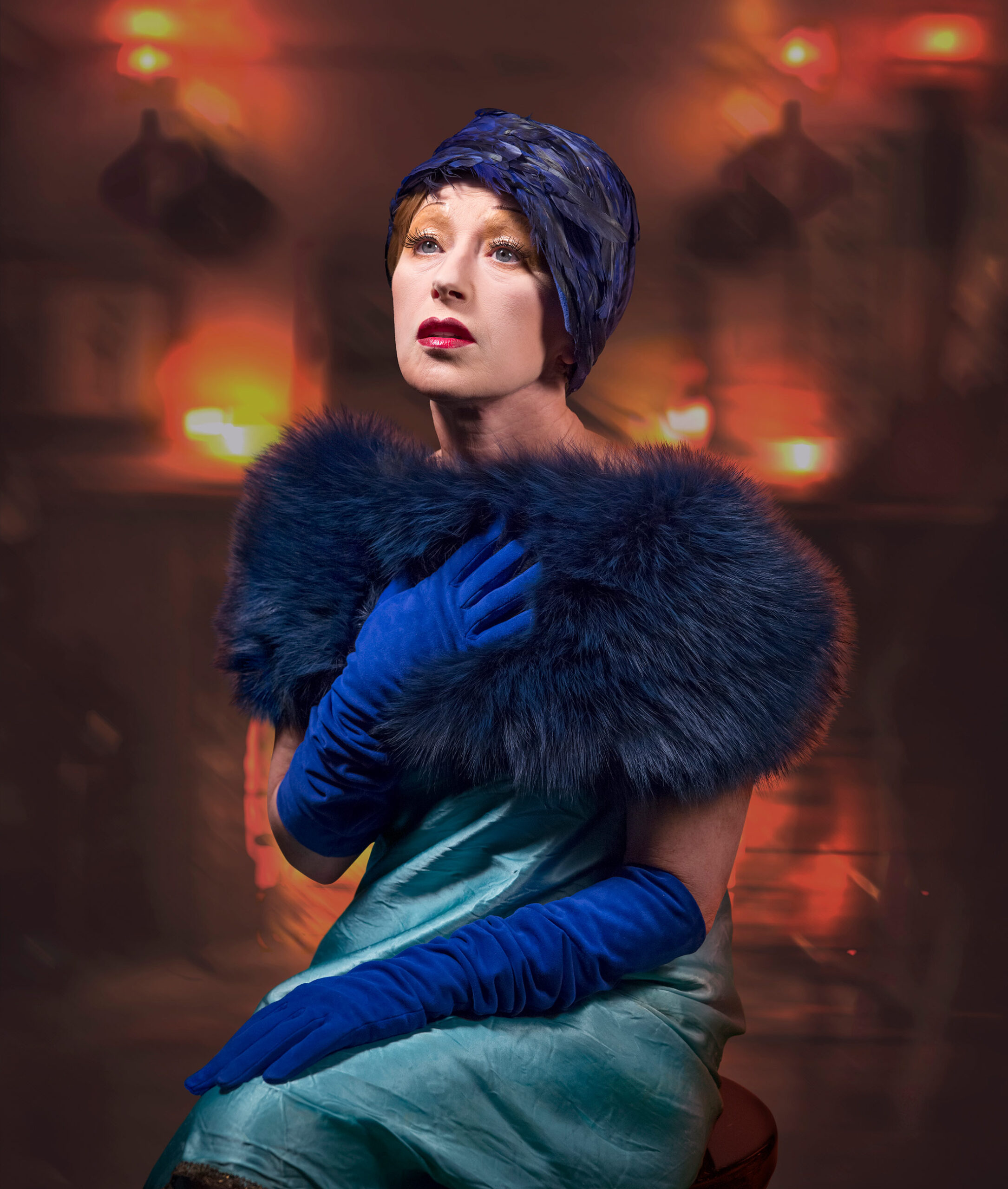 When Cindy Sherman arrived at art school in Buffalo, New York, in 1972, she wanted to become a painter, but soon decided there was nothing more to say in the medium and tossed her brushes aside. Meanwhile, she was dressing up in thrift-store rags, attending parties as a range of characters. A fellow student, her then-boyfriend Roberto Longo, suggested she take these everyday disguises into the studio and photograph herself.

Surprisingly good advice, as it turned out. From the mid 1970s to the present day, Cindy Sherman has portrayed herself as baffled starlets, aging zillionaires, troubled loners, and disturbing clowns, among countless other characters, in a wide-ranging series of photographs that has made her among the most influential—and expensive—artists on the planet, with retrospectives at the Museum of Modern Art and record-breaking prices at auction. A new exhibition of more than 130 works—a collaboration between the U.K.’s National Portrait Gallery and the Vancouver Art Gallery—opens in Vancouver on October 26.

While Sherman appears in most of her photographs, they are never self-portraits. She has the face of the perfect everywoman—and sometimes everyman—a face that absorbs all of our desires. Look at Untitled Film Still #21 (1978), one of her best-known works, from her breakthrough series “Untitled Film Stills” (1977–1981). A woman pauses on a Manhattan street, a dizzying skyline behind her. She seems preoccupied, gently twisting her neck to look into the distance, dressed up for a day behind a desk at a mid-century ad agency. The viewpoint is oddly low, as if shot from the waist of a fellow commuter. We are in the midst of a drama that has neither beginning nor end, and the skyscrapers with their countless windows amplify the feeling of infinite possibility. Where has she come from? Where is she going? Untitled Film Still #21 is one of 70 similarly portentous images that helped to renew the potential of photography. 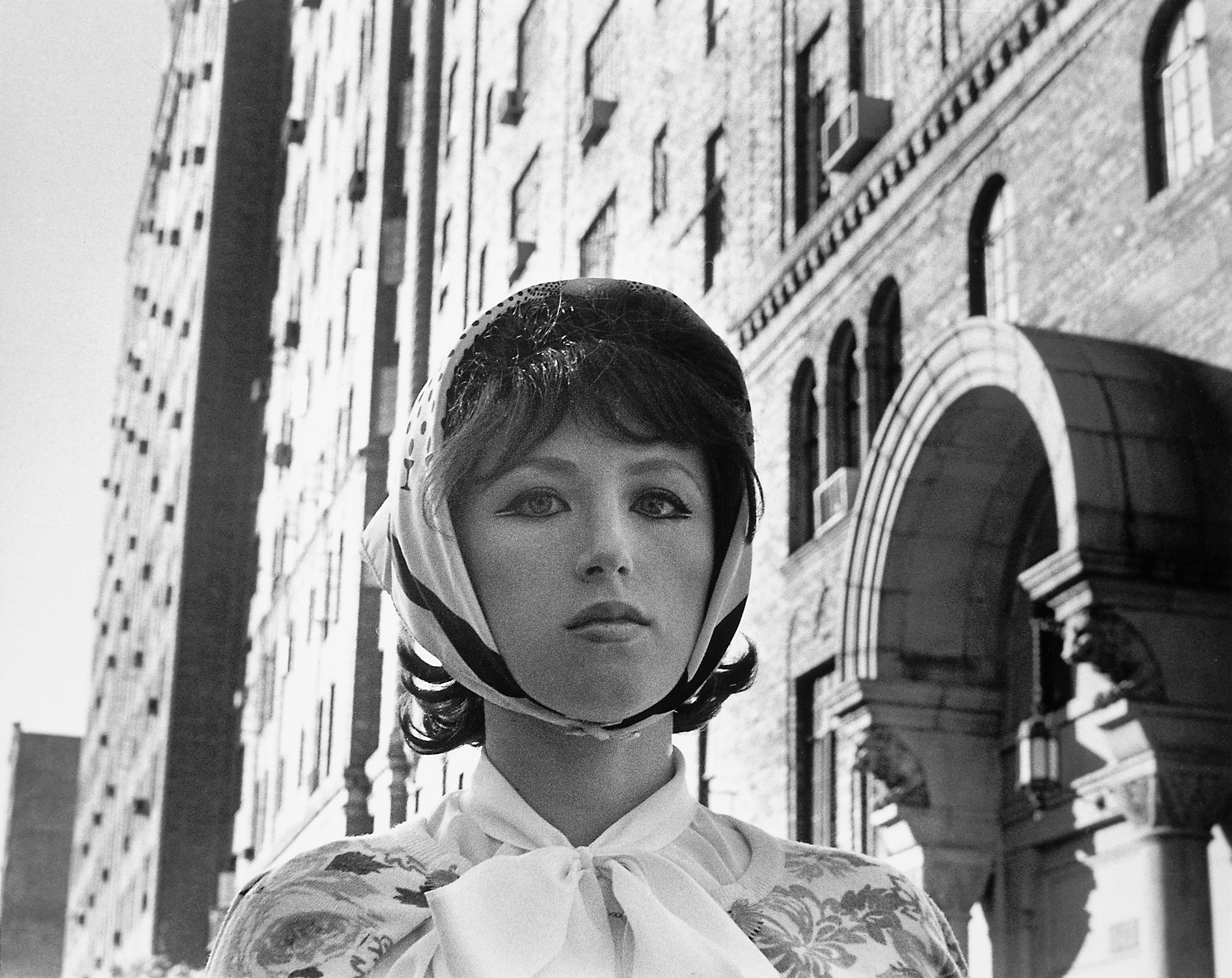 The first staged photograph was a self-portrait. Hippolyte Bayard’s Self-Portrait as a Drowned Man (1840) shows the photographer slumped in a chair, his cold pale torso exposed, his hands seemingly dank with decay. In the early 20th century, Claude Cahun depicted herself in an array of androgynous personae. Yet Cahun was mostly overlooked while alive, and when Sherman embarked on her “Untitled” series in the late 1970s, photography was predominantly a documentary medium delivered to consumers in newspapers and magazines as black-and-white slices of history. Modernists such as Edward Weston and Alfred Stieglitz, wonderful photographers who saw the world anew, still depicted landscapes and still lifes in a more or less conventional way, however squiffy the angle. Sherman was one of the first photographic artists to emphasise invention and narrative, inviting viewers to write their own scripts.

But she wasn’t entirely alone in remaking the medium. Something was in the air in the 1970s. At the same time, Vancouver’s Jeff Wall made his first lightbox, The Destroyed Room (1978), the inception of what he came to call his “cinematographic” pictures. These were photographs that involved prep and production; mise en scène rather than being on the scene. Photographers started to make aesthetic decisions, rather than seeking decisive moments. Photography no longer told the truth but started to parody other pictorial forms, taking on all the complexity of a short story, replete with metaphors, mysteries, and ambiguous endings.

Unlike Wall, Sherman has always worked in series: Rear Screen Projections (1980–81), Fairy Tales (1985), History Portraits (1988–90), Sex Pictures (1992), Surrealist Pictures (1994–96), Clown Pictures (2003), Society Pictures (2008), and Flappers (2016–18) among them, drawing from cinema, art history, advertising, and fashion to push the limits of the medium. As technology shifts, her work goes along with it. With no Photoshop to play with in the 1980s, all of her photographs were made outside or in the studio, with only analogue modes of post-production, and prints were small. Her recent work serves up billboard-sized phantasmagoria, all enabled by digital technology and the latest printing techniques.

In Untitled 602 (2019), a middle-aged man in a large camel overcoat is depicted about three times life size, with a strange garden behind him. He looks out at you, the viewer, as Sherman’s protagonists so often do, here with a slight droopy-eyed weariness. And he appears to be a Cindy Sherman fan. Beneath his coat, he wears a saggy T-shirt imprinted with Untitled #74 (1980), a picture from Sherman’s Rear Screen Projections. The backdrop flickers as if possessed by a technical glitch, with shifts in colour, each needle on the pine trees outlined by miscoloured shadows. The backdrop is also a Rorschach test, a Japanese garden doubled up, the left side an inversion of the right, with two serpentine paths curling around the central figure.

The old guy in his mise en abyme T-shirt stands in the garden, looking at you as if to ask: What on earth is going on here? What do you see? We see the artist Cindy Sherman, twice, yet she’s nowhere to be found. Rather than a portrait of any particular person, a Sherman photograph is more like the garden behind the man: a picture that you enter and re-enter, a psychological space where the viewer might revel in different perspectives. “I want there to be hints of narrative everywhere in the image,” Sherman told The Guardian, “so that people can make up their own stories about them.” Step inside a Sherman picture at your peril. While you may not find the artist, you will, without fail, bump into your own imagination.