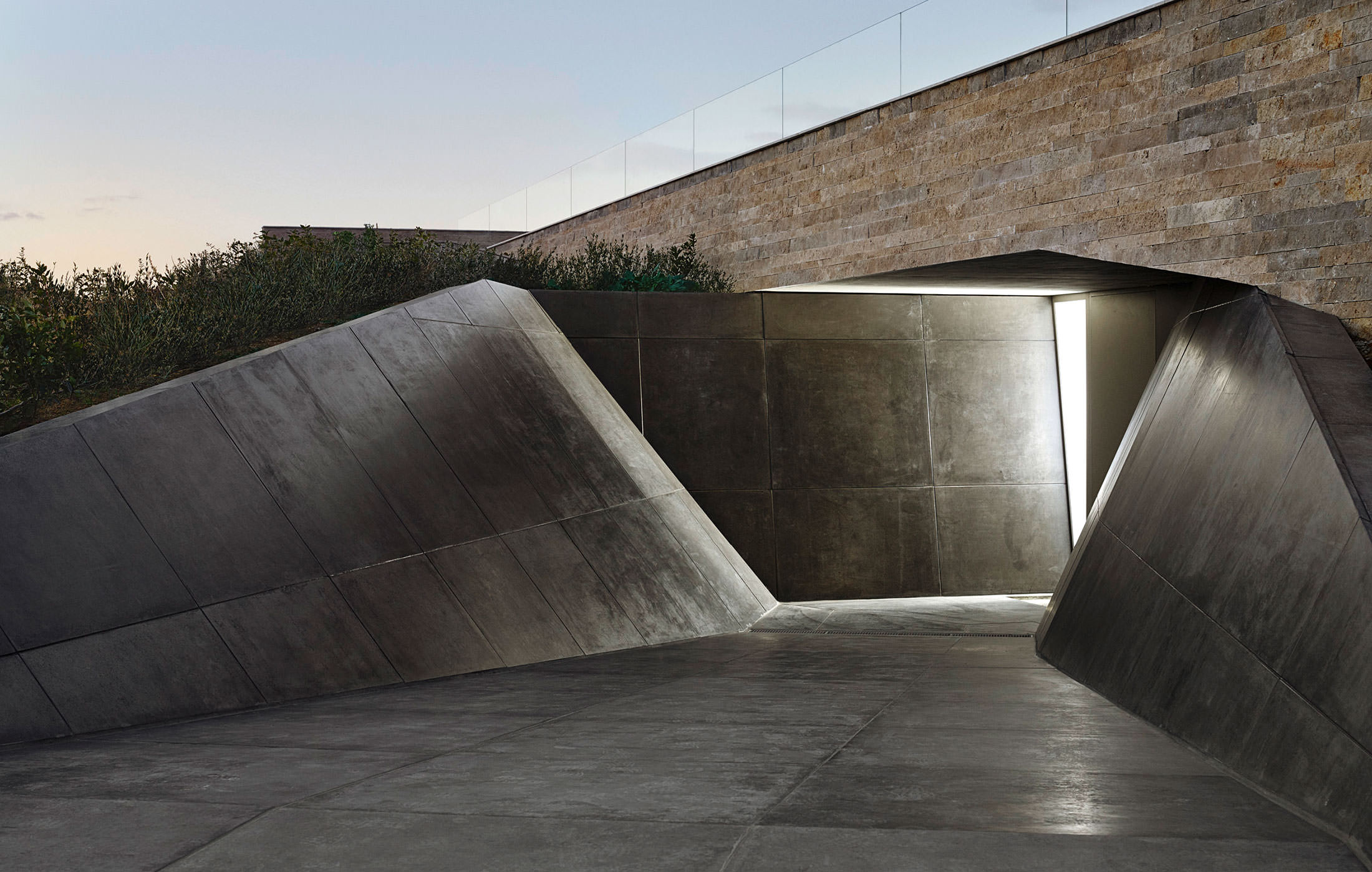 Masseto first arrived in 1986. It was released by Ornellaia (formerly Tenuta dell’Ornellaia), a vineyard founded in 1981 in the mostly unknown Bolgheri region of western Tuscany by Lodovico Antinori. In those days, Sassicaia—a cabernet sauvignon blend—was the king of the Super Tuscan Bolgheri reds, but Antinori wanted Ornellaia to have a point of difference. Under the guidance of the legendary wine consultant André Tchelistcheff, a small portion of the original Ornellaia vineyard known as the Masseto hill was planted with merlot. This was the grape responsible for the great red wines of Bordeaux’s Right Bank, home to the famous labels of Pomerol and Saint-Émilion. Few wines rise to a level where they can leave the mothership and begin another life as a stand-alone label in a dedicated facility, but this year Masseto did just that.

It seems the seven-hectare Masseto hill (now expanded to 11 hectares of vines) was destined to be different—it just took a little time for the world to recognize the magic of Bolgheri’s seaside exposure. Tchelistcheff must have sensed Masseto’s future when he suggested Frenchman Michel Rolland replace him at retirement. The Pomerol-based consultant, who has made a living working with some of Bordeaux’s most famous merlot producers (and the owner of his own Pomerol estate), joined the Masseto team in 1991 and continues to advise the property and attend the regular blending sessions.

Winemaker Axel Heinz arrived at Ornellaia in 2005 and has been instrumental in preparing Masseto’s departure. Meticulous, thoughtful, understated, and experienced, Heinz has clinically dissected every vineyard block at Ornellaia, ultimately improving each wine by replanting some of the original underperforming vines. The Masseto site sits some 120 metres above the Tyrrhenian Sea, but the vines easily penetrate the porous blue clay and sandy soils, putting down deep roots into what is essentially an ancient seabed. Like most great vineyards, the gentle slope has a sweet spot, mid-hill, that gives Masseto its remarkable power, concentration, and softness. Further down the hill, the more deficient stony, sandy soils restore Masseto’s balance, adding acidity and a linear character that makes this one-off red such a marvellously long, lingering merlot in the mouth. 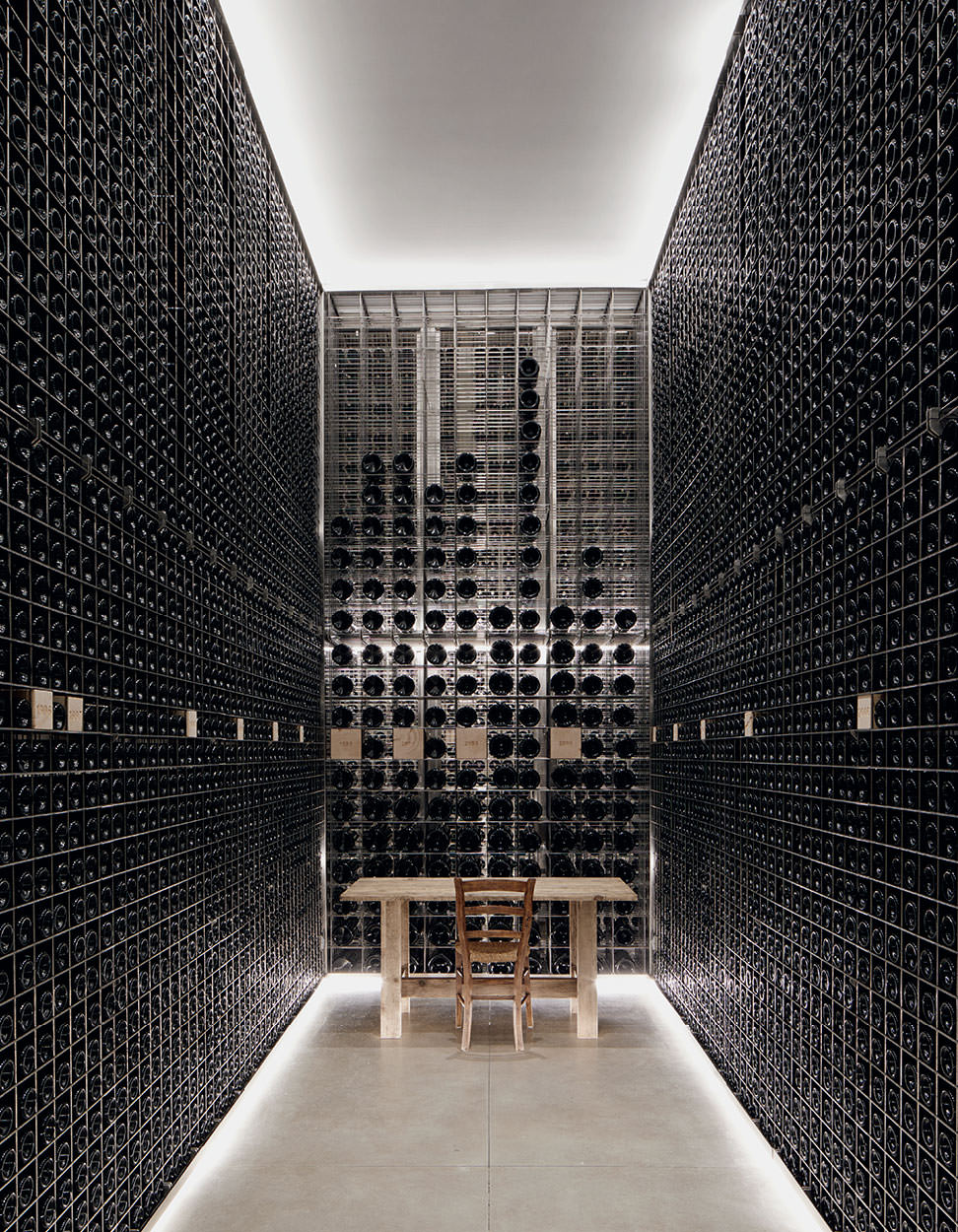 It appears that Heinz is comfortable with Masseto moving to a dedicated facility next door to Ornellaia, and one that is all but underground. You wouldn’t even know the winery existed, save for the renovated reception area and patio of the original farmhouse, which sit atop the hill. Speaking at the Masseto opening to an intimate crowd, architect Hikaru Mori explains: “The basic idea was to create a custom-made winery for Masseto, and that’s when we developed the notion to show the space like a cave. The precious materials used signify Masseto’s quality and philosophy [that nothing exceeds the necessary]. Behind this idea, we developed all the layout, all the design, and all the details to explain this concept.” Heinz, whose appreciation of the arts is visible across his wines, adds, “The concept is an explosive mix of Italian creativity and the Japanese sense of precision.”

As the winery drills into the Masseto hill beneath the vines, it makes the gentle, no-pumping concept of gravity flow a certainty. It will be another less-is-more addition to the Masseto recipe, leaving the great merlot with a texture few of its competitors ever achieve. The fermentation tanks are unique. Looking from the outside as if they were pieces of clay, inside they are more practical—concrete and tulip-shaped—and described by Heinz as “chunks of clay that look to be carved out of the rock, out of the deep grey-blue clay soils, the element that defines Masseto.” And indeed, this is what the wine is all about.

Between the barrels, reflection pools provide a Zen-like calming effect to the room and the wine, and likely the perfect humidity to keep the wood conditioned. Several interior surfaces are directly exposed to the terroir, giving you a sense of what the vines are working with as they push deep into the hillside. Deeper yet, beneath the first-year barrel cellar, an unassuming concrete wall opens magically to a library of Masseto bottles of all sizes. It’s a history lesson on the label, bottles suspended one by one in an intricate webbing of stainless steel shelves, and perhaps the most moving of the juxtapositions that explain this modern, Old World wine. 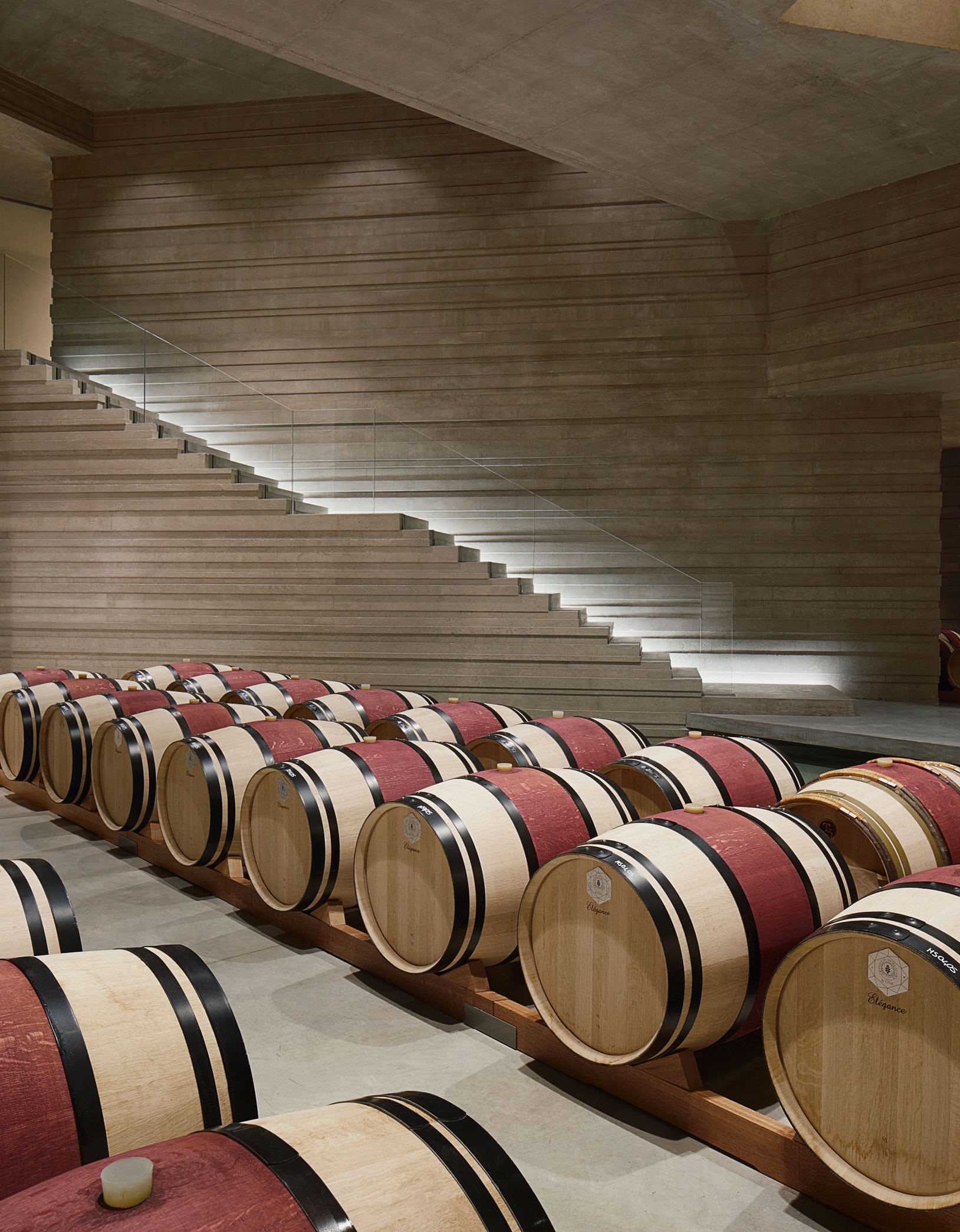 As spectacular as the site and winery design are, Masseto is much more than its physical trappings. It’s a special place, and you sense this whether you are traversing the vineyard or looking out from the old farmhouse across the property. To drive home the point, a decision is made to have the staff, who work every day at Masseto, serve at the winery’s opening gala. No sommeliers, no caterers, no intermediaries—only the workers who year-round prune the vines, thin the bunches, drop the fruit, harvest the grapes, and maintain the cellar. The team, dressed in aprons that match the pale, tan colour of Masseto’s terroir, pour their wines the only way they can: with the utmost pride and possession. It is a beautiful moment in the history of Masseto and one this writer will never forget.

Also amply illustrated at the dinner is the pedigree of Masseto and its ability to age. We tasted three vintages: the incomparable 2015, perhaps the most exceptional bottle of merlot I have ever tasted; the 2004; and the 1996.

It may have taken 32 years for Masseto to set out on its own, but no wine made anywhere appears better prepared to fly solo. The first vintage produced at the new winery is 2018—the year Eleonora Marconi joined the winemaking team. Suggesting to our table at dinner that she likes to make merlot along the lines of pinot noir—think full-flavoured but elegant—she fits the role to a T. Half Italian and half Australian, the former Nipozzano (Frescobaldi) winemaker seems well suited to working with Heinz, who is all about finesse and low intervention. The biggest challenge facing the pair is to make sure that moving to the new winery does not affect the now well-developed Masseto style and taste. What they will continue to look for are tiny, incremental changes in quality. It only seems appropriate that at Masseto, this means going underground.