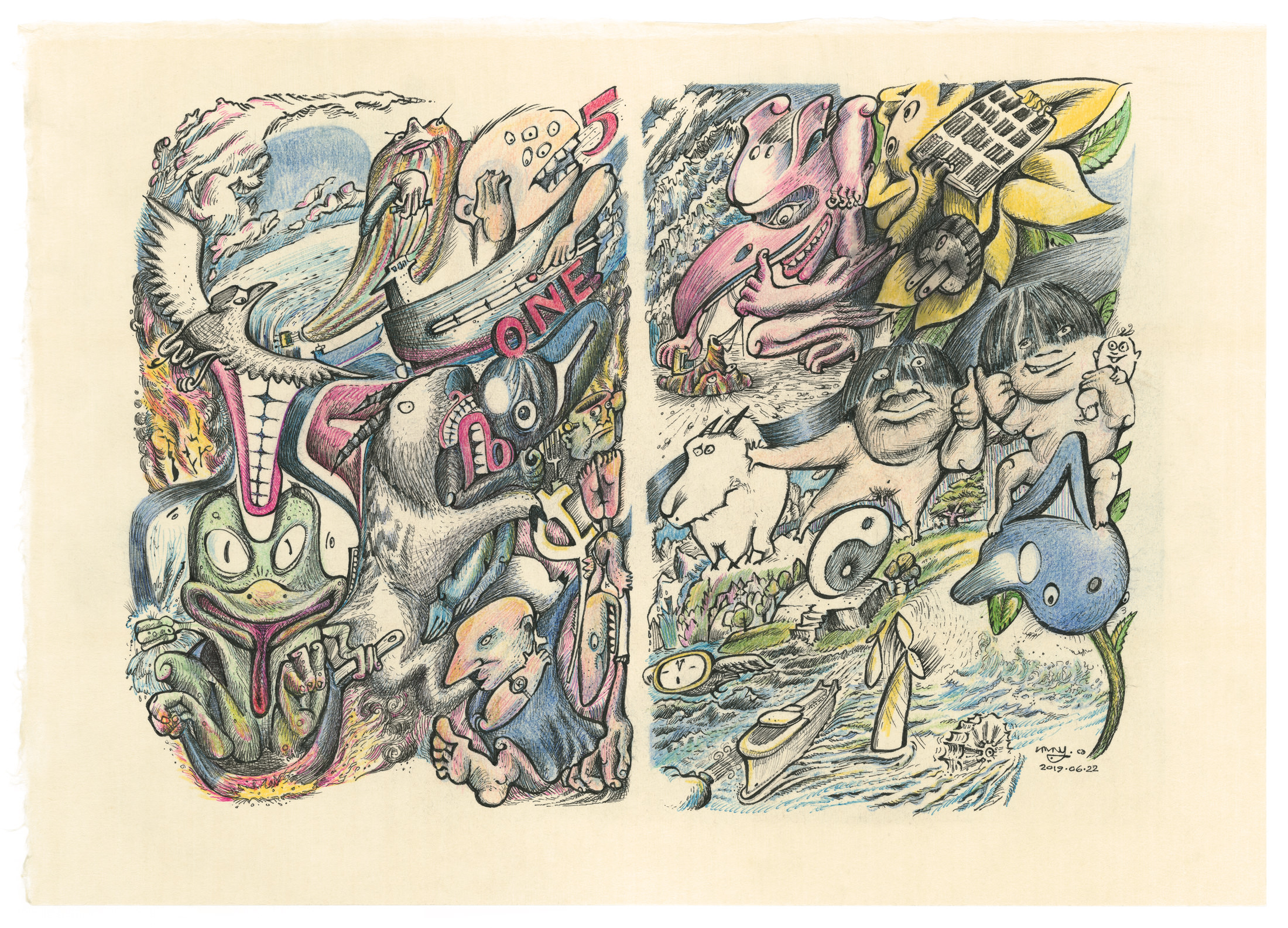 Earlier this year, I spotted my teenage son grab something from the pile of mail I had yet to go through and run off with it. His prized cache? A preview of a graphic novel called Carpe Fin.

“It’s by the same guy who did Red,” he shouted at me, as he vanished upstairs with his spoils.

That “guy” is, of course, Michael Nicoll Yahgulanaas, the award-winning contemporary artist, author, speaker, and originator of an entirely new genre—Haida manga—where the Indigenous iconography of the Pacific Northwest is combined with the traditions of Asian manga art. Carpe Fin (Douglas & MacIntyre, 2019) is the prequel to Red, and tells the tale of Carpe, a man who finds himself in conflict with the Lord of the Rock over his efforts to hunt sea lions.

Carpe Fin is also an original commission by the Seattle Art Museum for their permanent collection (on display until November 2020), where the tale is presented as a 12 square-metre, watercolour and ink mural on six panels of rare Japanese mulberry paper. 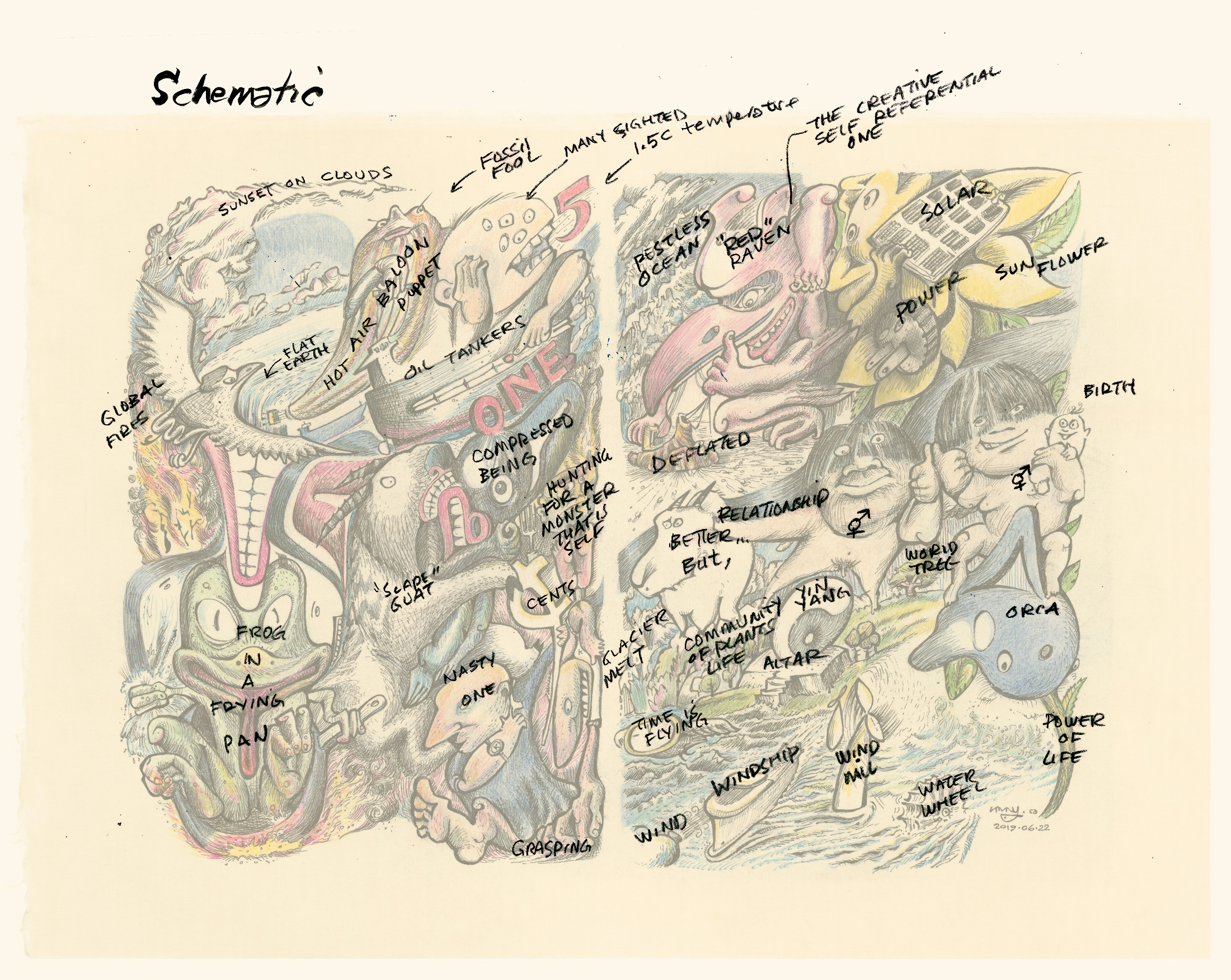 For MONTECRISTO Magazine, Yahgulanaas graciously agreed to create an original artwork to feature in our Essay section. His double-page Haida manga illustration represents two sides of the environment—the left side, out of balance and disaster-fuelled; the right, where nature, animals, and humans are all in balance. It’s a stunning piece of work, and we are thrilled to share it again here.

For those interested in what Yahgulanaas is doing next, an operetta based on his earlier book, Flight of the Hummingbird, commissioned by Vancouver Opera and the Pacific Opera Victoria, will premiere in January and tour to over 100 schools across the province until May.

For more information about Michael Nicoll Yahgulanaas and his work, please visit mny.ca