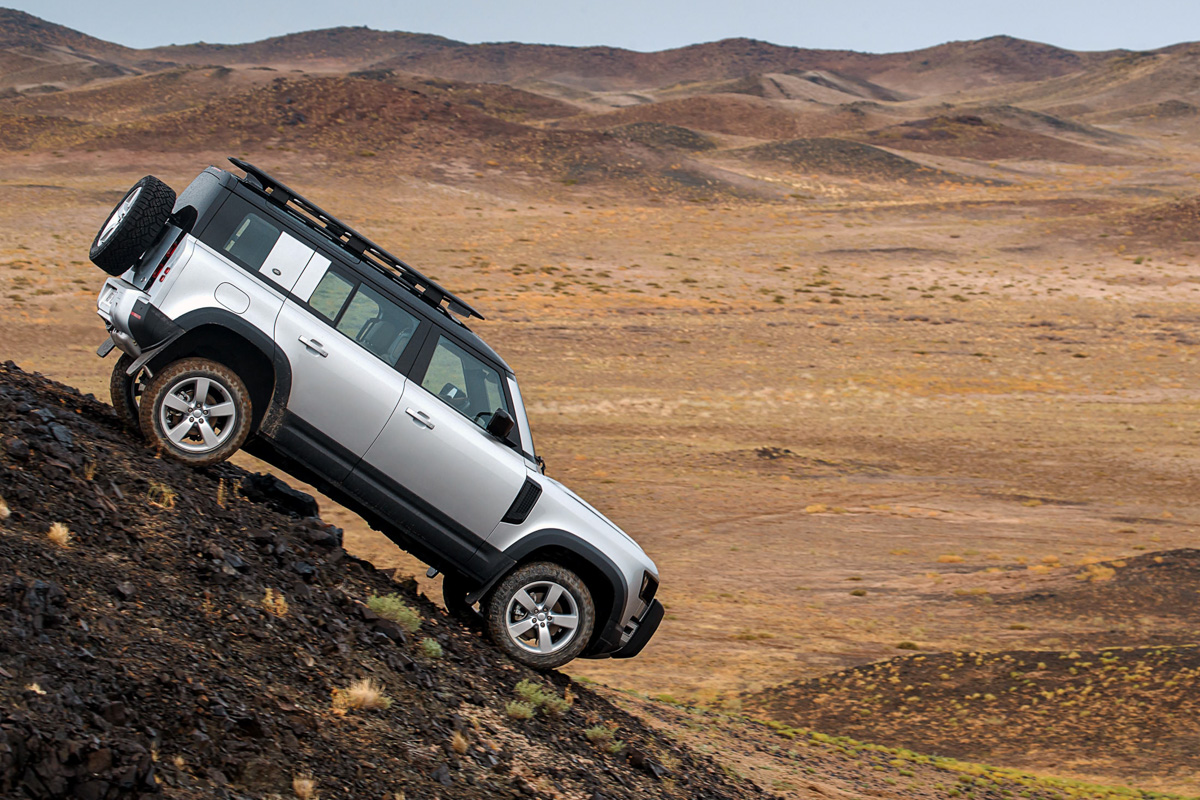 All photos courtesy of Land Rover.

1997. For book lovers, it was the year of the first Harry Potter tome. For techies, it was the year IBM’s Deep Blue beat Garry Kasparov at chess. But for those who care about locking hubs and approach angles, it’s known as the last year that Land Rover imported the iconic Defender into North America. The result has been one of the strangest anomalies in the collectable car market—in a world full of rare Italian convertibles and efficient German sports cars, the Defender stands as the rare SUV (a term that hadn’t even been dreamed up when the first Defender rolled off the line in 1948) that’s year after year seen an appreciation in value such that a mid-1990s model in good shape will routinely sell for more than most brand-new SUVs.

It’s an anomaly that’s not gone unnoticed at Land Rover’s parent company, Tata Motors. With the debut of the all-new 2020 Land Rover Defender, Tata hopes that there’s something in the order of 23 years of pent-up demand for a new purpose-built truck worthy to carry the name of what many consider the greatest four-by-four ever built. The question is, can the new model’s state-of-the-art off-road system climb the mountain of nostalgia that its predecessor enjoys?

It’s a mud-filled pothole of a question. There are two constants about the old Defender. First, as an everyday car, it was horrendous to drive: slow, not particularly reliable, and prone to rust. Second, despite these drawbacks, it became one of the coolest cars on the road. On a recent Zoom call to talk about a new multi-million-dollar piece of art, I saw a vintage Defender parked behind Rodney Graham’s studio. When the Queen wants to tool around Balmoral, she often chooses an old Defender over a modern Range Rover. Its aggressively boxy frame screams, “I don’t bow to the winds of change.” 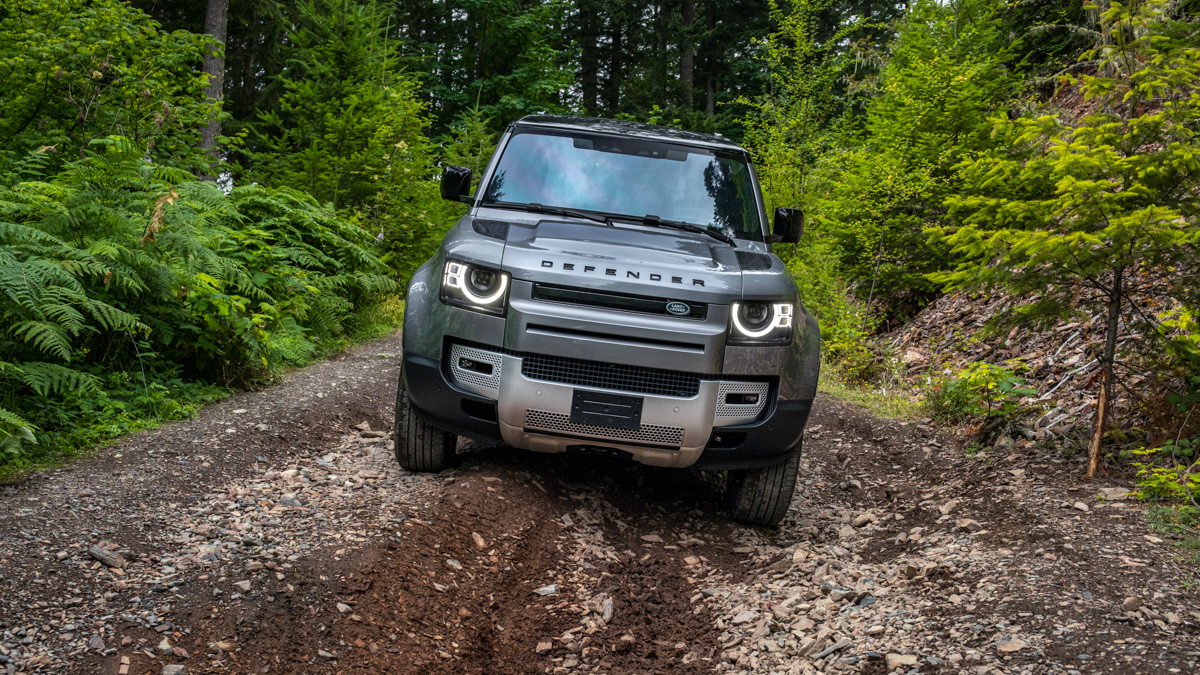 So Land Rover has tried to corral the good parts (legendary off-roading, menacing visage) while improving on the tricky ones, and the result is—sorry, new Bronco—the most anticipated SUV in ages. It looks… hulking, in the best sense of the word. The rear fenders flare out like the nostrils on a charging bull. The grill seems to be looking for a small tree to dominate, the modern headlights illuminate round just like on the predecessor. But there’s a refinement here that’s a plus for all but the most masochistic classic Defender fans—while the old model looked as if it belonged to a different genus, the new is clearly brand cousins with the elevated Range Rover and sleek Discovery—it just looks as though it’s the rugby playing cousin who spends a lot of time at the gym.

Inside is another exercise in the best of both worlds—the dash is clad in what seems like modified neoprene, and there are plenty of rubberized coverings everywhere, such that one could, in theory, hose down the whole operation after, say, the Dakar rally. There are grab bars at every turn to grip if you’re besting large boulders, but it also has wireless charging for your phone, more USB ports than I’ve ever seen on a car (actual total, six), and an optional small refrigerated compartment between the front seats. The electronics interface is new to this vehicle and a huge upgrade over the clunky version used in the Jaguar/Land Rover stable over the past few years. 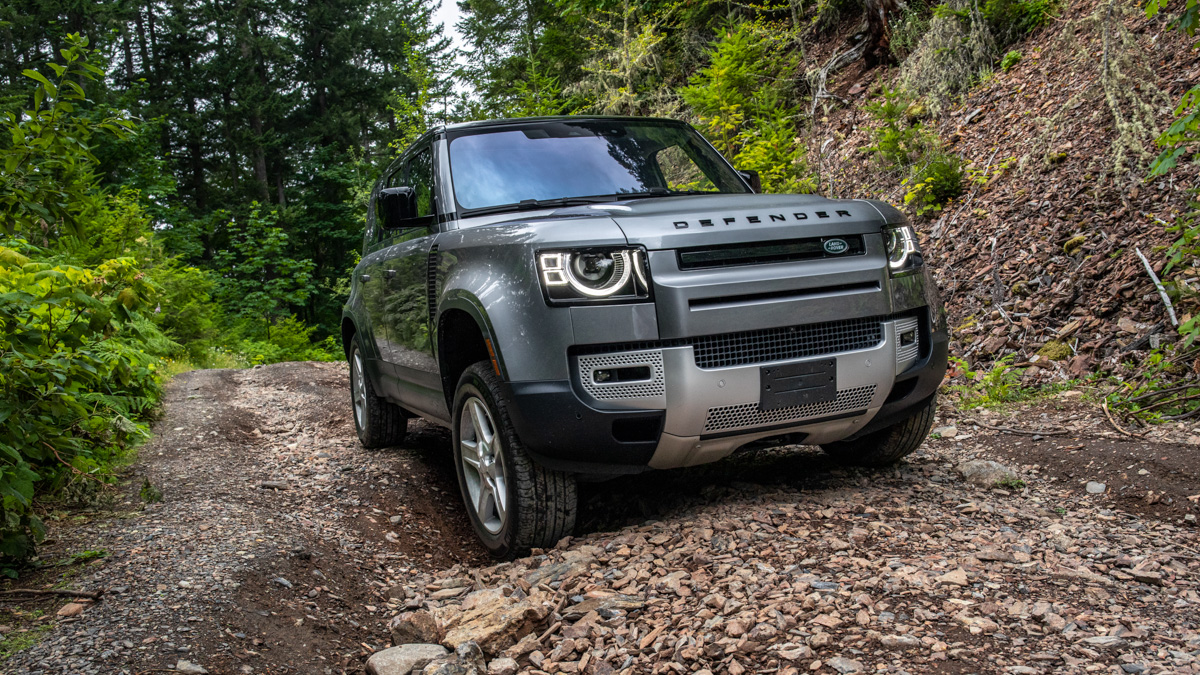 But looking tough is one thing. To be a real Defender is to be perpetually on the lookout for trouble. Washed-out road? Sign me up. Landslide? Child’s play. The reality is the new Defender’s four-by-four capabilities are so far beyond what the average purchaser will ever utilize as to be in the realm of Walter Mitty–esque fantasy. Still, I had tremendous fun engaging the Wade Sensing function that illuminated the screen and showed I could ford rivers up to 900 millimetres deep, and then engaging the air suspension (it feels like being on the world’s calmest mechanical bull) to raise the car and get an extra 75 millimetres of water clearance. So next time we have 40 days and 40 nights of rain, you’ll know who to call. There’s a litany of other genre-leading functions, as well: the phalanx of cameras allows you to essentially see through the hood the rocks in front of you (or parallel park like a champ); All Terrain Progress Control, which is like cruise control for off-roading, and adaptive dynamics, which continually monitors the terrain and adjusts the suspension damper setting to presumably keep you from spilling your tea when driving over logs.

Yet perhaps the most surprising aspect of the driving experience isn’t the ability to drive up the side of a mountain but to burn young punks on the line when the light turns green. The old model went 0-100 km/h in “hopefully”; the new one does it in a blistering six seconds. Even more impressive is that it does it so smoothly. There are plenty of SUVs that have a huge engine yet feel immensely unhappy when they accelerate (we’re looking at you, Herr Geländewagen), but the Defender, with its ingenious 395-horsepower six-cylinder engine that sports both a turbocharger and a small 48-volt hybrid electric supercharger, seems happy to hop to it when you press the pedal down. And what’s more, there’s surprisingly little body roll in the corners for a vehicle that weighs more than 2,000 kilograms and is almost two metres tall. 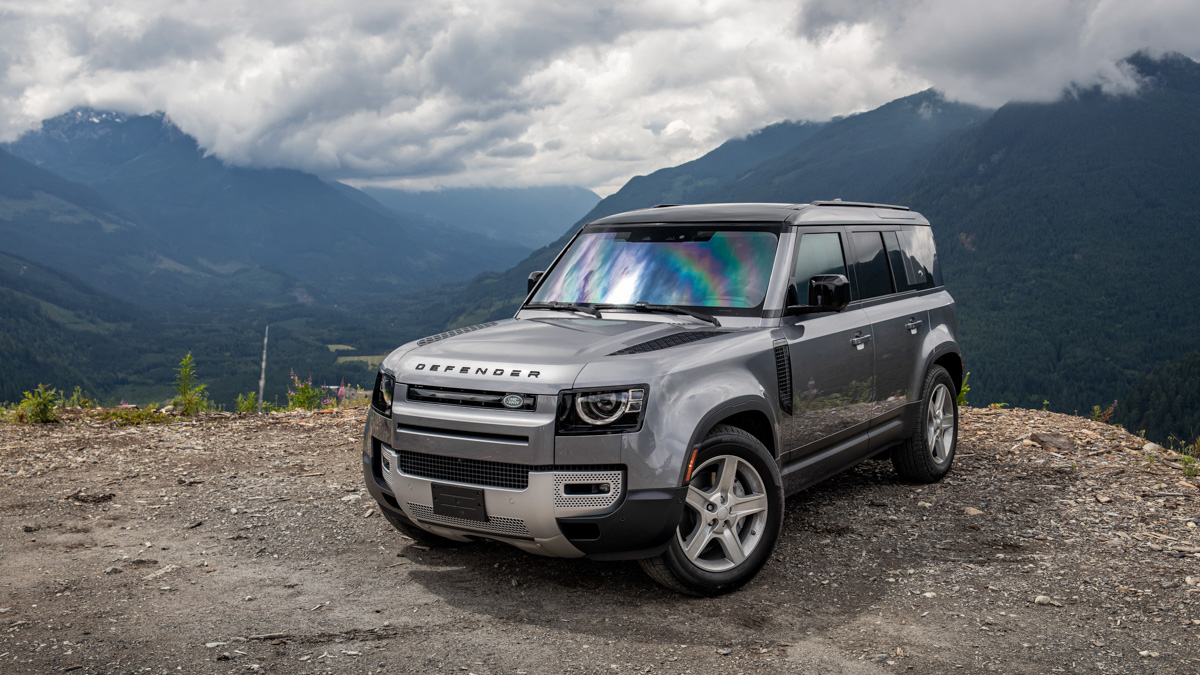 By any standard, it’s a marvelous machine, one that far surpasses its predecessor in almost every category. But will its competency ever capture the imagination like the old Defender did? Midway through my day with it, I found myself in traffic that even the Defender’s off-roading capability couldn’t tame. Looking around, I noticed a man in a neighbouring Honda Pilot—the very definition of a sensible vehicle—in a reverie, checking out my new ride. The light turned, and I pulled away, but for the shortest moment he remained static, still watching the Defender, before a horn alerted him it was time to drive home to his stable, responsible life while I continued on toward a whole world of adventure.

This article is from our Autumn 2020 issue. Read more from Transportation.