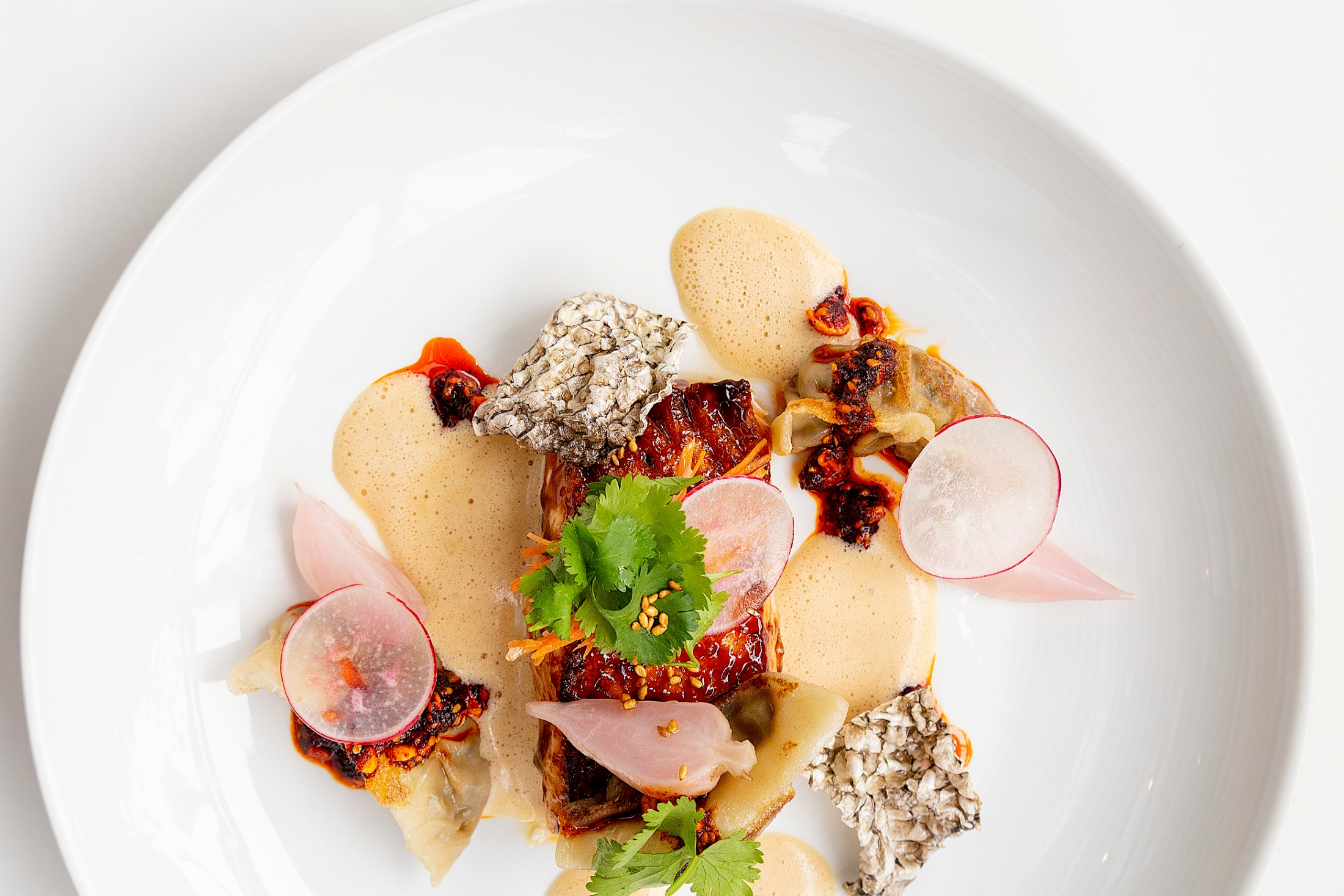 To channel T.S. Eliot, after much exploring, we “arrive where we started and know the place for the first time.” That must resonate with chefs who make pilgrimages to Europe, toiling under Michelin-starred gods and returning with a newfound respect for their own food culture.

And so it went with Guillermo González Beristáin—eventually. He’s in the pantheon of new-wave chefs putting Mexican gastronomy on the map, elevating, refining, even astonishing the world. His flagship restaurant, Pangea, in Monterrey, Mexico (one of 10 he operates in the city), has been on Latin America’s 50 Best Restaurants since 2013. He is also involved in a restaurant in Mexico City.

“French food was the pinnacle back then. I didn’t dare put mole on the menu.”

It wasn’t always that way. There were roadblocks and many detours to get there, including, in 1986, moving away. “I had to leave Mexico to learn to cook,” González says. “I spent nine years going to school and cooking outside Mexico. There were no cooking schools in the country then. Now, there are at least 300 and people want to be cooks. Back then, there were no professional skills and cooking was a job of last resort.” 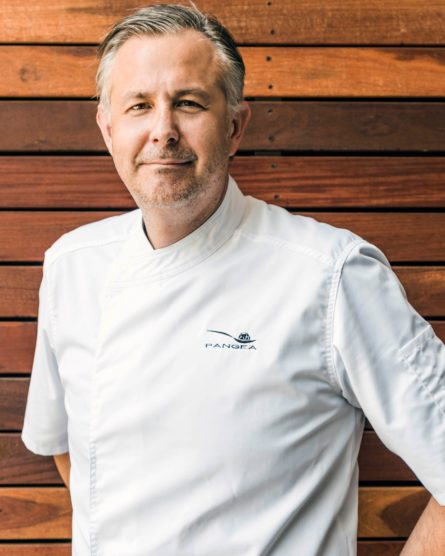 When he opened Pangea in 1998, it was a French restaurant. “French food was the pinnacle back then. I didn’t dare put mole on the menu. When I went to the Culinary Institute of America in New York, Mexican cooking was taught in one day. They did mole with peanut butter! We believed that everything foreign was better—wine, beef, corn, goats, perfume.” Now, he says, “we are proud of being Mexican.” That pride drives the current Pangea menu; it transitioned to a Mexican restaurant incorporating French techniques 15 years ago.

The tall, soft-spoken Gonzalez, 51, recently visited Vancouver for a World Chef Exchange collaboration with Francisco Higareda, executive chef of WildTale Yaletown. “Guillermo is a massive chef in Mexico. He opened the gates in Monterrey,” says Higareda. “I thought of him right away when this opportunity arose. He’s just a fantastic human being.” 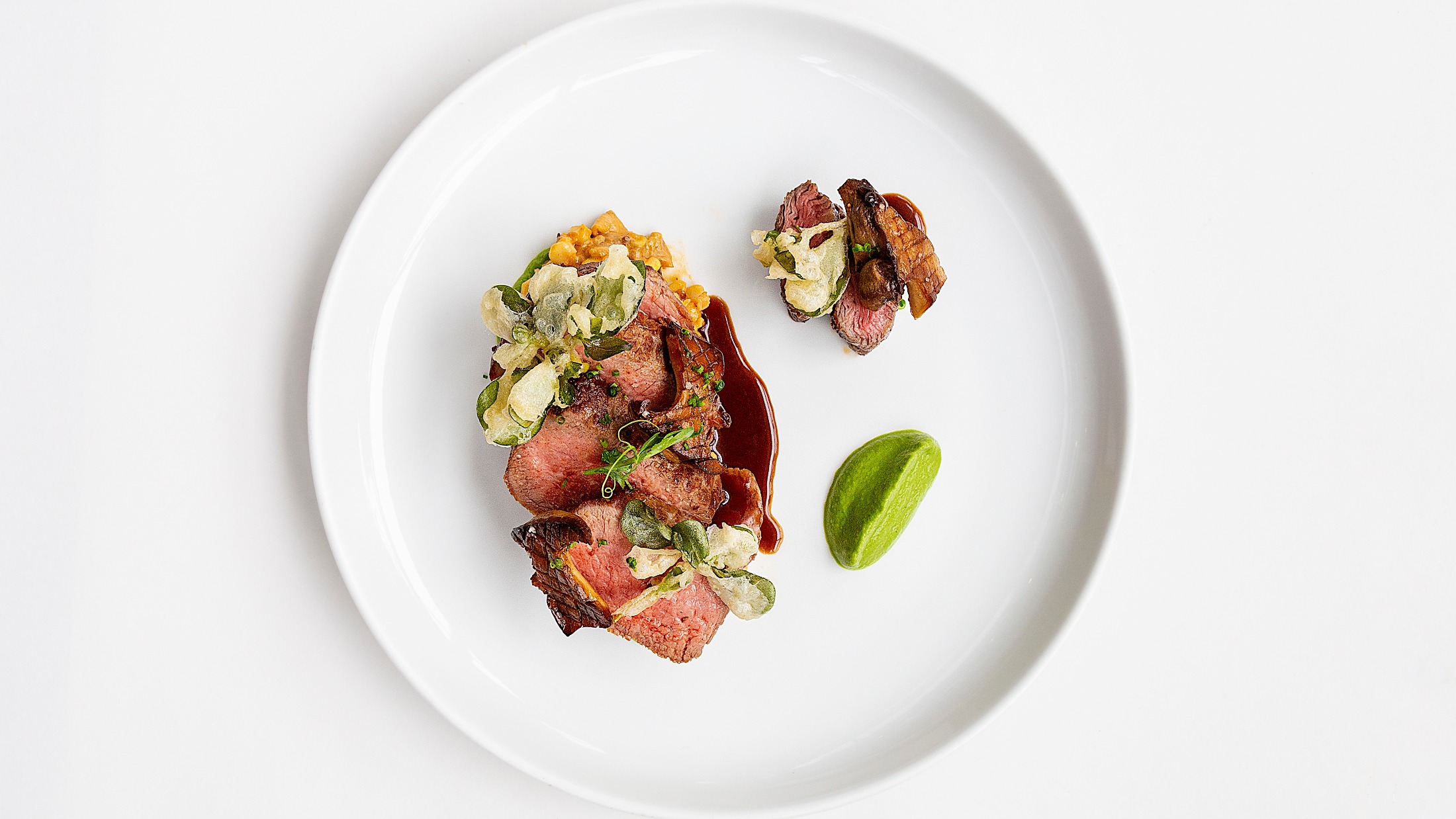 Both chefs think the world has still got much to learn about Mexican food. “What people need to know is that food is completely different from state to state in Mexico,” says González. “It’s a very complex cuisine. In Veracruz, you have a red snapper dish that’s more Spanish than Mexican. It’s where the ships came in and was easier to connect to Spaniards than Mexicans. Oaxaca is known for its seven moles. The Yucatán has cochinita pibil.” Regions were cut off from one another and cuisines evolved independently. The soul of Mexican food is a trinity of corn, beans, and chili peppers, and the rest is geography and history.

Take Monterrey (Mexico’s third-largest metropolitan area), where food isn’t connected to an Indigenous history as it is in the Yucatán or Oaxaca. Rather, it’s born of immigrant Jews who founded the city more than 400 years ago. To this day, pita bread and Middle Eastern spices rule. The city’s defining dish is baby goat (cabrito), cooked whole on a spit. “The Jews brought sheep with them, but it was too hot in summer and too cold in winter to raise them,” González says. “The staple became goat, and people still grill it every weekend. The culture is about grilled meat, soccer, and beer. I don’t feel I have to preserve traditions in Monterrey, which could be a problem if you want to experiment. It gives us more liberty.” 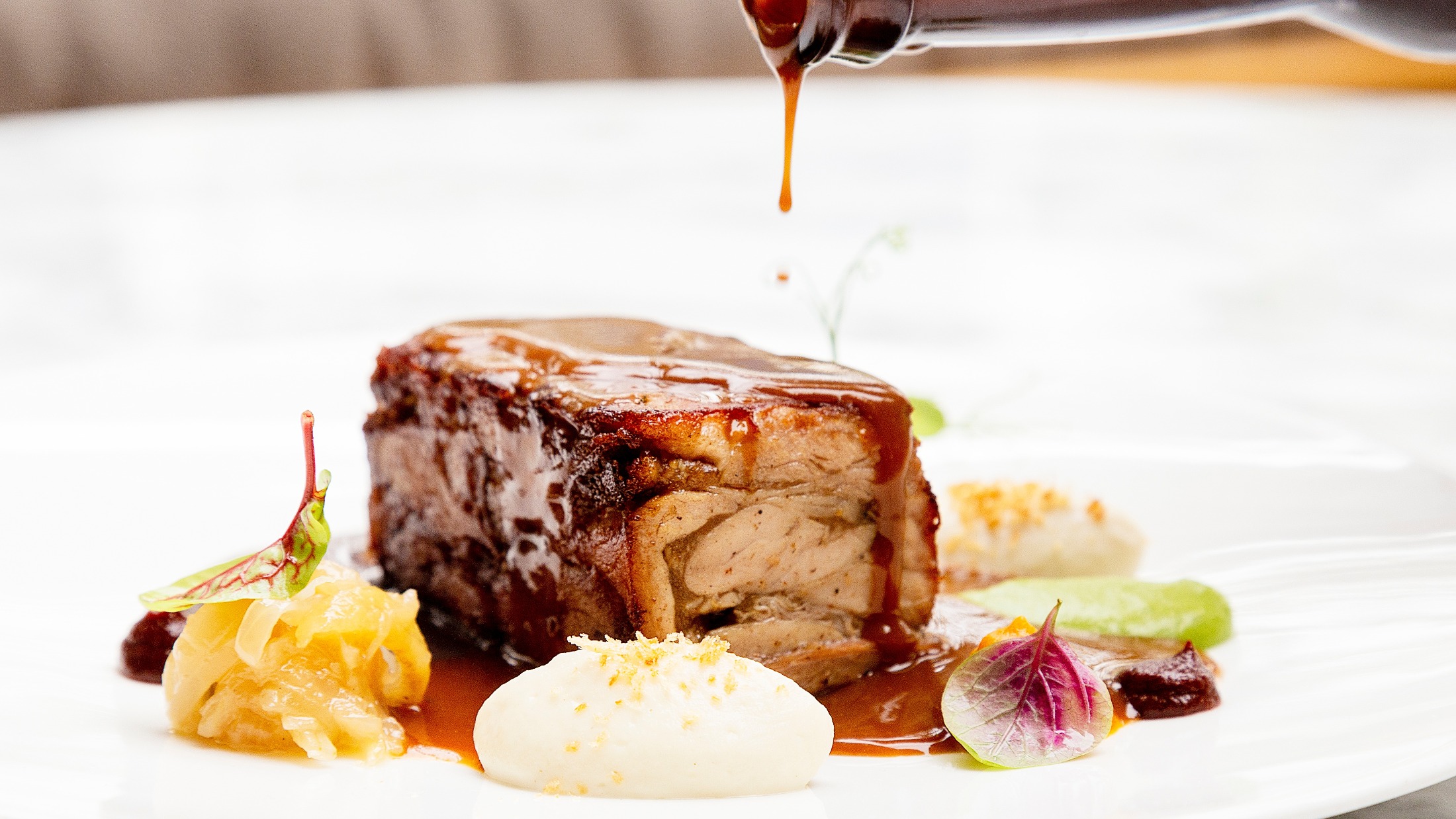 At Pangea, yes, González serves goat, but a soigné version—the breast, cooked sous vide, and made into a terrine. “I pan sear it until it’s golden brown and serve it with different garnishes, and a sauce made from beer, and juices from cooking.” Other dishes one might encounter at Pangea? Foie gras with stewed prunes and Armagnac, and black olive peasant bread, or maybe octopus stew with roasted chickpeas, chorizo, piquillo peppers, and lemon coulis.

At the WildTale dinner, one of his dishes, aged duck breast cooked sous vide with oranges, figs, and pomegranates, was served with a mole of kumquats, chilies, and chocolate. “It’s our take on duck à l’orange,” he says. It’s gutsier, beguiling, and slightly smouldering. 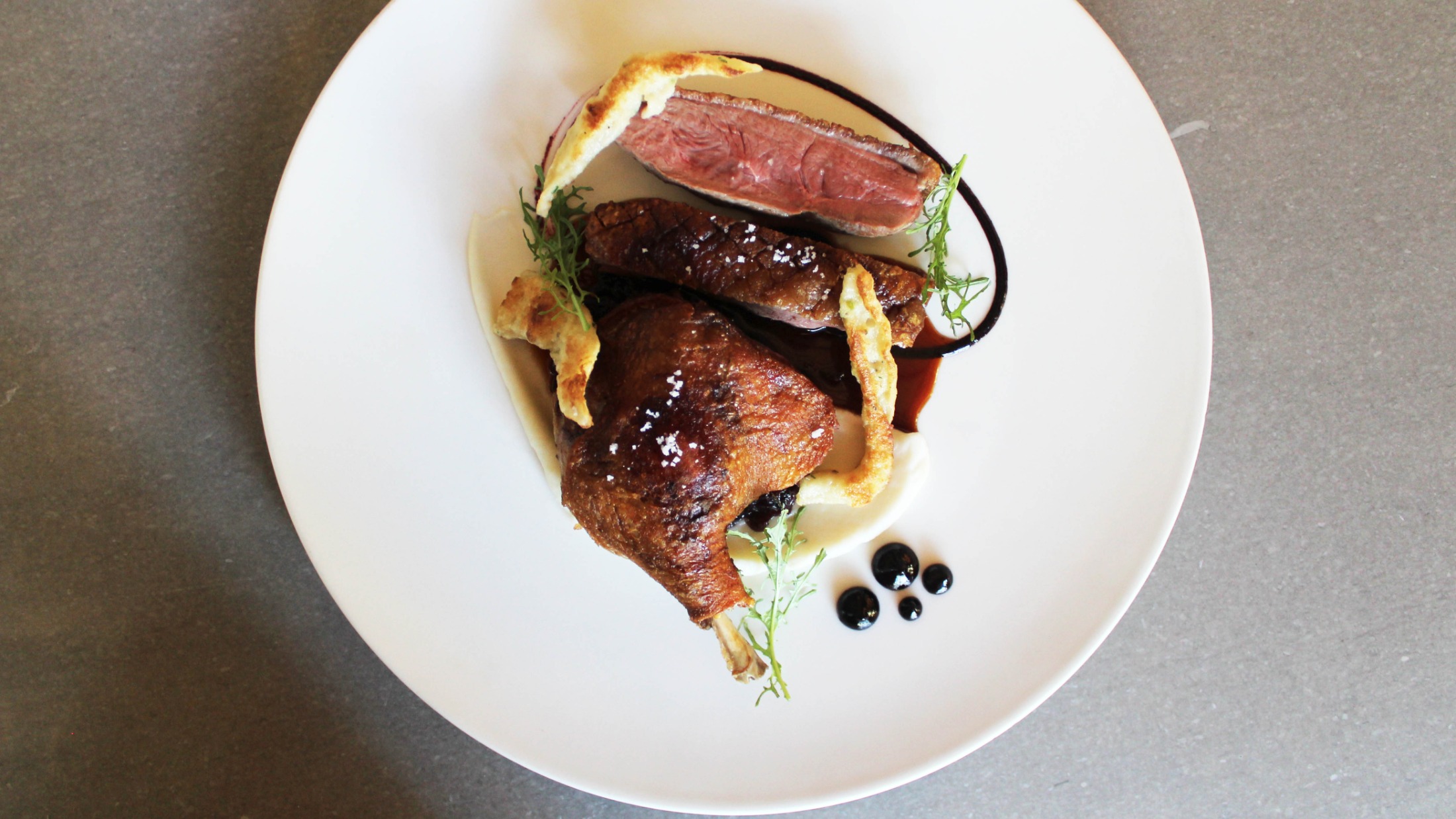 And where there’s good food, there should be good wine. “Mexican wines are amazing,” notes González, who is a partner in the Mariatinto winery in Baja California. “Most people don’t know Mexico was the oldest wine region in North America. When the Spaniards came, they planted grapes all over but eventually took them out because it created competition for Spanish wines.

“Just 25 years ago, it was unimaginable to order a bottle of Mexican wine, but last year for the first time Mexicans consumed more domestic wine than imported. Production is limited, but demand is very high.” 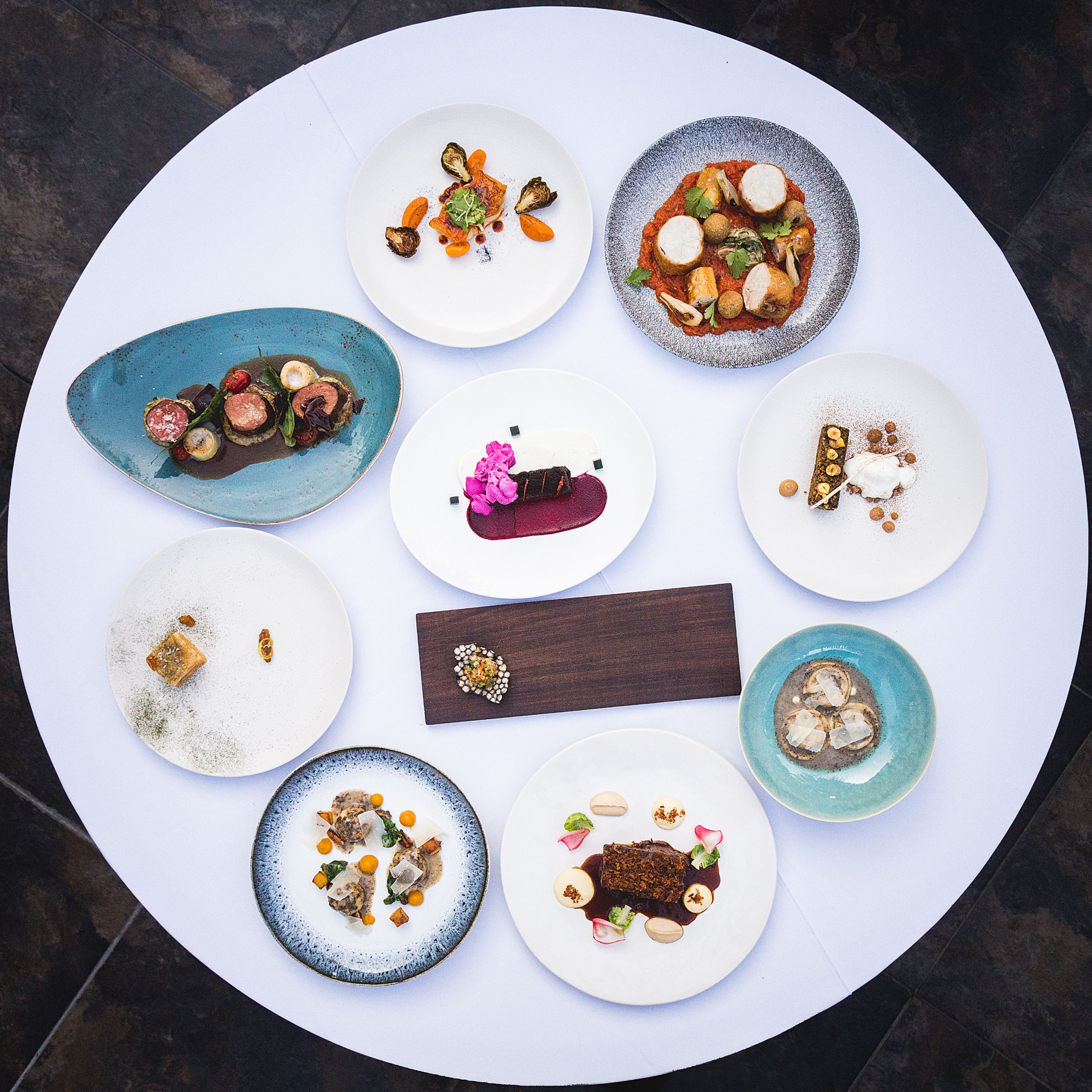 At this stage of his career, González says that what he finds most meaningful is mentoring and nurturing his staff. “My biggest satisfaction is providing security for people who work for us.

“But the biggest thrill is seeing that the best chefs in Mexico are now homegrown and celebrating their own gastronomic culture.”

This article is from our Spring 2020 issue. Read more in Food and Drink.