“I doubted myself at every turn. At one point, after the lead actor dropped out, I apologized to the team and said that I didn’t know if this movie was the right call. There were dark nights of the soul, and while it was important to me, I wasn’t sure about bringing other people through that.”

Andrew Huculiak is talking about his second film as writer-director, Ash (the opening of which, planned for March, has been delayed as theatres have closed across the country). The story was inspired by a shocking news report about the father of a childhood friend, a man Huculiak knew well and had always liked and respected. He had even helped out on some of the home movies Huculiak and his friends made growing up in the Okanagan.

“In a single news story, my notion of this man completely flipped on its head. I spent a lot of time talking to my friend and his family. And I saw how people responded to them in the community. There was not a lot of nuance or empathy. I wanted to use my skills to make an empathetic film.”

Set against raging wildfires (Huculiak and his cousin, cinematographer Joseph Schweers, captured stunning images from real-life conflagrations), the film has a boldly cinematic scale, a searing performance by Tim Guinee, and a grandiose score by Cayne McKenzie, but undoubtedly it also asks a great deal of its audience. This is an anguished, challenging, ambitious, and, for some, problematic movie.

“Some movies add things to the cultural dialogue and everything clicks. Others, maybe the timing isn’t right, it’s too soon to be heard.” 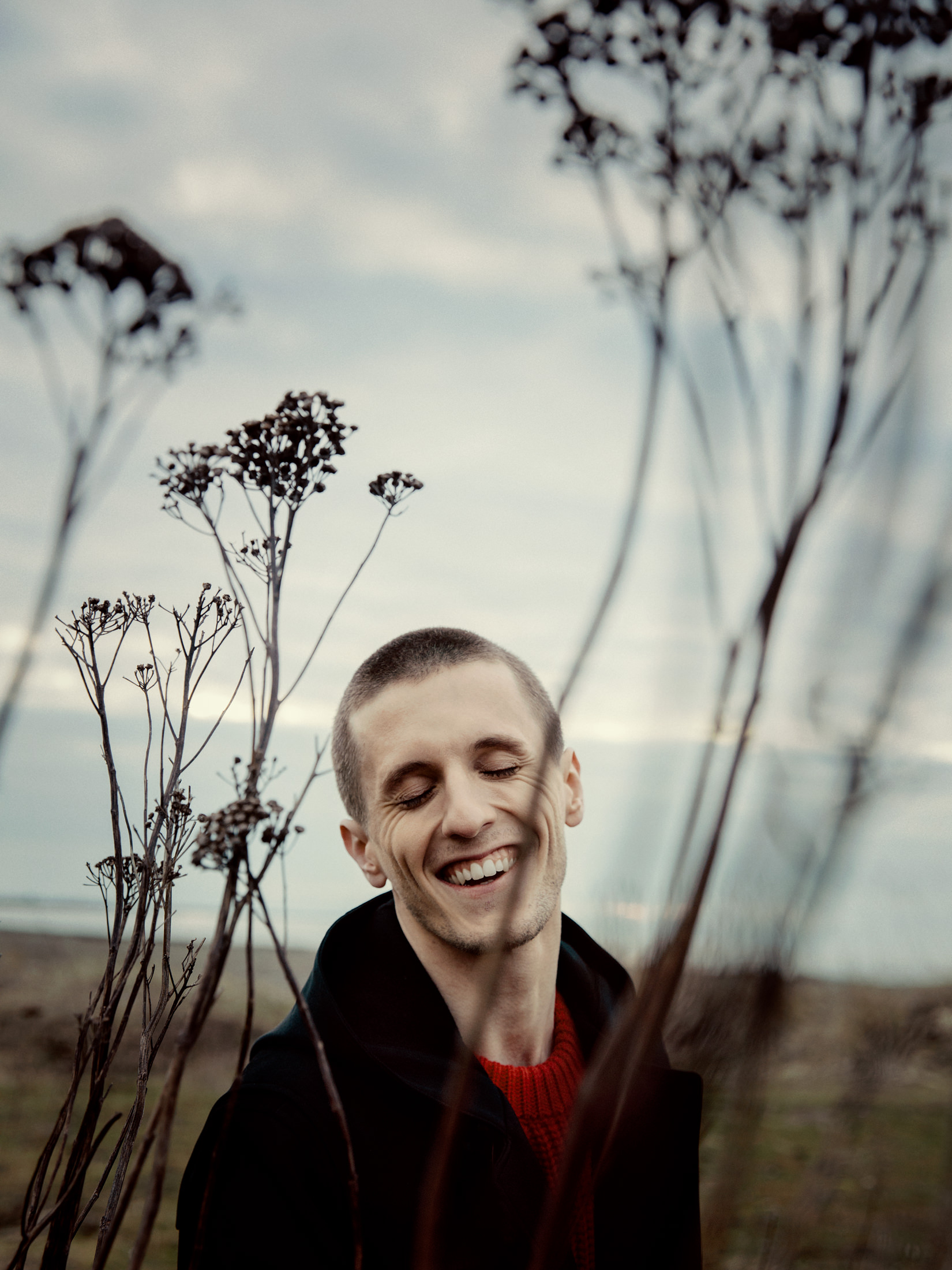 “A part of me is always wanting to explore the edge of possibility and dare to be uncomfortable,” Huculiak reflects. “My greatest fear is just to add to all the noise out there. If a film or a song is worth people’s time, it has to have something new. At least this is not a ‘spinning wheels’ kind of movie. It’s moving the dirt.”

At 29, Vancouver-based Huculiak has already staked several strong claims on our attention, including five albums with We Are The City, the band in which he plays drums and which he co-founded with school friends McKenzie and David Menzel (they are touring the latest, RIP, this year). His first film, the soulful, evocative Violent (2014), won multiple accolades at home and abroad without gaining much traction in the marketplace. The decision to make the movie in Norwegian—a language neither Huculiak nor his close-knit team of collaborators actually speak—probably didn’t help in that regard.

“With Violent, we talked about different countries and different languages as a way to make things challenging. Norway turned out to be the most practical just through some personal connections I had made. But it was a lucky thing because we watched a lot of Scandinavian films in preparation, and their aesthetic and tone really inspired us.” 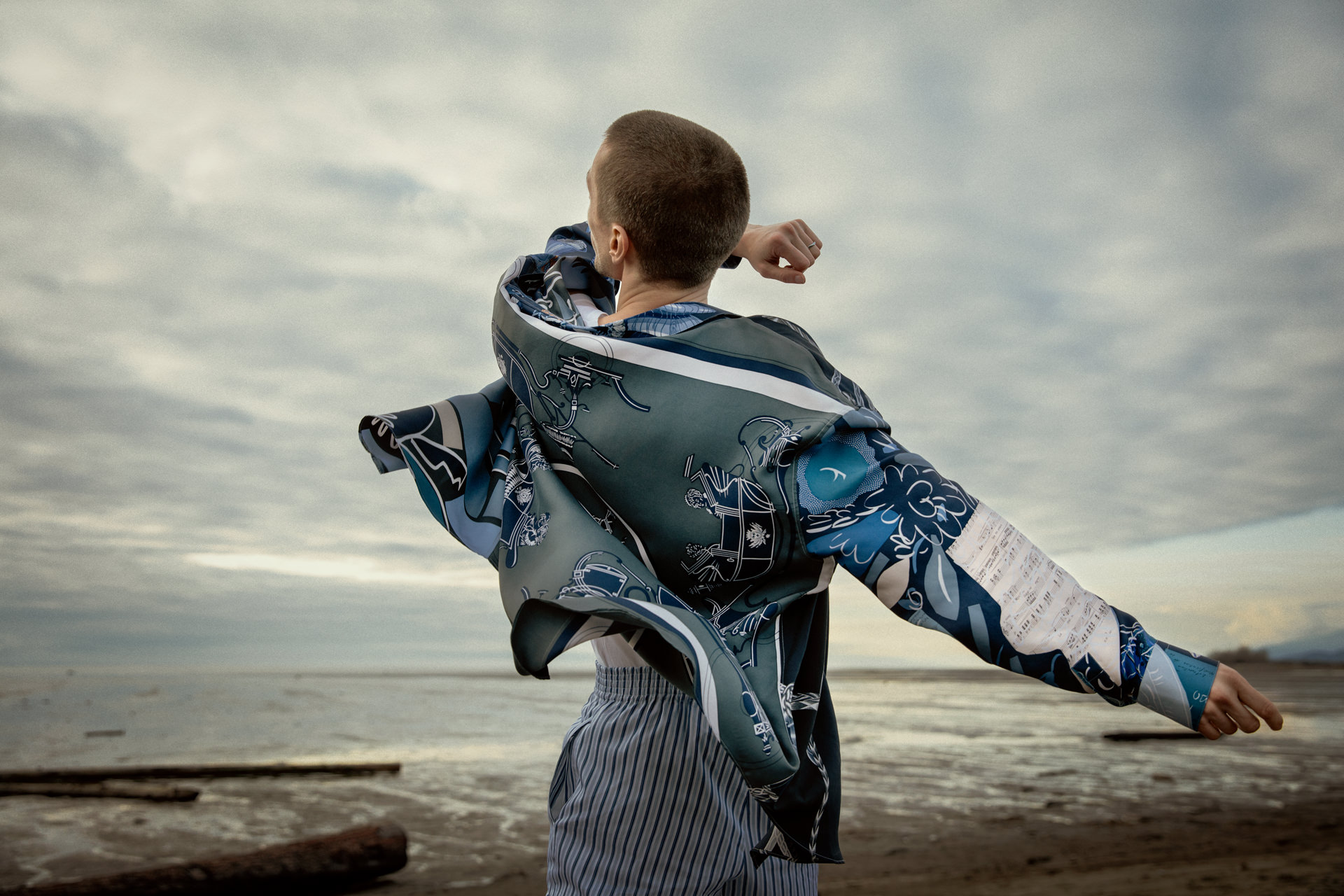 Huculiak didn’t go to film school like his older brother, Josh, or his cousin Joseph, but learned by osmosis and by doing. He remembers being inspired by the Star Wars films and borrowing the screenplays from the local library at the age of six. Soon they were making their own—thrillers and zombie movies—studying DVD extras and DIY film manuals.

“In a sense, I haven’t really progressed,” he laughs. “I’m doing the same things today as I was when I was 15, and with the same friends. It’s a weird thing. My job is to play, really. There was a lot of room to do that in my childhood. The thing for artists is that feeling that everyone around you is waiting to tell you to get a real job. But I was lucky I had a lot of encouragement, and validation came at the right time.”

And as for what’s next? “I’m working on another script. Totally different, and sort of the same.”

This article is from our Spring 2020 issue. Read more from our Style section here.