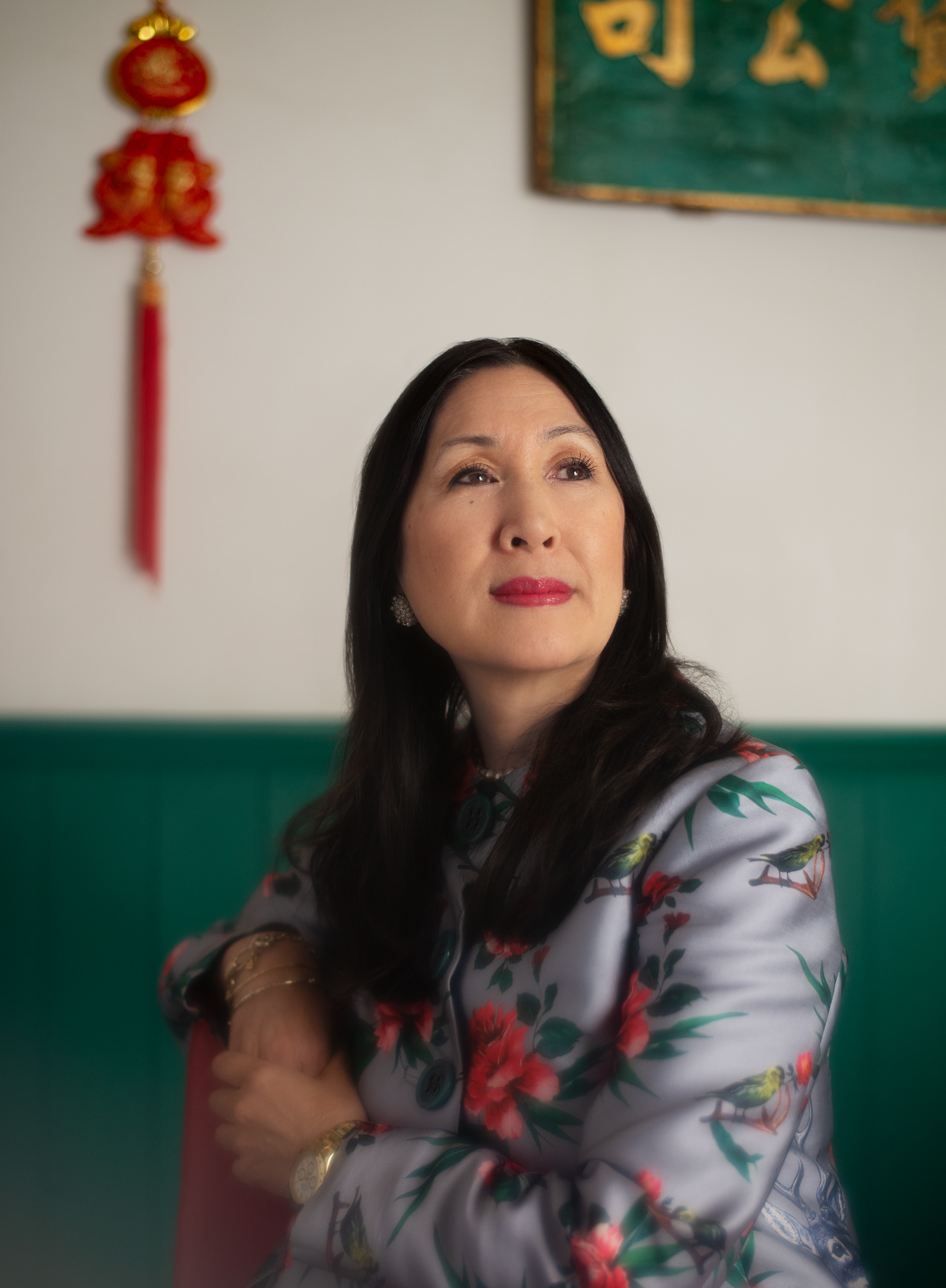 At the western border of Vancouver’s historic Chinatown is arguably one of the most dramatic entrances to any Chinatown in North America. The Millennium Gate, on Pender Street across from International Village, was designed by the late architect Joe Wai in 2001 and replaced a wooden version that stood in its place for almost a century. The gate echoes similar entryways you might find in villages throughout southern China; on its eastern face is Chinese script that reads: “Remember the past and look forward to the future.”

Walking through Millennium Gate on a Monday morning, evidence of that past is everywhere—from the Sam Kee Building (dating to 1913, it’s billed as the world’s narrowest building) to the Chinese Freemasons Building (built in 1907, it was a hotbed of Chinese politics in its early years). Equally evident are some of the neighbourhood’s many 21st-century problems, including shuttered storefronts and homeless men camped out under shop awnings.

I meet Carol Lee outside her Chinatown BBQ on Pender, shortly after 11 a.m. After a couple of minutes struggling to unlock the padlocks and swing open the iron door that protects her award-winning restaurant, she ushers me into the brightly coloured room, and we take a seat at one of the cozy green banquettes at the far back. The walls are adorned with black-and-white photos of some of the neighbourhood’s pioneers, including her very own grandparents.

“The purpose of this restaurant is revitalization,” says Lee, returning from the open-concept kitchen to serve me some tea. “It’s to help revitalize Chinatown and build community—which is very different from many new restaurants. I wasn’t like, oh, I need to make a lot of money here.”

Lee, who opened the 48-seat diner in November 2017, is almost single-handedly trying to return Chinatown to its glory days of the 1950s, ’60s and ’70s—back when the streets were full of vibrant local businesses, and families gathered each weekend to socialize and eat.

She operates a cosmetics business, Linacare, from the third floor of the Lee Building (owned by her family since 1921) just across the street. There, on the main level, she runs a social enterprise shop, Chinatown Vintage; farther east on Pender, Lee hopes to open her second restaurant—a resurrected Chinatown icon, Foo’s Ho Ho—this summer. A few steps to the west, in June, she’s launching the Chinatown Storytelling Centre, located in an old Bank of Montreal branch. Add in a refurbished low-income seniors’ home at the May Wah Hotel and a new 230-bed social housing project at 58 West Hastings (where she expects to break ground this spring or summer), and it’s clear, if nothing else, that Lee won’t be sleeping much in 2020.

Whether it’s her personal business projects (the restaurants) or the more public-oriented work of her Vancouver Chinatown Foundation (launched in 2011, the non-profit is behind the Storytelling Centre, the May Wah, and 58 West Hastings), Lee sees everything through the lens of history: “It’s about connecting things back to the past so that you can understand where you want to go—how you want to go forward.” 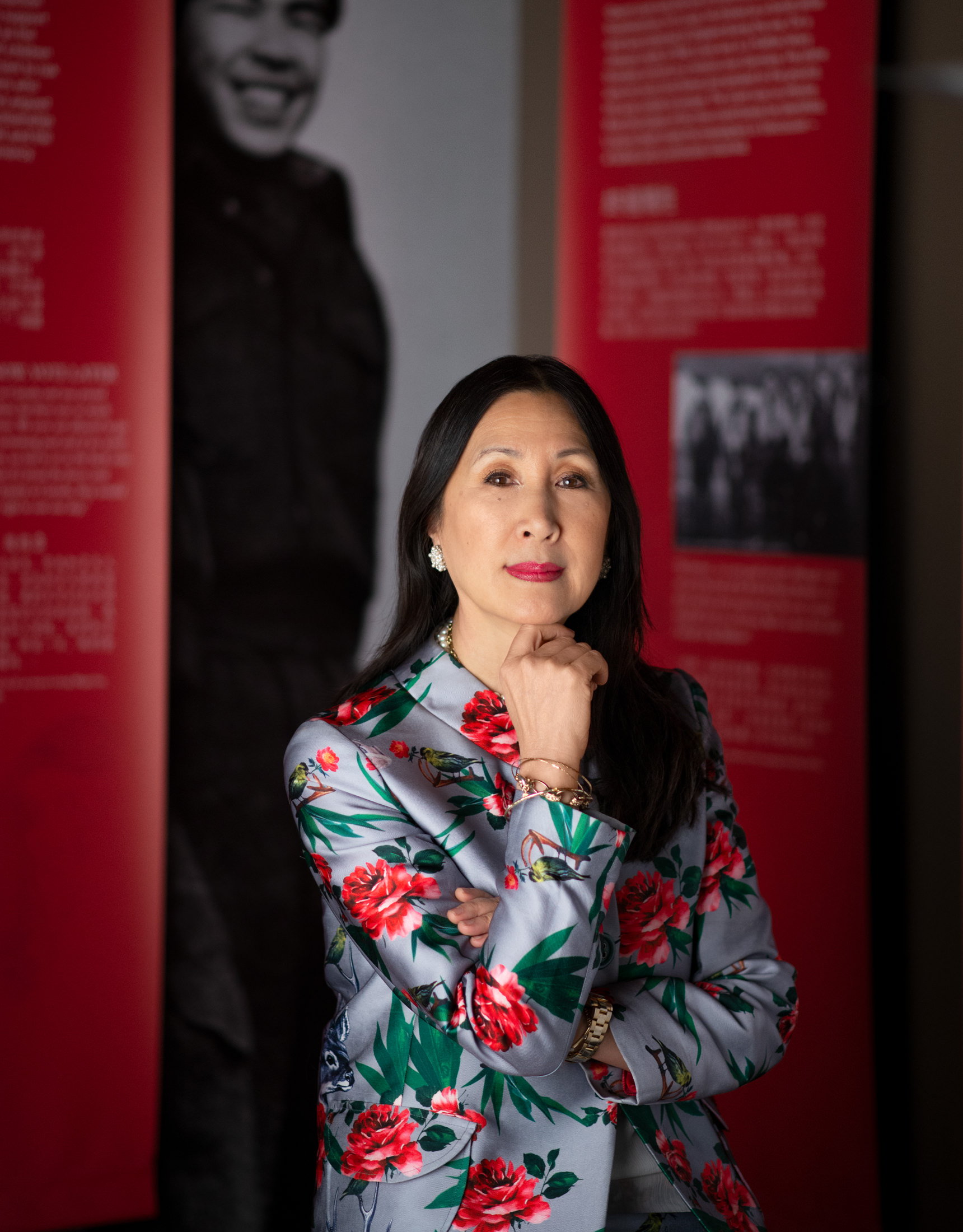 In many ways, Lee’s path was predestined. One of four children of renowned real estate mogul, philanthropist, and ex-University of British Columbia chancellor Robert (Bob) Lee—who provided significant initial funding for the Chinatown Foundation—she followed closely in her late father’s footsteps: going to his alma mater UBC, also for a bachelor of commerce, followed by an MBA at Harvard. She worked with him at his firm, Prospero International Realty, for several years before striking out on her own in 2003 to co-found Linacare Cosmetherapy, with business partner Dr. Henry Fung.

“I grew up in a real estate family. It was kind of expected to go work with dad,” she says. “But then I got breast cancer in my 30s, and it was a bit of a recalibration—a realization that ‘Oh, life can be short, you better figure out if this is really what you want to do. What’s my purpose?’”

While Linacare (which sells creams and moisturizers developed by Fung, a Harvard-trained research scientist) is still a going concern, most of Lee’s attention in recent years has been on revitalizing the neighbourhood she’s worked in for the past 16 years and where she spent many happy times as a child, playing in her grandfather’s dry goods store after Sunday school.

“We spent a lot of time here—eating, special occasions—when my grandparents were still alive,” she recalls. “This is where they all wanted to gravitate to, well before Richmond.”

The rise of ethnic enclaves in Vancouver’s suburbs is a contributing factor to Chinatown’s decades-long decline, as are the myriad social issues spilling over from the neighbouring Downtown Eastside. And while solving the latter is complex and thorny, Lee argues that by pursuing a three-pronged approach to revitalization—investing in commercial renewal, as well as physical and cultural renewal—the future of North America’s third-largest Chinatown (after New York and San Francisco) can be bright once again.

With her restaurants, the aim is seemingly straightforward: show that you can deliver award-winning cuisine, great service and design—and still be a place where locals feel at home. “Part of my philosophy with this restaurant is that language is important—that we need to be accessible,” she says. “The language of the neighbourhood is Cantonese, so everybody here speaks Cantonese.”

With the new Storytelling Centre, her goal is to capture the important contributions of Chinese immigrants to the city. “This is a community where the heroes are these thousands of people who came over,” she notes. “It was really important to me to try to capture these oral histories and piece them together—while we still can.”

After an hour, we leave Chinatown BBQ and head west to the Storytelling Centre. The emphasis of the museum (although Lee doesn’t like the term) is on creating a space where history comes alive—sometimes with documents or objects that chronicle the contributions of Vancouver’s Chinese community, but most often with personal stories. Like those Lee used to hear around the dinner table.

“In southern China, they would put together enough money to buy a one-way ticket for somebody who held promise—and in my grandfather’s village, that was him,” says Lee, describing the journey of her paternal grandfather, Ron Bick Lee, who arrived in 1911 and died in 1994 aged 104. “He faithfully sent money back to the village until the end of his life.” Both of Lee’s grandfathers started as “houseboys”—doing sundry tasks for wealthy B.C. families—and ultimately saved enough to open their own stores. Back then, she observes, “you couldn’t get a job if you were Chinese, so you had to be an entrepreneur.”

We walk into the main room of the centre, where the history is broken up into eight chapters. “This is where the journey begins,” she says, pointing to photos of immigrants coming across the Pacific in ships. We pass another station, called “Building Canada,” which chronicles the construction of the railroad: “We’re trying to get that feeling of what it was like for these guys working here.” Finally, we walk over to a replica 1970s phone booth, with Chinese characters written across its pagoda-shaped roof. “You can pick up the phone and press a button and hear a story,” Lee says. “Three in Cantonese, and three in English.”

For Lee, who has no children of her own, cultural attractions like the Storytelling Centre, social enterprises like May Wah, and thriving restaurants like Chinatown BBQ represent a sort of personal legacy. With the support of her extensive network, she’s been able to raise over $8 million for the Foundation at its annual gala in November—and secured $500,000 in federal funding to help build the Story­­telling Centre.

But if lasting prosperity is to return to Chinatown, it will take more than one woman’s hard work and perseverance. “What is the model going to be going forward?” she asks. “It’s government, profit, non-profit, volunteers, and people active in the community. That’s what it’s going to look like. That’s how the solutions are going to come.”

This article is from our Spring 2020 issue. Read more from our Community section here.