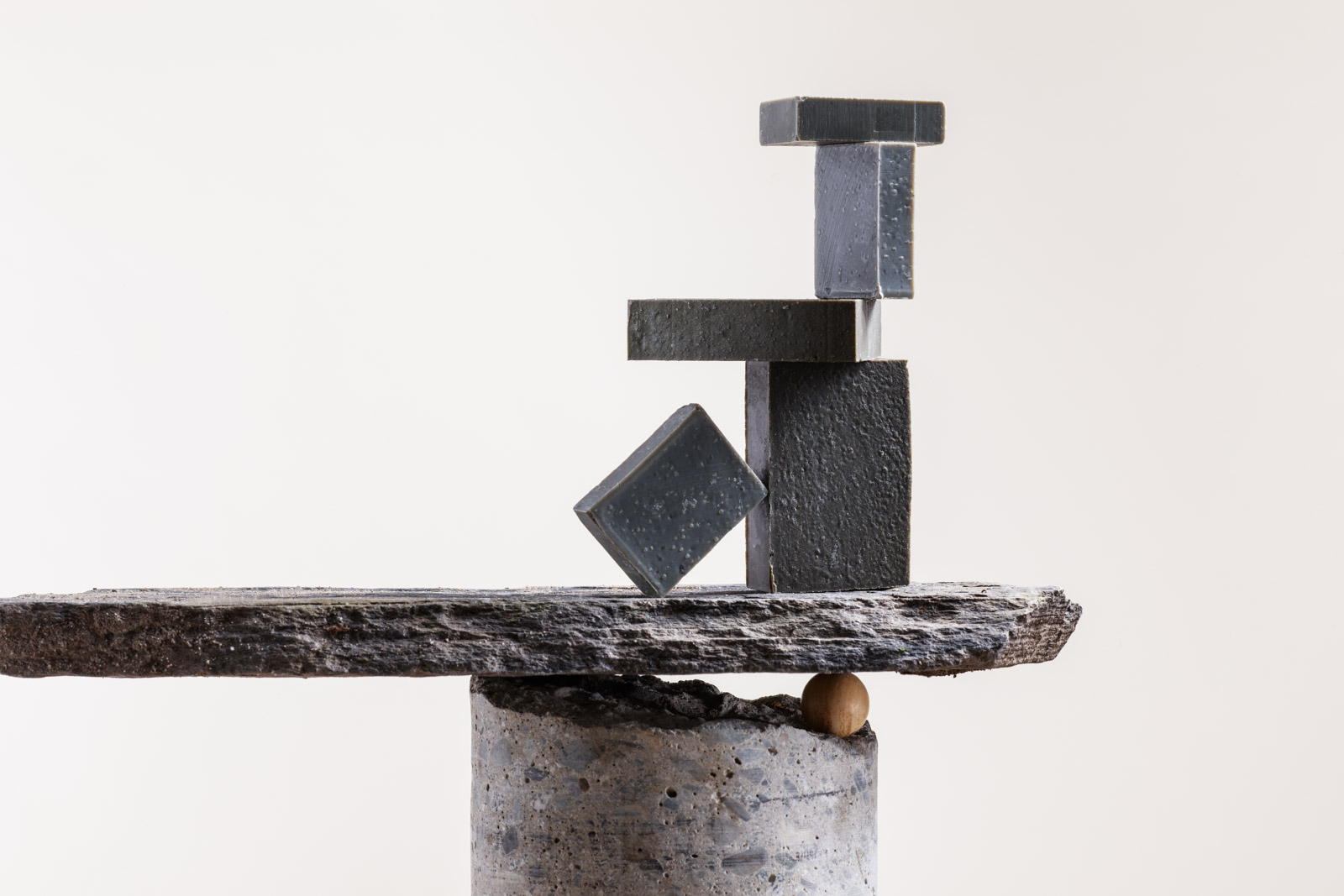 In a world of nonstop skin-care innovations churned out in labs far and wide, a beauty ingredient that takes more than 10,000 years to develop stands out. As the former CEO of a gold exploration company, Richard Whittall, founder of Wosh mineral bars, is no stranger to Earth’s rare and precious materials. But he was not immediately convinced that a clay deposit from the last ice age in B.C.’s Kisameet Bay was an all-natural healing powerhouse.

Whittall first encountered this claim when he contacted his friend Paul Clough, owner of B.C.’s Queen Charlotte Lodge, to request some charitable fishing trip donations. When the conversation turned to clay harvested by the Heiltsuk (Hailzaqv) people off the central coast of B.C., Whittall was intrigued. The greenish clay had been used for generations by the Heiltsuk to treat everything from arthritis to ulcerative colitis and countless skin ailments in between. Clough offered to put him in touch with Kisolite, a biotech company pursuing scientific and medical applications for the clay. “I’ll give you those fishing trips, but you should really check out the clay,” Clough said.

“As a retired mining guy, I didn’t see how I fit in,” Whittall says. “I didn’t know anything about therapeutic applications for the clay.” Then he discovered there was a product: clay soap. A package of samples soon arrived at Whittall’s door, and he gave some to his wife, a school principal, who shared them with some of the teachers. Her young colleagues with acne were astonished to see their skin flare-ups quickly dissipate after using the mineral bars. “The before and afters were kind of stunning,” Whittall notes.

But it was only when his 14-year-old 90-pound golden retriever, Henry, rolled in fertilizer on a golf course one morning that Whittall became a believer. The subsequent burns caused Henry to rip his fur out out, and, despite the veterinarian’s prescriptions and salves, nothing assuaged the pet’s agony. In desperation, Whittall grabbed a bar of the clay soap and lathered the dog up. Within two hours, Henry stopped licking and scratching his raw skin, and within two weeks his fur had grown back. Whittall decided, “I don’t know what’s in this clay, but I think I’d like to get involved.”

A UBC study published in 2016 in the American Society for Microbiology’s mBio journal confirmed the clay had rare healing properties. Building on early research from MIT in the 1950s, professor emeritus and microbiologist Julian Davies and researchers Shekooh Behroozian and Sarah Svensson recommended it be studied as a potential clinical treatment for serious infections caused by bacteria that have become resistant to antibiotics. “After 50 years of overusing and misusing antibiotics, ancient medicinals and other natural mineral-based agents may provide new weapons in the battle against multidrug-resistant pathogens,” Davies noted.

In their in vitro testing, Davies and his fellow researchers found that when Kisameet clay was suspended in water, it killed 16 strains of bacteria samples from sources that included Vancouver General Hospital, St. Paul’s Hospital, and the University of British Columbia’s wastewater treatment pilot plant.

“It’s so brand new and exciting,” Whittall says. “I don’t have a background in consumer products or cosmetics, but I was so excited by the mineral bar and what it could do for people.” Whittall partnered with Kisameet Glacial Clay, which processes the clay, and its biotech arm, Kisolite. In February 2020, Wosh introduced its new 100-gram mineral bars in simple pale green boxes.

The partnership includes the Heiltsuk people who are, first and foremost, stewards of the land where the clay comes from. Their nearly 400-million-kilogram mineral deposit sits in a five-acre shallow basin surrounded by trees and covered with a thin layer of plants. The Heiltsuk have harvested the clay sustainably and ethically for generations, and that continues today. Collected in pails, it is then brought to Squamish for processing. “When the clay was introduced to us by the Heiltsuk people, it developed into a relationship that’s been growing ever since,” says Kisameet Glacial Clay president Lawrence Lund, who works directly with the First Nation. “This is their clay on their unceded territory, and so I’ve learned so much from them in this process—even from an archaeological perspective.”

In some ways, Wosh is made using the same techniques as have been used for the gentlest traditional soaps for thousands of years; select plant-derived oils are saponified at low temperatures, without the addition of parabens, formaldehyde, or fragrances, which can disrupt the delicate balance of the skin. What’s new is a clay rich with 40 minerals that have been shown by both tradition and modern science to fight harmful bacteria.

“We wanted to differentiate this from soap because it’s so much more,” Whittall says. It is safe for all skin types and for all ages, from babies to seniors. Each bar includes 30 grams of clay, which gives it a green-grey hue, along with safflower seed, coconut, tea tree, lavender, olive, castor seed, and sustainable palm oils. “You don’t typically share a bar of standard soap,” Whittall says. “But I have Wosh at every sink at my house because it’s the most antimicrobial soap on the planet.” Call it an overnight success story—10,000 years in the making.

This story is from our Spring 2021 issue. Read more Beauty stories.