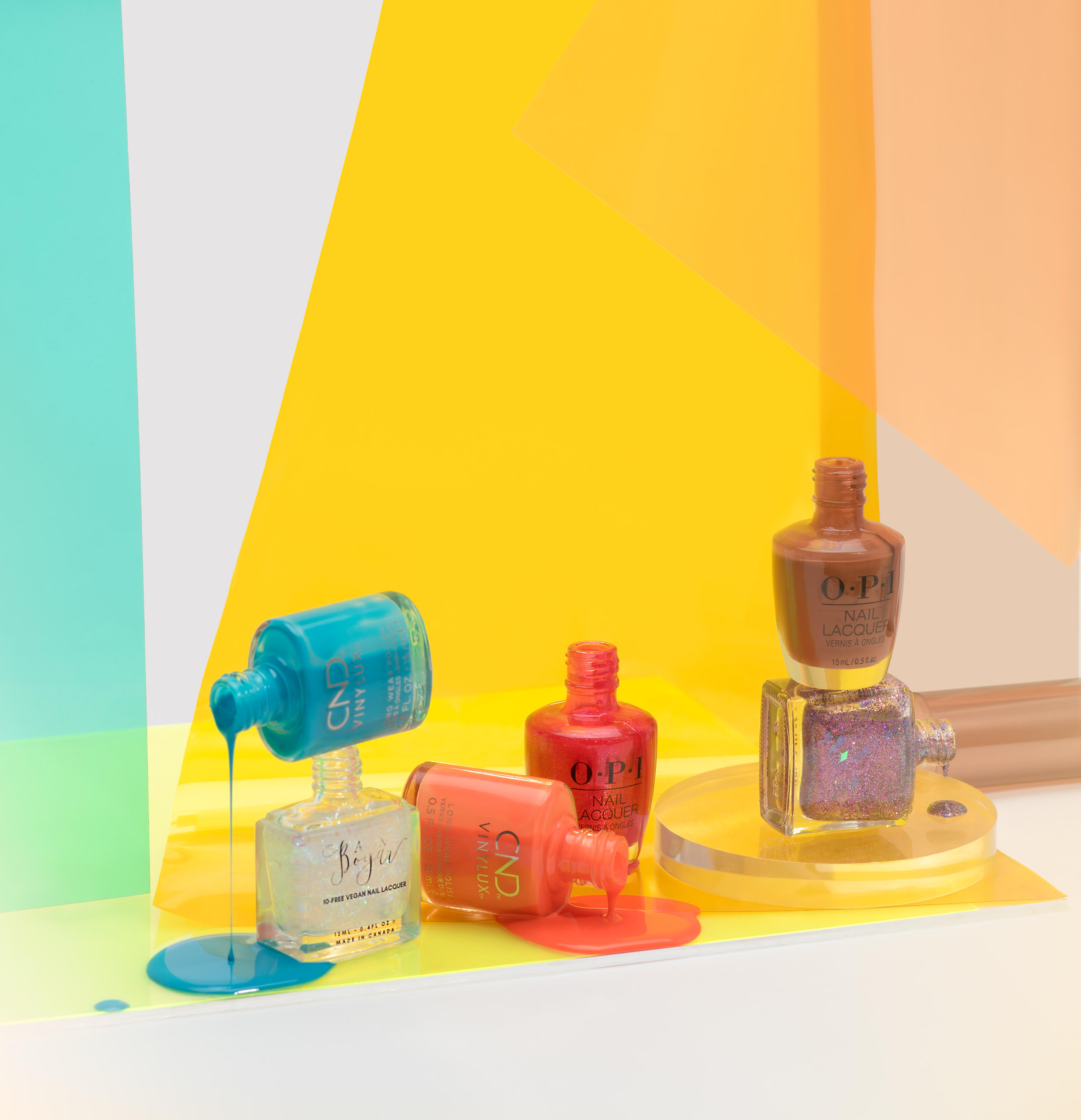 Summer sandal season is upon us, marking the annual emergence of toes from hibernation. And this year, toes are joined by fingers ravaged by regular slicks of hand sanitizer. It’s been a tough year for your nails, and they need some love.

“The pandemic has changed the industry, not only because of basic things like lockdowns with salons closing,” says Samantha Silvius, an OPI brand educator and ambassador based in Ontario, “but it’s really had an impact on how people gravitate towards colour—people are choosing pastel shades now to create a sense of calm and comfort.” OPI, created in 1981 and now sold in over 100 countries around the world, established itself as an early colour trendsetter when it became one of the first nail polish brands to switch from traditional numbered names to more playful monikers—Big Apple Red and I’m Not Really a Waitress among them.

OPI’s summer 2021 Malibu Collection, part of the company’s 40th anniversary celebration this year, taps into that calmer psychology with the launch of Coastal Sand-tuary, a shade that channels a calming beach in creamy ivory, while Endless Sun-ner evokes a year-long sun-kissed tan. Earthy tones—Bonfire Serenade in brown suggests fireside guitar strums—figure too, mirroring the sartorial conduit to nature of fall 2021’s fashion runway trends. A lot of nails will soon be signalling peace, calm, and balance.

Linda Trang Ly, owner of Onyx Aesthetics Studio in Gastown, believes manicures and pedicures serve as more than just beauty ritual. “People forget how much mental health plays into the salon experience—there’s an element of therapy to sitting in a chair and just being able to unload,” she explains. With the spa experience so altered, not to mention countless patrons staying away out of an abundance of caution, many of us have missed that salon confessional.

The good news is that the summer of 2021 promises to return us to some semblance of normalcy—along with signs of exuberance. Roughly three-quarters of Trang’s clients are now requesting nail art and extensions, which she credits in part to celebrities sporting long nails. “Celebrities are doing the extreme versions that almost look like claws, but they have housekeepers,” she laughs. “We follow Hollywood trends but in a tamer way with a modified version with gel infills.”

“The Roaring Twenties are on their way back, and it starts with nails,” says CND Vinylux’s co-founder Jan Arnold, whose father, Dr. Stuart Nordstrom, first laid the groundwork for the pioneering nail polish.

“My dad was a practising dentist, but he was also a chemist,” she says. “I remember him working on his own mouth rinse and toothpaste and developing his own hand lotion.” With five kids, he had no shortage of guinea pigs, but it wasn’t until he was making a crown for a manicurist that his aha moment presented itself. His patient said, ‘Oh my God, that smells like what I use to sculpt nails.” The patient didn’t like that her polymer nail product turned yellow in the sun, so Dr. Nordstrom set to work inventing a product that wouldn’t yellow—and a patent quickly followed.

In 1996, Revlon bought the successful family-owned CND, but Arnold still serves as style director. She is excited for the festive 2021 Summer City Chic lineup with orange Popsicle Picnic and Pop-Up Pool Party in blue. And she’s especially proud of the new Plexigel, a vegan product formulated without formaldehyde and animal-derived substances. It’s a workhorse of a product that serves as base coat, shaper (filling in cracks and ridges), builder (offering customizable length), and topcoat.

Driven by millennials, the fastest growing service is nail extensions, Arnold says. “These women love long nails,” she notes. “They love it because it gives them a platform to do art—so many of them are young creatives with their own blogs and social media, so painting long nails gives them 10 amazing canvases they can express themselves with.”

It’s that same passion that led local Vancouverite Ann Boyar to launch her own vegan nail brand after a lifetime of decorating her own nails. “Ever since I was nine, I would spend a few hours every Sunday night painting my own nails and decorating them with rhinestones, stickers, glitter, and even small paper flowers,” she says. But after enrolling in resource management at SFU, she quickly learned of the beauty industry’s toll on the environment and committed to helping solve the problem. After much trial and error, she launched AnnBoyar on Etsy, a lineup of 117 custom-ordered nail polishes that are 10-free (created without 10 of the most common ingredient offenders). She hand-mixes and -bottles every shade herself and fills bespoke orders in glass bottles from Italy.

She collaborated with Ste. Anne’s Spa in Ontario for a collection before the pandemic, but it’s been quiet since. She predicts an effervescence in both body and mind this summer. “Flakies will be big,” she explains. “It’s a polish that, in natural sunlight, creates a mermaid-like effect in iridescent chrome—creamy white will turn yellow gold, or purple lilac can turn purple fuschia.” Wear it on its own or layered over a colour, but either way, this summer is all about doing what makes us look—and feel—good.