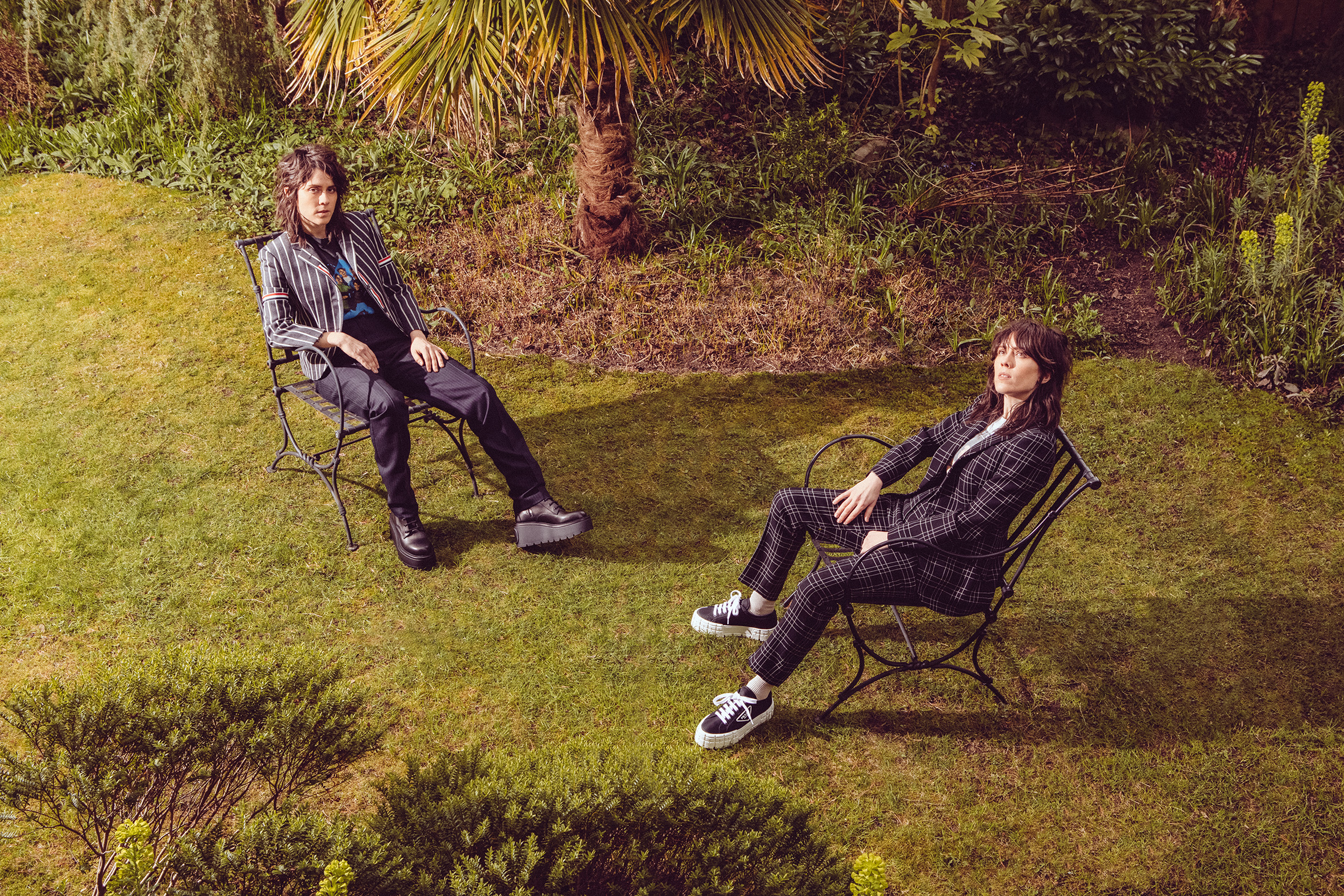 The morning has been, Tegan and Sara Quin tell me, total chaos. Sara is in the midst of moving. She sold her house on the North Shore to relocate to the hum of Vancouver’s core, and instead of Grouse and Seymour’s peaks, she’s now surrounded by mountains of things to unpack. Tegan, in her cabin on Pender Island, is also dealing with household stuff: behind our Zoom call, she’s looking out the window at contractors measuring her property for a fence. They give her a thumbs-up; she waves back.

Chaos, yes. But ultimately a good kind. Tegan and Sara were to tour following the 2019 release of their memoir, High School, and its companion record—their ninth studio effort—Hey, I’m Just Like You. The pandemic pressed pause on that, of course, and they say the break hasn’t been unwelcome. They’ve been sprinting a long time, practically since winning the Garage Warz band battle in Calgary, where they grew up, in 1998. An impressive body of work spanning over 20 years followed, in a versatile trajectory moving from echoes of their Kurt Cobain–scored upbringing to perfectly crafted synth-pop, with accolades including a Governor General’s Performing Arts Award—one of the highest honours in the country—peppered along the way. 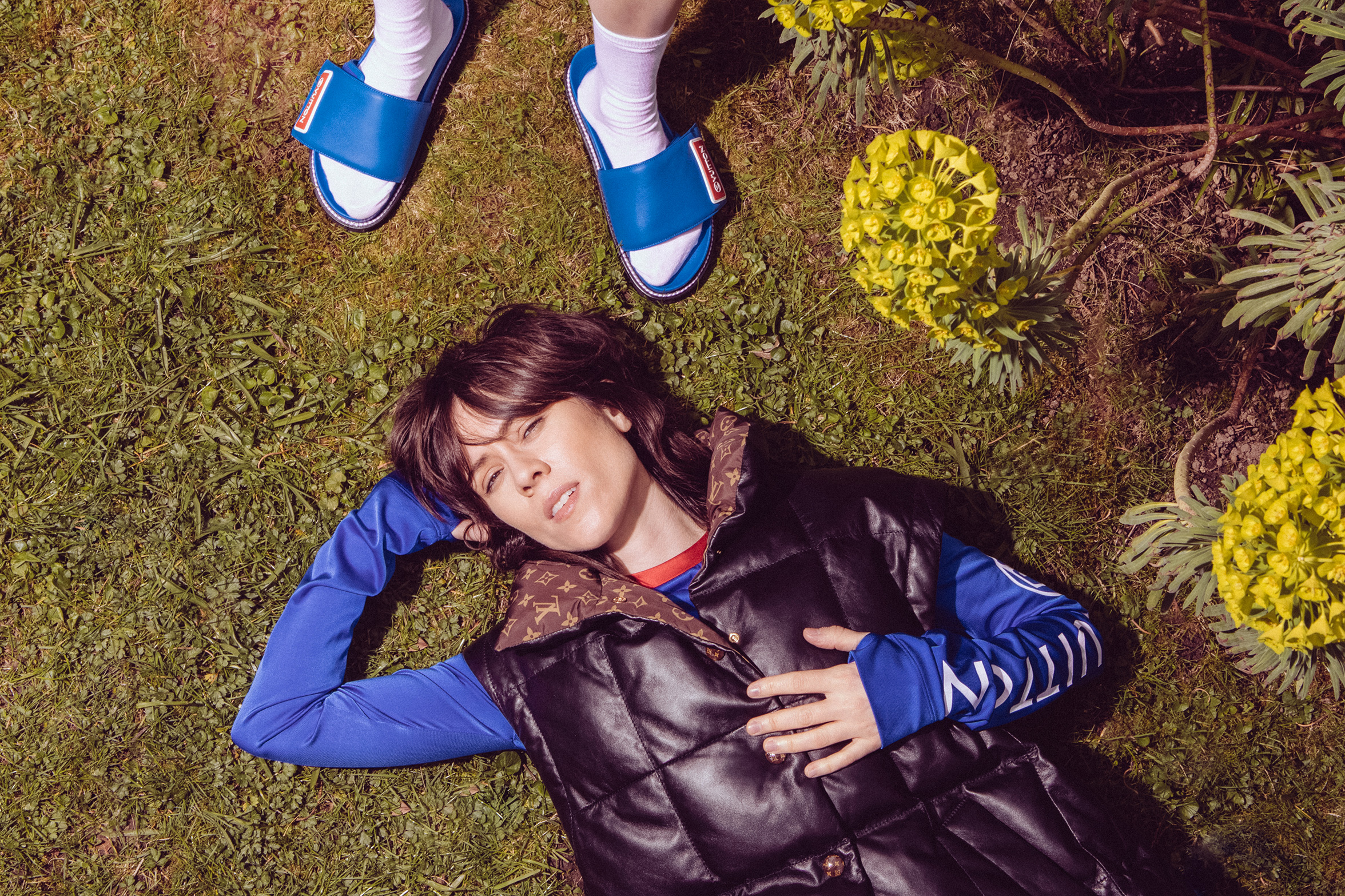 But this past year or so, they’ve been catching their breath, rooting in ways they otherwise couldn’t have. It’s allowed for reflection on where they are in their lives, on their individual journeys as women, as queer people, as siblings, as artists. To contemplate what it means to be selfish. The Quins spend a moment in debate: Tegan half-jokes that adopting a dog has destroyed the control she had over her life, the selfishness she relished. Sara, more pensive where her twin is upbeat, squints. “I think we employ the word selfish to describe ourselves as the childless and the self-focused. I’ve been thinking about this a lot, because it sort of suggests that you don’t consider other people’s feelings or concerns or whatever. We are so deeply invested in our queer community, the ecosystem around our band, our fans, our art, each other, our partners.”

Their upcoming projects take profound looks inward and outside the realm of music. They’re writing graphic novels, illustrated by cartoonist Tillie Walden. The stories, aimed at younger teens, follow the twins at age 12 as they realize they’re gay and start a band. There’s also a television adaptation of their memoir for Amazon/IMDb in the works. These are not surprising: Tegan and Sara have often ventured outside the sonic scope with web series, art books, documentaries, and more. 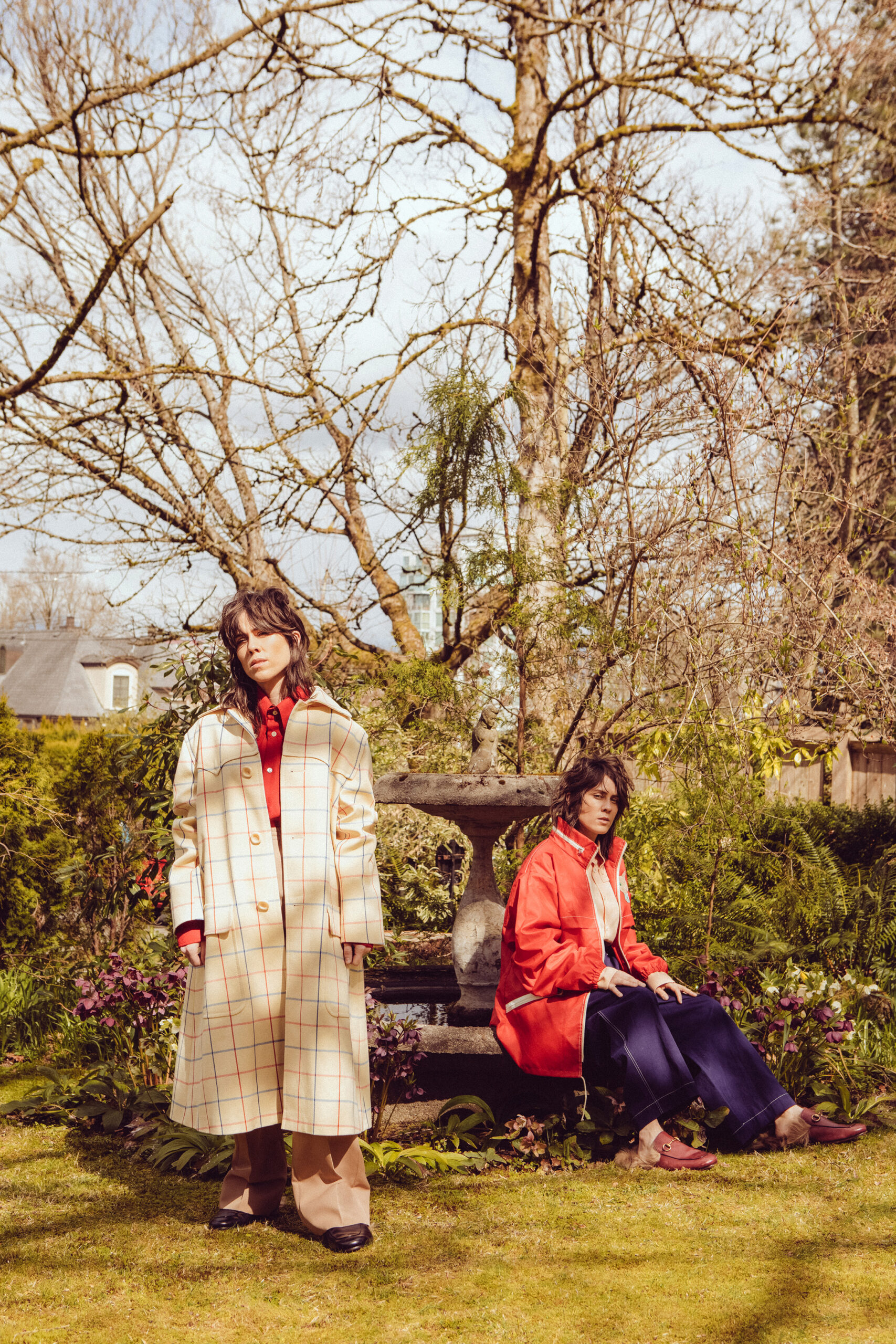 Evolving and educating yourself is part of life, Tegan says: “It’s adding more skills and more experiences that we get to pull from as artists, as people, as human beings. What matters most is we’re getting to be creative, and we get to be in charge of the creative ventures that we’re headed into.” It’s also the allure of the unknown. A podcast Sara recently listened to discussed how understanding a magic trick can sometimes make the trick better. For her, the opposite feels true. “I think I’ve lost touch with what makes playing music magical to me,” she admits. “I understand music and performance so well that it’s hard to be mesmerized by all of that. But in these other worlds, I do feel that. In my life, I’m in pursuit of inspiration. I will work tirelessly if something is inspiring and exciting. And tapping into these other artistic mediums has made me reevaluate why I don’t feel that way about music.”

Sara hopes she arrives at that feeling again, the one she had as a teenager when just stepping onstage was magic. It reverberates off the pages of High School, how music is a guiding light as the twins untangle their identities, discover their sexuality, and navigate first love. The television show is in early development: “Stories like ours in the TV world are really still such an anomaly,” Tegan notes.

“I think women are told, ‘you couldn’t figure yourself out back then, only show this version, this perfected version of you.’”

“I think women are told, ‘you couldn’t figure yourself out back then, only show this version, this perfected version of you,’” Sara adds. “I like the idea that the show would hopefully inspire people to think of themselves as ever-changing.”

Clea DuVall is the show’s producer. They’ve been collaborators and friends for years—DuVall spends Christmas with the Quins in Palm Springs—and with roles in films such as But I’m a Cheerleader, she was someone who took up space for queer women in the mainstream. Tegan smiles. It’s a “pinch-me moment” that DuVall and queer icons such as The L Word’s Leisha Hailey are their friends. “Those are people that have not just befriended us but also helped us create things and reach even more people. I am very grateful those women existed, because there were so few of them that we could see.” 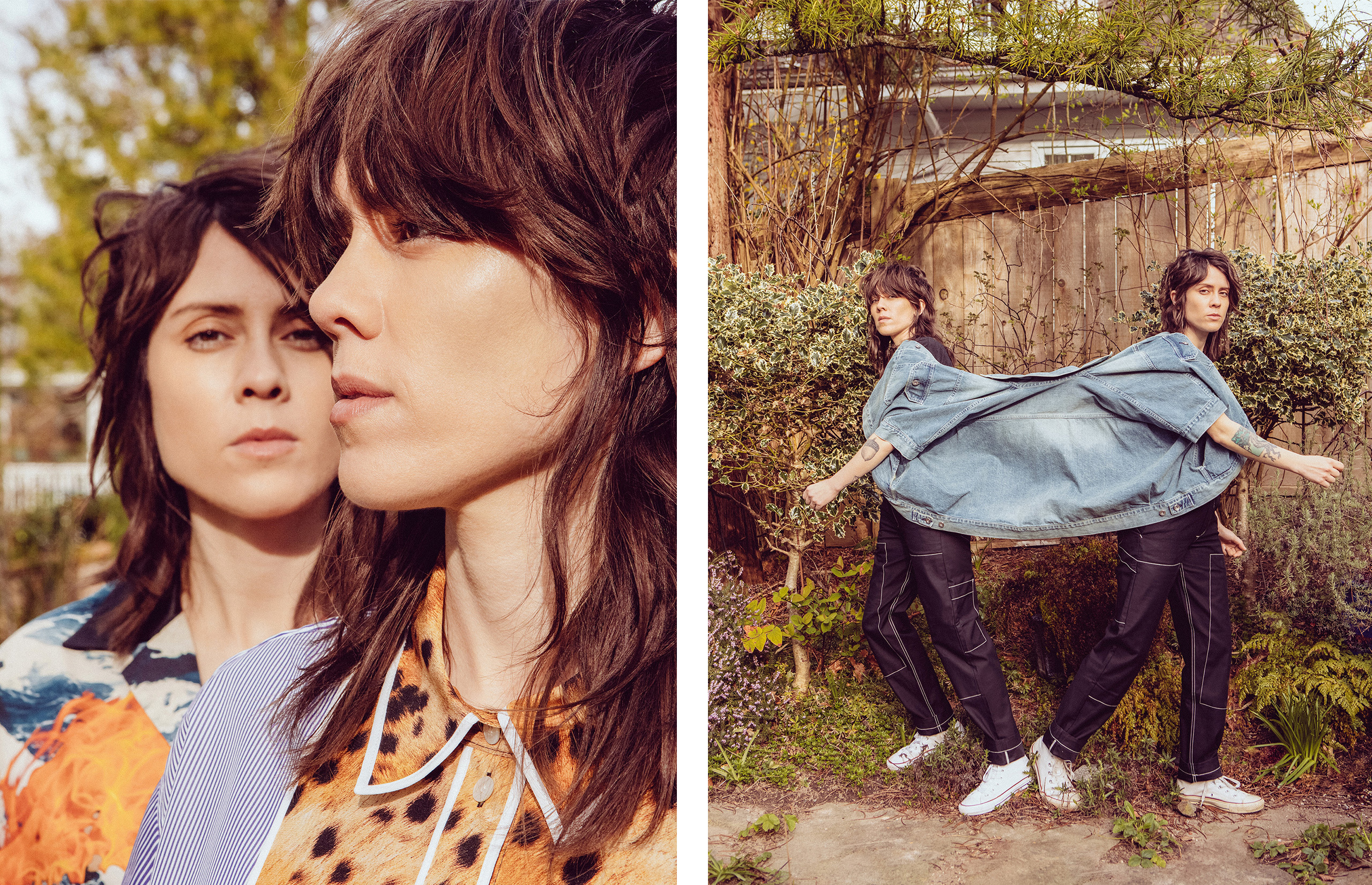 Tegan and Sara have taken up significant space themselves, of course. They’ve always been interested in politics—their mother, a social worker, took them to women’s marches as kids—and they launched the Tegan and Sara Foundation in 2016 with a commitment to empower LGBTQ+ girls and women. The sisters light up at mention of it: “It’s the same community we needed and found as young queer people,” Sara says. Over $1 million has been raised for grants through small donations and proceeds from albums and concert tickets.

Their work, powerful and purposeful, is inherently connected. Sara confirms they’re working on what’ll hopefully be their next album—the other projects, and this time and space, are helping reignite the spark. 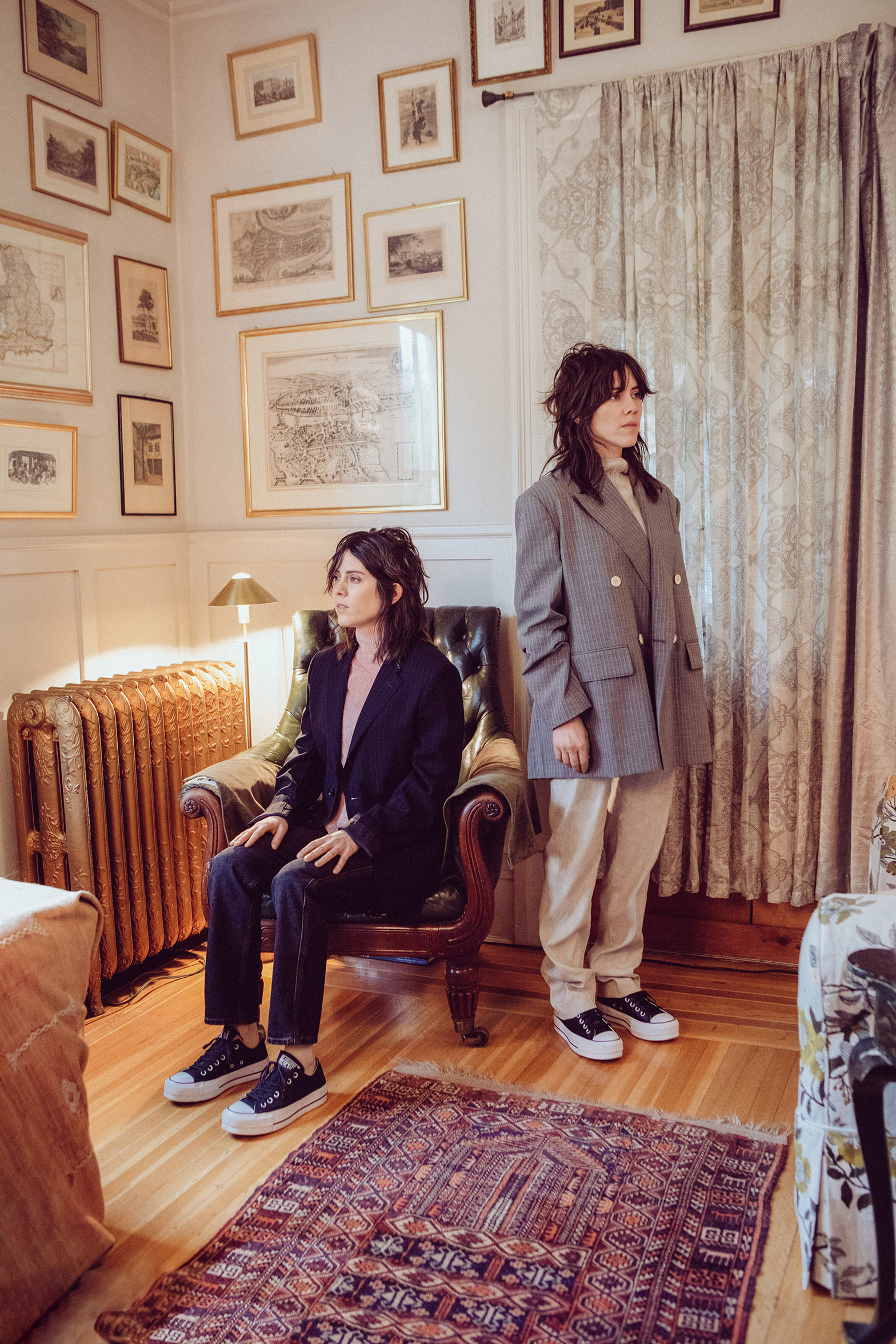 The night before, Tegan had dreamt about playing a show. She and Sara are plagued with the same issue, she laughs, which is that anytime they dream about music, it’s a disaster. “The mic doesn’t work, nobody shows up, we can’t remember the words. It’s very much an anxiety dream. And I had a dream about playing a concert, and it was so positive. It felt like such a gift. It reminded me, oh yeah, it’s really fun to be on stage. It’s really fun to do our job.”