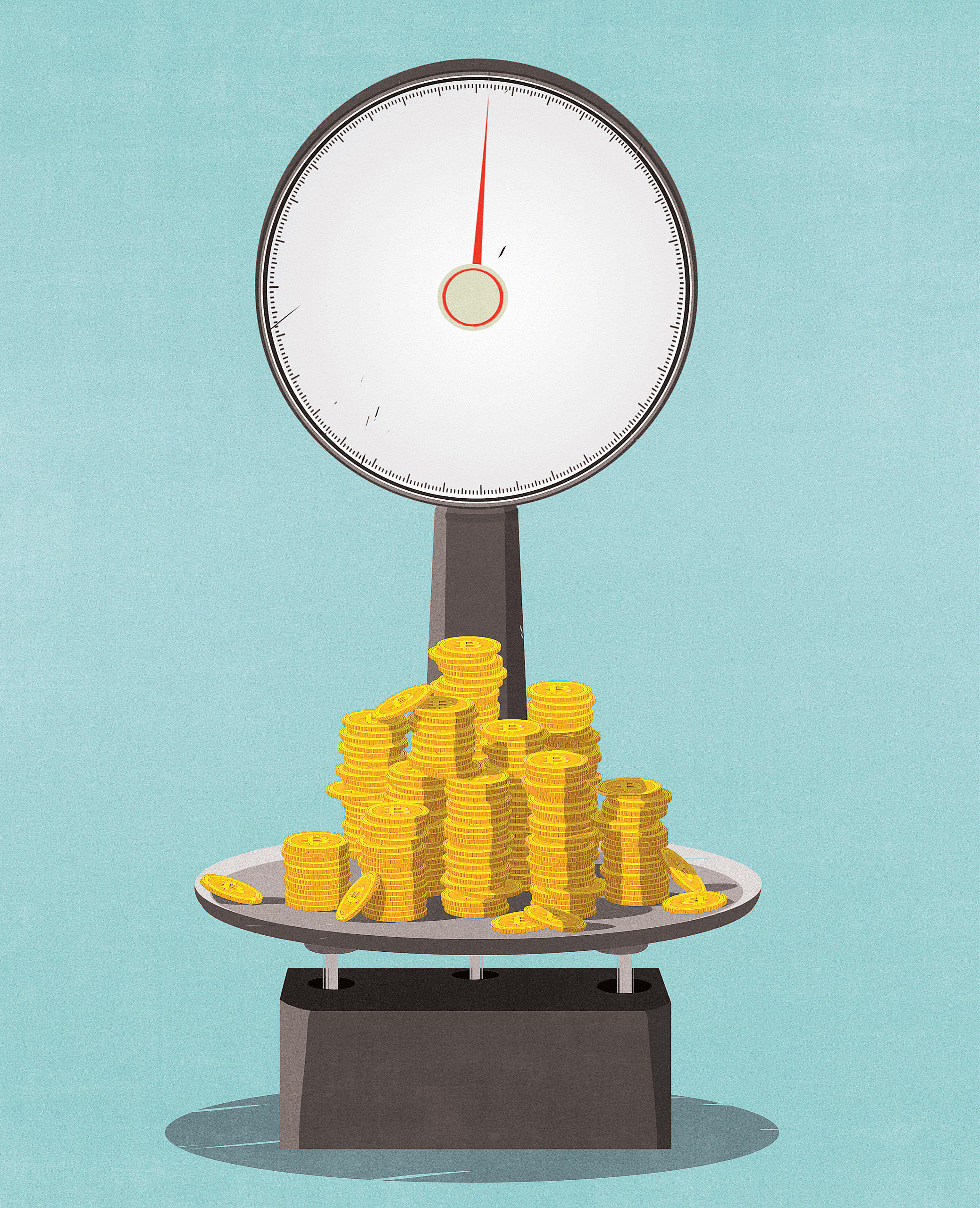 If you’re like most people, this may be the year you started paying attention to bitcoin. Perhaps it was because of Elon Musk, in the running for title of World’s Richest Person, who began touting the cryptocurrency on Twitter and accepting it as payment for his Tesla EVs.

Or maybe it was the stratospheric rise in the value of bitcoin, which topped $63,000 U.S. in mid-April—almost double what it sold for on January 1. Many who bought in early became paper millionaires overnight.

Of course, there is no actual paper. Bitcoin is a decentralized digital currency—with no central bank to back it up—and it bases its authority on a complicated peer-to-peer network of transactions, using cryptography and a public distributed ledger that—well, would take many more columns to properly explain.

The important thing is that, in the past couple of years, there’s been a big upswing in trust and support for bitcoin, far beyond Musk and Tesla. The shift is particularly pronounced in younger generations: a 2019 poll of just over 2,000 American adults found that nearly a third of millennials aged 18–34 preferred bitcoin over bonds, stocks, real estate, and gold as an investment. Eighteen per cent of millennials claimed to own some bitcoin back then, compared to only 1 per cent of those 65 and older; in 2021, the number is likely even higher.

Millennials, more than other generations, distrust authority and traditional institutions. And in this era of governments printing money to pay for pandemic relief, many millennials see bitcoin as a possible hedge against inflation. They don’t believe the stock market will deliver for them; they don’t see the point of having a financial adviser; and many are choosing to rent real estate instead of own.

Bitcoin has been around for a little over 14 years. That’s when the presumed pseudonymous Satoshi Nakamoto started writing code for it. The first bitcoin transaction took place in January 2009, and a year later, 10,000 bitcoins were used to buy two slices of pizza in Florida: the first commercial use of the cryptocurrency.

But the technology back then was less than secure, as Mitchell Demeter, the Vancouver-based president of bitcoin brokerage Netcoins, is first to admit. “Hacks were a really common thing. It wasn’t really safe to keep any digital assets on your cellphone. Anything that was touching the internet was high risk.”

Demeter is considered something of a pioneer in the cryptocurrency space, having launched the world’s first bitcoin ATM in a Vancouver coffee shop in 2013 (bitcoin ATMs allow people who have cryptocurrency accounts to purchase bitcoin or convert that digital currency into cash). As the industry has evolved, Demeter’s business has morphed into an online cryptocurrency trading platform, which can be accessed through either a web or mobile browser.

Now a crypto veteran at age 35, Demeter argues that holding and trading bitcoin has become easier and more secure in the past eight years. “We have better tools for users to secure their own assets,” he says. “Now we have hardware wallets, and very simple interfaces for users to back up their assets and secure their online accounts. None of that existed before.”

The increasing security and ease of use have been critical, but so has the endorsement of investors such as Musk, U.S. hedge-fund manager Paul Tudor Jones, and Mexican billionaire Ricardo Salinas Pliego, whose Banco Azteca is looking to accept bitcoin. “When you see these guys buying, you see banks starting to add it to the treasuries—and explaining in very articulate ways why they’re doing it—it adds more confidence for the average retail investor,” Demeter says.

The challenges for those interested in bitcoin are many, however. It’s still considered a speculative investment, with wild swings in price: after a high of over $63,000 in April, it was down to about half of that by late June. And it’s still very much influenced by random tweets from Elon Musk, who in May said Tesla would cease to accept bitcoin as payment because of the environmental impact of bitcoin mining.

For a lot of ecologically minded investors that is a valid concern. Mining is the process by which intricate computing systems produce the digital currency—and those computers consume a lot of energy. There are efforts to mitigate this, through cleaner and greener energy sources, but for countries trying to reduce their carbon emissions, bitcoin presents a problem. Even China, which produces three-quarters of the world’s bitcoin, has threatened to “crack down on bitcoin mining and trading behaviour.”

Governments and financial regulators are also looking to crack down on bitcoin—including a June announcement by the U.K. Financial Conduct Authority that Binance, the world’s largest cryptocurrency exchange network, could no longer conduct operations related to regulated financial activities without prior written consent. Many central banks are even looking at creating their own digital currencies.

Bitcoin enthusiasts like Demeter remain undeterred. “I definitely think that there will be pushback from the United States, from China, but ultimately there’s enough innovation and people around the world working on this that it might be slowed down a little bit—but it can’t be stopped.”