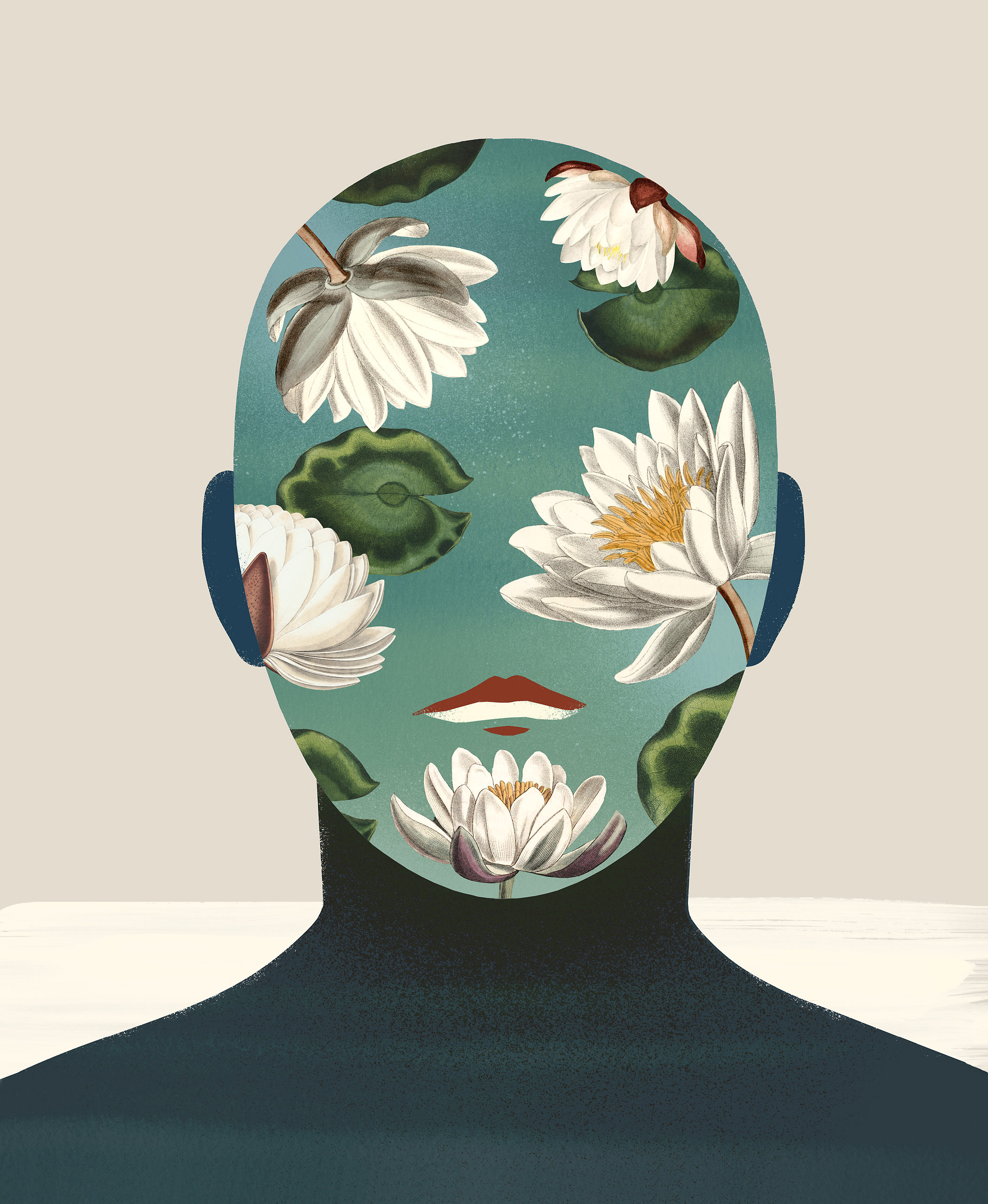 Mussels, scallop shells, and crab husks crunch under Oliver Dunn’s feet as he walks up the beach. Five red-tailed hawks weave in the morning updraft off the south slope of Snug Cove, and a flotilla of ducks bobs along the shore. Across Howe Sound, the peaks of the Lions—free of snow in the unusually hot July—hang in a haze of smoke and moisture.

“I’ll see you in an hour!” Dunn yells across the water.

“What?” Marcelo Castro is already 20 yards out, paddling toward the start line of the Around Bowen Island relay race.

“See you in an hour!” Dunn taps an imaginary watch.

Castro laughs at the joke. “Okay, sure!”

It will take much more than an hour to paddleboard the northern 18 kilometres of Bowen Island to Tunstall Bay, where he’ll tag off with Dunn—who will complete the final leg, ending at Snug Cove.

Paddleboards, kayaks, and outrigger canoes line up between the tip of the Snug Cove marina and the shoreline. A red flag flutters in the breeze and then drops. A green flag replaces it. Castro drives his long, bent paddle into the water, shooting forward at a blistering pace for a man about to paddle halfway around the island. He is racing to win.

For Dunn, the contest is another few kilometres forward in a year that almost took his life, then led him step by step to a new sense of peace and purpose. He’s often happiest on his board.

On a Saturday last September, Dunn went paddleboarding in Watsons Bay, off the South Head peninsula of Sydney Harbour. An Englishman working overseas for an animation studio, the sport was the bright spot of his life in Australia. That Saturday, he remembers having a good time. He got out of the water and walked to his car, where he sat in silence, thinking about what it would mean to go home. He thought about how paddleboarding was the only part of his life he enjoyed.

Without thinking much about what he was doing, he got out of his car and walked 300 metres east across the peninsula to the bluffs of the Gap, looking out at the endless blue horizon of the Tasman Sea and down 40 metres to the skirt of white foam gathering around the foot of the cliffs.

These cliffs are where a navy veteran named Don Ritchie, before his death in 2012, saved more than 160 lives. He would cross the road from his house on the peninsula, usually opening the conversation by asking, “Can I help you in some way?” Then he invited would-be jumpers for tea and gently talked them out of their decision. Every year, though, many jumpers are not saved, and the majority of suicides in the area die at the Gap.

But Dunn did not jump. Instead, he had a sort of vision. He thought about a friend who had recently killed herself and saw in his mind the pain and sadness spreading from the event outward like ripples. He pulled himself back from the cliff and sat for a long time, feeling as if his body were 10 times heavier.

This is my burden, and I have to bear it, he thought. He walked back to his car and drove home.

About a week before the Bowen Island race, across the mouth of Burrard Inlet at the University of British Columbia, I met a professor of nursing and a professor of psychiatry to talk about how men are doing during the pandemic. Though it was only 9 a.m., the psychiatrist, Dr. John Ogrodniczuk, had already been taking calls in his office before he came down to meet me. On the other end of the phone, a woman pleaded with him to talk to her boyfriend. Eventually, Ogrodniczuk got him on the phone.

“You don’t understand,” the man said. “Nobody understands.”

Four out of five men surveyed said their mental health had suffered because of the pandemic.

But if anyone understands how difficult the pandemic has been on men, it’s likely Ogrodniczuk and his research partner of 15 years, Dr. John Oliffe, founder of UBC’s Men’s Health Research Program. Early in the pandemic, they and other researchers at UBC studied a group of more than 400 Canadian men who had reached out to HeadsUpGuys, a men’s mental health program led by Ogrodniczuk. They were those who asked for help—not a random sample of the population—but still, Oliffe and Ogrodniczuk found the results concerning.

Four out of five men surveyed said their mental health had suffered because of the pandemic. Over 40 per cent had thought about suicide. Men who lived alone said their mental health had declined the most, but those living with a partner described increased strain on their relationships. Nearly a third of those in a relationship said they had abused their partners during COVID—mostly verbally—and nearly as many said they had suffered abuse.

Ogrodniczuk and Oliffe agree that the pandemic challenges men in distinctive ways. Sitting across from each other at an outdoor café table on University Boulevard, they pepper the beginning of their sentences with “As John was saying,” though Ogrodniczuk, from Alberta, invariably goes on to call men “guys” while Oliffe, from Australia, says “blokes.” Their years of research together have shown that in times of crisis, men often retreat into themselves, cutting themselves off from help, support, or a road to recovery.

“Self-reliance is a huge thing for guys,” Ogrodniczuk says. “There’s this part about being a guy and figuring out our own shit, whatever it is. But if they aren’t able to get themselves back on the right track, there’s a sense of failure, hence the retreat and isolation and concealment. And all of this has been exacerbated by the pandemic.”

“It’s not just the physical distancing, it’s distancing yourself from the problem,” Oliffe adds.

It’s too soon to know exactly how the pandemic will affect male loneliness, isolation, or suicidality—the statistics lag too far behind—but Ogrodniczuk and Oliffe aren’t keen to wait and find out. Even before the pandemic, men were three times more likely to commit suicide than women, and rates are even higher among gay and Indigenous men. According to the BC Coroners Service, deaths by overdose among men doubled between February and June of 2020, while rates among women stayed roughly the same. Statistics Canada recorded that men under the age of 45 in 2020 died at a rate 24 per cent higher than usual—a figure Olliffe suspects may hide a surge in suicide. All of this points, the researchers say, to a crisis in men’s mental health.

The day after he didn’t jump from the Gap, Dunn began his recovery. He downloaded a meditation app and spent three minutes—the most excruciating of his life, he remembers—sitting silently with his thoughts. He has meditated every day since. He also began reading everything he could get his hands on about depression, which is how he discovered Ogrodniczuk’s website HeadsUpGuys—one of the few mental health resources aimed uniquely at men.

Over the winter, he wrote a Facebook post about his depression, his fingers trembling as he pushed the publish button, and was soon inundated with messages—not only of sympathy but also from friends who had experienced the same thing. He suddenly realized he was not alone, and that maybe he could help.

In February, not long after his company transferred him from Sydney to Vancouver, he began to plan public fitness challenges every month to raise money for men’s mental health causes—including HeadsUpGuys. On his first day, he walked into the woods near UBC and did 50 push-ups, planting his face in a fresh blanket of snow. Next came hiking the Baden Powell Trail in March, climbing Cypress Mountain in April, mountain biking, walking the Vancouver coastline, and then paddleboarding around Bowen Island.

Masculinity has sometimes been painted as a villain during the pandemic—men too afraid of seeming fragile to wash their hands or wear a mask. But while Oliffe and Ogrodniczuk say rigid, traditional scripts of masculinity can be harmful, healthy masculinity can be a strength and an asset in times of crisis. Oliffe’s research shows many young men believe selflessness, self-sacrifice, and social engagement are core masculine values. The pandemic study found most men were keen to follow health guidelines and protect the people around them even as their mental health suffered from the loss of connection.

The problem is that the social engagement that suits many men best, Oliffe says, has dried up during the pandemic: “I think guys connect by doing, and Zoom just doesn’t have that sense of doing.”

Ogrodniczuk says the pandemic makes it all the more important for men to check in with other men about their mental health. “Guys want that intimacy in relationships just the same as women. It’s just that a lot of guys don’t know how to get it or ask for it or nurture it,” he says. “Guys need permission from other guys to have these conversations. And if you can model—it could just be alluding to something more intimate than normal—then guys will pick up on that. They’ll remember it, even if they don’t want to touch on it now. And they’ll come back to it.”

“Guys want that intimacy in relationships just the same as women. It’s just that a lot of guys don’t know how to get it or ask for it or nurture it.”

Two hours and 40 minutes after the green starting flag, Dunn’s mirage-like outline appears around the outer cliffs of Snug Cove, distantly framed by the white broadside of a ferry pulling into Horseshoe Bay. Castro struggled west against a choppy headwind and unfavourable tide, but Dunn paddled back swiftly over smooth sea. As he carries his paddleboard up the beach into the park, he tells me about the conversations he’s had with other men since he came out publicly about his depression.

Soon after he began his fitness challenges, he talked on the phone with a colleague in Australia who admitted he often sat at home watching his children play while he contemplated suicide. Another man spouted COVID conspiracies to him before breaking down crying, overcome with bottled-up anxiety. One man who hiked the Baden Powell with Dunn said it was his first activity with another human since the beginning of the pandemic.

Dunn says the greatest thing he’s gained is the ability to be comfortably alone with himself, happy in his own skin. He tries not to be overwhelmed by the people who come to him for support.

“You can’t stay in empathy too long; you have to move forward to compassion,” he says. “You have to find something you can do to help someone.”