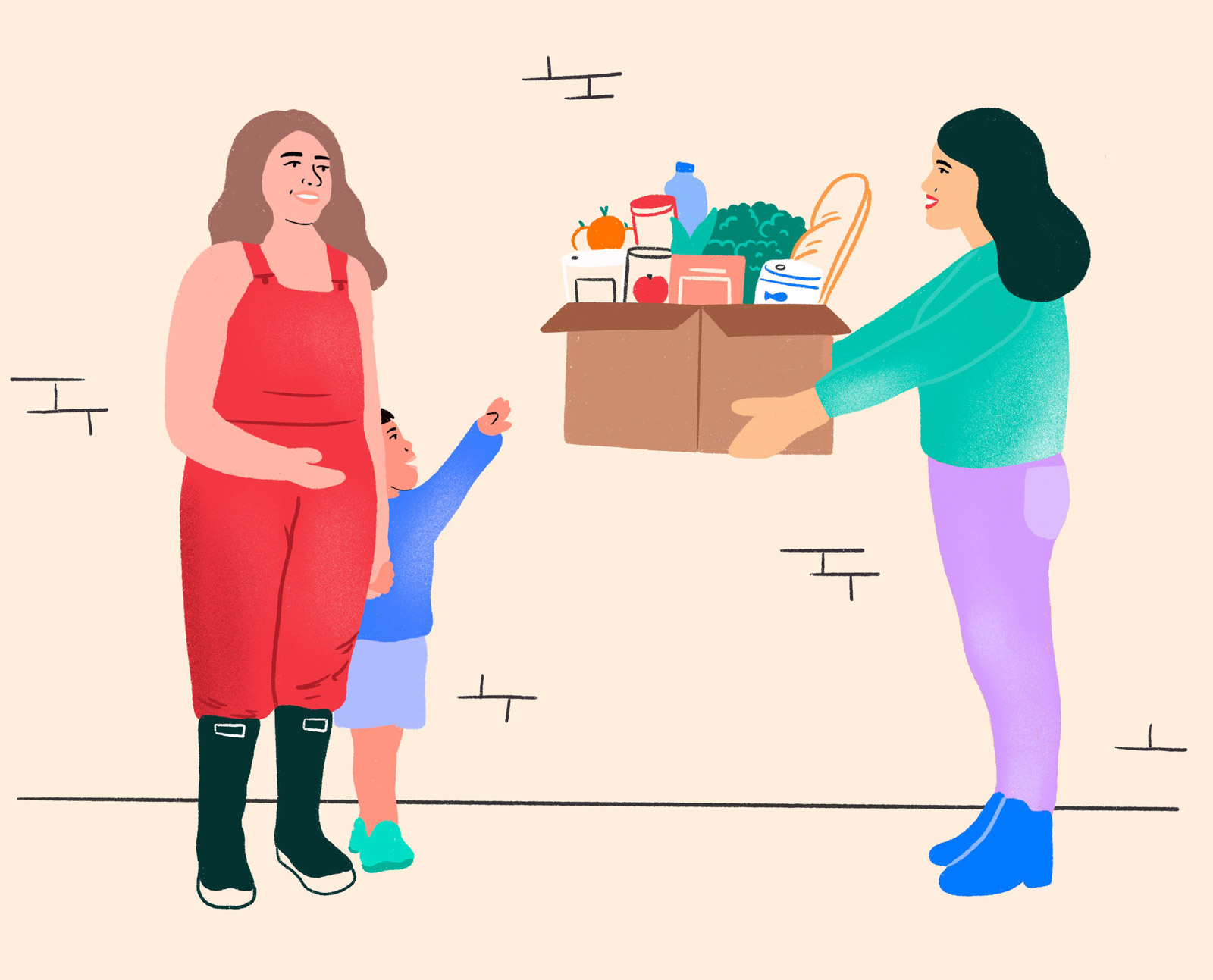 Hannah Wells takes stock of the 30 loaves of crusty bread filling the trunk of her grey Audi, then sizes up the box of blueberry and raspberry muffins leaning against them at a rakish angle. Satisfied that nothing will be squished, the 19-year-old volunteer and microbiology student at UBC eases her trunk shut, checks the app to confirm her next stop, and pulls away from the small, family-run bakery in Kerrisdale.

Twenty-two minutes later, the baked goods are dropped off at a squat cafeteria tucked against an elementary school in East Vancouver, where vulnerable children are enjoying an afternoon snack with KidSafe on their winter break. The delivery is one of several made across the city on this sunny December day, as volunteers with Vancouver Food Runners fan out to rescue perishables otherwise destined for the waste bin and divert them to people in need.

If food insecurity was already a serious problem in Vancouver prior to the pandemic, COVID-19 catapulted it to an emergency. Locally and across the country, food banks reported spikes in demand, while a Statistics Canada survey found the number of households facing food scarcity had grown from one in eight—or 1.8 million Canadian homes—in 2018 to nearly one in seven as the first wave peaked in early May.

It was this surging need that pushed Tristan Jagger to launch Food Runners here last March, even without its key piece of infrastructure. With the app that would seamlessly pair volunteers with pickups and deliveries still three months from completion, Jagger—seven months pregnant and suddenly home-schooling three kids aged under eight—began manually matching charitable organizations to bakeries, restaurants, produce suppliers, and other donors flush with items they didn’t want going to waste, then ferrying the food with help from friends and family.

“As a mum, you’re always sitting in your car. Why not pick up food that might go to waste and take it somewhere?”

“It was wild,” she says. “We just decided to go for it.” Though Jagger has always worked in nonprofit organizations, it’s generally been on the fundraising side. Running a nascent organization in a pandemic was a whole new experience. By early December, 125 donors had signed on, with more joining every few days, and 740 volunteers had registered on the Food Runners app.

“In Vancouver, there’s a steep gradient between the rich and the poor. But we all live so, so close together,” she says. “It got me thinking about how we can start figuring out a way to get food that might go to waste, or that we have lots of, to people that needed it quickly.”

She did her research, licensed and localized a food rescue app from an American nonprofit that pioneered the technology, and began reaching out to potential donors and recipients here to try and bridge the gap. “There’s always been excess food. People know that,” she says. “Restaurants throw away food, bakeries do. And they have tried in the past to match it with a charity themselves, but the reality is a lot of these charities don’t have the manpower to go and pick up that food.”

But many mothers do, she says, noting the countless hours she spends in her car racing from point A to B as she shuttles her kids from one activity to the next. “As a mum, you’re always sitting in your car. Why not pick up some food that might go to waste and take it somewhere on one of your routes?” Jagger hoped to rescue 20,000 pounds of food in Food Runners’ first year; eight months and a pandemic later, the tally was already over 200,000.

“I love Food Runners,” says Quincey Kirschner, the executive director of KidSafe, which has received regular food runs in the last year. Where 20 families might have benefited from a KidSafe food pantry prior to the pandemic, now that number often swells to 100, she notes.

“There’s a real vulnerability problem in Vancouver. There’s lots of kids who are used to being hungry, and lots of parents who are used to feeding their kids instead of themselves. It’s not unique to Vancouver, but it’s definitely a big issue in this city.”

Though it may not solve the underlying problems of poverty and hunger, she welcomes the Food Runners model of redistributing food. “I think it’s so simple and so brilliant to find ways to prevent food from being wasted and feed people.”

Back at Moore’s Bakery in Kerrisdale, Sarah Artuso is happy to share her excess muffins and loaves with KidSafe’s clients. “To hear that people less than a few kilometres away could be so happy to receive food that other people didn’t purchase, it feels really good.”

As an independent, family-run bakery (now with three generations pitching in behind the counter), Moore’s has for decades donated anything left over to a church group serving lower-income families. When the pandemic hit, Artuso began setting aside weekly donations for Food Runners, as well.

“The way it’s run is just phenomenal,” she says. “It’s just so easy. I know that they’re coming, I’m on the app—you always know: 1 o’clock on a Friday, they’re going to show up.”

Jagger hopes redistributing rather than wasting food becomes the dominant mindset in Vancouver. She’s been blown away by all the people who have stepped up in the past year, from the food donors to the volunteers to the charities themselves. “There are so many good people trying to make a difference.”

This story is from our Spring 2021 issue. As of publication to the web in March 2021, the Vancouver Food Runners’ tally of rescued food has grown to nearly 350,000 pounds. Read more Impact stories.