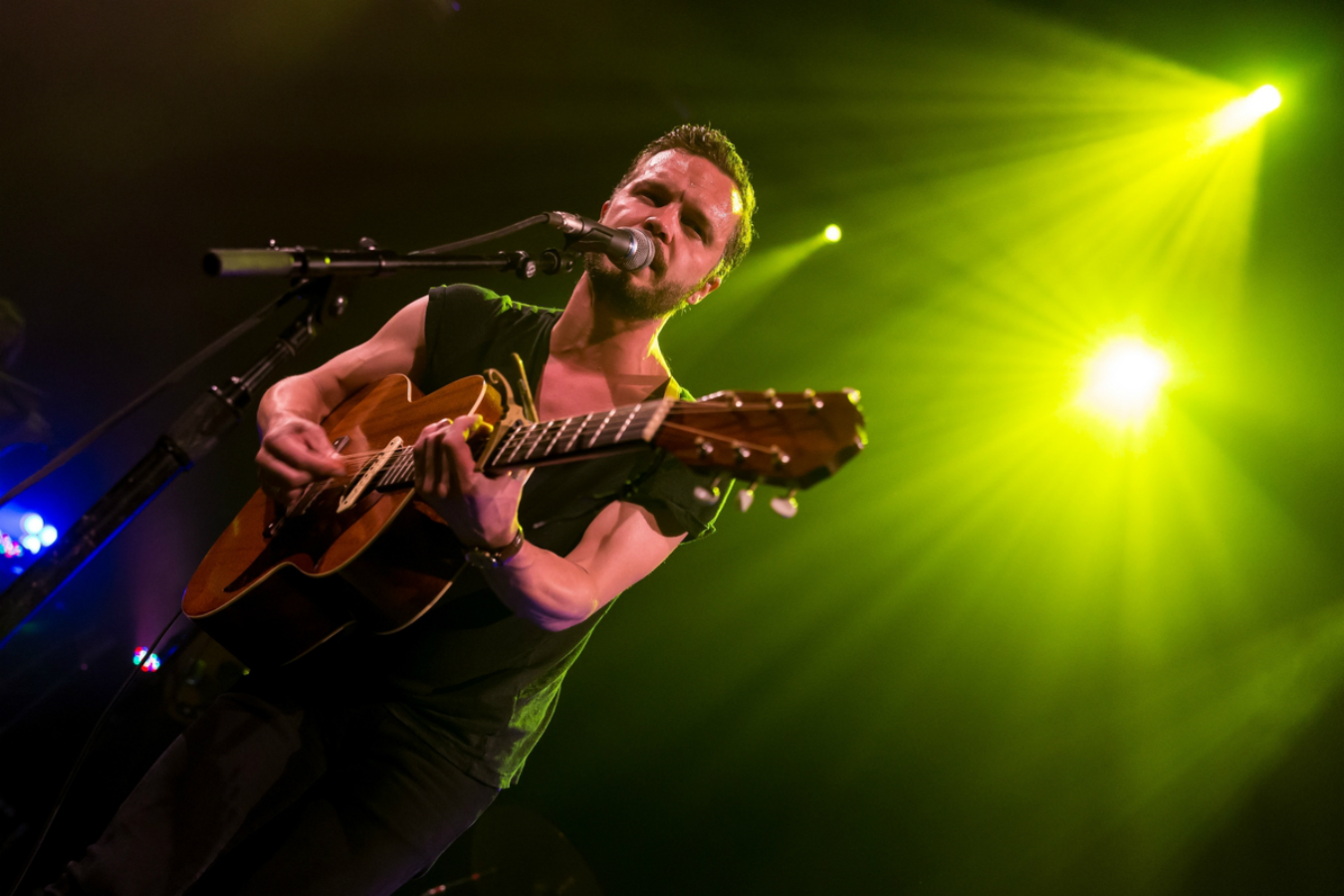 On a Saturday night in early March 2020, I crossed my city to catch French pop dazzler Christine and the Queens play a sweatbox club in East London. It was an impromptu outing for an especially bijou EP launch gig. Inside the sweltering venue, fans’ bodies were breathlessly squeezed together as we swooned over Chris: this iridescent star on a tiny stage, somehow conjuring space for a surprise guest (Caroline Polachek from Chairlift), then melting into the crush to sing her 2015 anthem “Tilted.” On the busy train home, songs still pulsed in my ears, yet I could sense an eerie note in the weekend atmosphere—news of a pandemic was creeping closer, yet the virus still seemed nebulous, somehow removed from our reality.

I would not have guessed that a couple of weeks later, the UK would enter its first lockdown, and that gig would be my last taste of live music.

I was a relatively late starter to live gigs; my parents (both Iraqi doctors) liked music, but while they raised my sister and me around Britain, they had neither the time nor money for concert excursions. My first live gig felt like a genuinely monumental coming of age; my favourite group, the Pet Shop Boys, were playing their lavish Performance tour on my 16th birthday. The venue was 200 kilometres away from home, and I was in the midst of high-school exams, but the show felt like an unmissable education, and surprisingly my folks allowed me to travel with a friend.

From that night—the theatrical vivacity, the songs I knew innately, the heady sensation of being in the same space as my heroes—the buzz of live music was in my blood. Within a couple of years, I was gravitating toward music journalism: a job that would, incredibly, allow me to school myself in endless music and gigs.

The global music business might be an “industry of dreams”; it has also proved an immediate casualty of COVID-19. Before the initial shock of the infection and mortality rates could really be processed, the closure of hospitality sector venues and the cancellation of live events represented a stark reality check: the virus was with us.

Amid the countless traumatic statistics, we recognize the loss of hundreds of thousands of jobs, billions of dollars of revenue—and a kind of sensory deprivation, too. In a crisis where health-care services are pushed to breaking point, music and culture might seem like frivolity, yet they are also vital life forces, and when live venues and clubs fade away, towns and cities lose their soul.

One of the cruellest aspects of COVID is the necessary isolation; our simplest comforts and joys—time spent with loved ones, singing and dancing en masse—are forced out of reach. There has been widespread discussion about “skin hunger,” the neurological yearning we feel when we are starved of human touch and which surely extends into our loss of live music.

Lockdown in a digital age means that many of us have instant access to vast music catalogues, yet live music creates an energy exchange unlike anything else. Within the audience, our experience is both unique and collective, and our rapport is sealed with the artist themself: we are immersed in their creative vision; they are suspended in our imagination. It is both fantastical and primal.

I have never hankered to be on stage. I have awkwardly invaded a festival stage while Nightmares on Wax were playing (trailing after a friend, who was full of trippy bombast), but I am really in my element in the crowd. What I miss most about live music is that human connection with loved ones, strangers, and idols. I miss the vastness of scale, the intimacy of detail, and the spontaneous potential, even from the most immaculately rehearsed star.

When I think of the first time I ever saw Madonna in concert, for her 2006 Confessions tour, it is not just the disco-charged set list or the glitzy props that stay with me, but the split second where the grande dame of pop culture winked at a fan clinging to the stage; I could feel their heart surge right across the 12,500-capacity arena.

When I saw Benin-born superstar Angélique Kidjo perform a couple of years back, I was struck by an electricity that could never be fully captured on a best-selling record: watching her elegantly pogo in heels while covering Talking Heads tracks or regally walking through the joyous crowds.

Since the first lockdown period, I have caught and covered various online concerts, and frequently been impressed by musicians’ ingenuity, from ambitious projects such as Dua Lipa’s Studio 2054 virtual show to warmly personal takes including Erykah Badu and Jill Scott’s Instagram “battle,” and brilliant independent collectives like the 65-strong London Video Game Orchestra, whose members have collaborated remotely on lush symphonic works.

Yet it is hard to feel truly “part” of a performance, even as you’re flooding the screen with heart emojis, and it is impossible to feel that socially distanced concerts are truly secure; these creative breakthroughs feel like a run-through, or stop-gap, until everyone can be safely together again. Most of us still don’t know exactly when that will be; I have gazed with admiration and envy at images of live events in distant places that have managed the COVID threat: concert tours in New Zealand, Taiwanese pop star Eric Chou packing arenas in Taipei.

Live music now feels like a fever dream. I fully realize how immensely lucky I have been in my life as a music obsessive, but I am not yet ready to relinquish that thrill or that all generations deserve access to live music.

An infinite mix of live music runs through my headspace, and I replay these moments constantly. When I was pregnant with my son, I crammed in as much live music as I could: classical, electronic, dub metal. His first gig, at four months, was a festival set by the mighty Grace Jones. I stood breastfeeding him and watching the show while trying not to get knocked over by two drunken women wrestling on the floor: a kind of messy real-life remix of a Grace classic, “Nipple to the Bottle.”

From the first lockdown to the ongoing latest one here, I have frequently dreamt of live music: I am gathering with friends for street festivals, cheering for favourite songs, sometimes weeping over the silent skeletons of gig venues. When I awake, I often think of one of the strangest, most sublime live music events I ever experienced in real life: an all-night performance of Max Richter’s eight-hour composition Sleep. Audience members took camp beds into the cavernous venue; I drifted in and out of consciousness, and every time I surfaced from slumber, I could hear the live musicians were reassuringly there.

I am still filled with that same sense of hope and longing for live music: the gratitude and respect for everyone within it, the defiant optimism that we will make it through the night.

This story is from our Spring 2021 issue. Read more Essays.