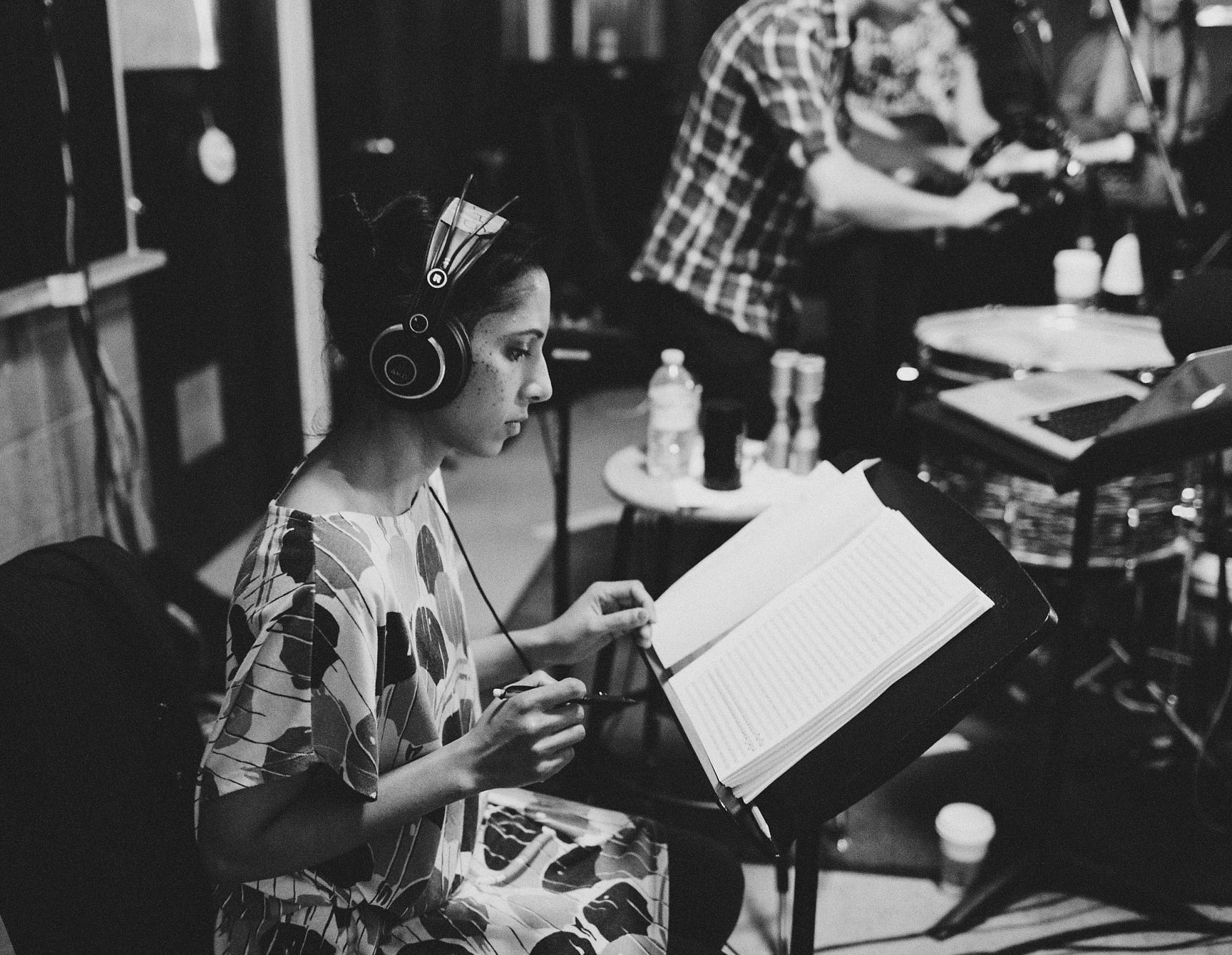 All images courtesy of Allison Seto.

Amritha Vaz is a rising star in the world of music. A multi-instrumentalist storyteller with strong emotional range, she has made a name for herself as a composer for the screen. Her credits include Disney Junior’s Mira, Royal Detective, the Emmy-nominated Apple TV+ series Home, and (500) Days of Summer (assisting Academy Award–winning composer Mychael Danna). She participated in the prestigious Sundance Institute Music and Sound Design Composer Labs in 2016 and returns to Canada this autumn as part of Vancouver International Film Festival’s Amp Music in Film Summit.

Vaz’s journey to Hollywood from her hometown of Edmonton may not have been linear, but music has been a constant in her life. Her grandfather was a Bollywood musician, and her mother passed down the tradition of music as a cultural expression. She played the violin for years, eventually developing tendonitis. For a change of pace, she travelled to India to study Indian classical music. It was transformative. “I love Western classical music, but I went to India and I saw composers who were South Asian,” she explains, speaking from her home in Eagle Rock, a community in north Los Angeles. “I realized, ‘Oh, wow, right there, composers who look like me.’ On top of that, they improvise, they create. I was learning to create music. And it blew my mind that I have potential to write music, too.”

At the time, she was following another passion—social justice—with sights set on international law. She went to South Africa and Sierra Leone, but concerned by a lack of political will to make real change, began to reassess her path. Things took a turn when a friend asked if she’d write the music for a short film. “I don’t know what came over me—I guess the cockiness of complete ignorance,” Vaz laughs. “And you need that. You need that absolute blissful naïveté, because otherwise you would never embark on something so radical as changing your career path when you’ve already invested so much time and energy into something else.” 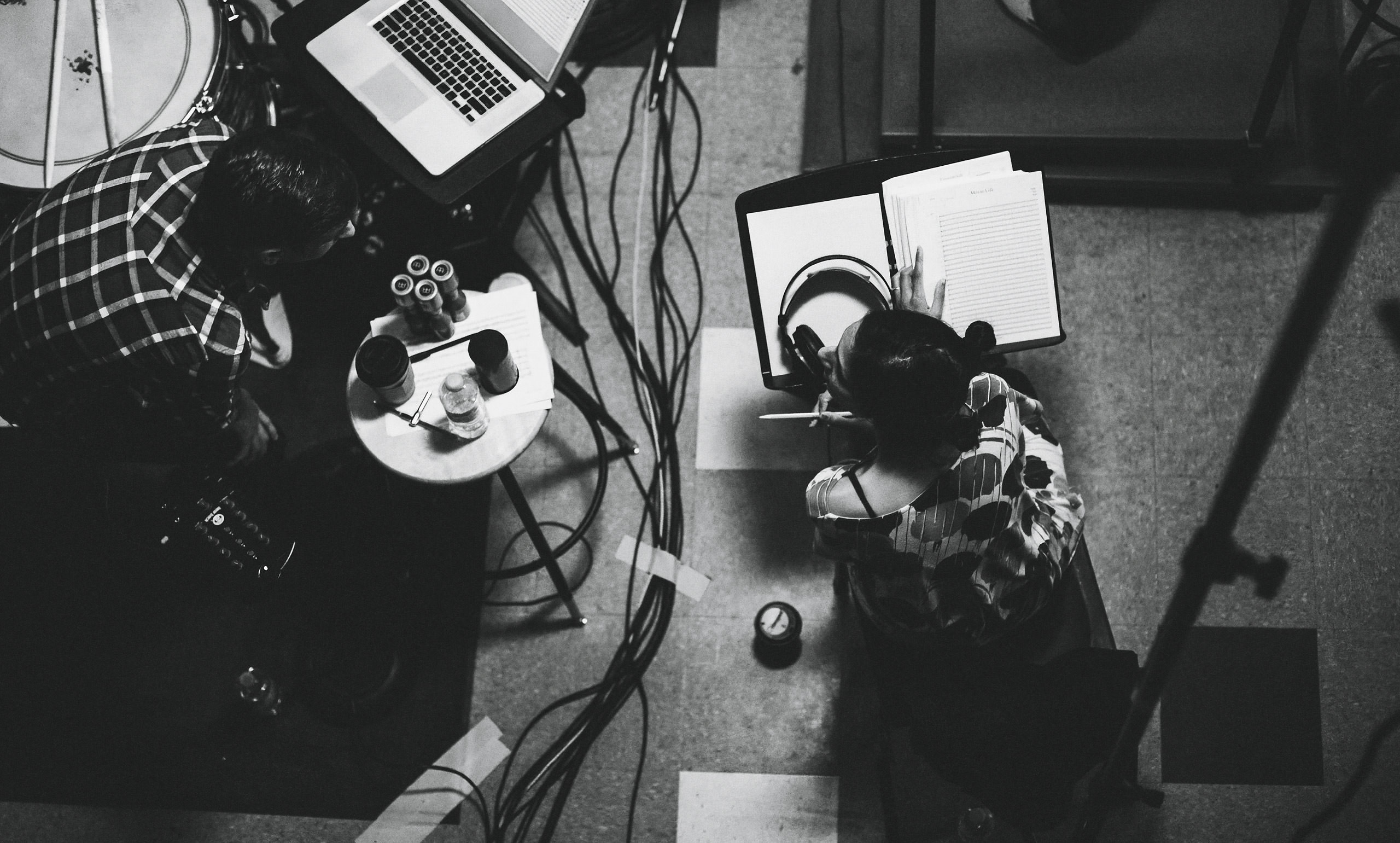 Vaz also felt she could use her art to make change. Art is powerful—what if she could be part of that kind of movement, too?

There have been challenges breaking into the industry as a woman of colour. She says she has sometimes felt she had to prove herself, write every note herself. But it doesn’t serve her to focus on obstacles. “My mom always told me, ‘If something is meant for you, no one can take it away from you.’ And I truly believe that. There is a good amount of absolute luck and opportunity that comes to you. But the hard work—the working on your craft, the resilience, the decision to keep going—is the thing that will get you forward.”

She is also more interested in what actually is working, such as the Composers Diversity Collective, an organization she helped found with nine other artists, including Michael Abels, composer for Jordan Peele’s Get Out, Us, and Nope. With a mission to increase visibility and access for underrepresented communities, the collective operates a large member database to bridge gaps between studios and artists. Vaz says she feels the tides shifting. It’s energizing. “We’re just really excited. We can certainly see the change. When we first started, nobody was really reaching out to us. And now there’s so many other organizations we’re learning about. You’re not isolated. You’re not the only ones trying. There’s so many people who are attacking it at different angles and levels.”

For herself, working on Mira has proven a revelation. Initially, she was cautious about joining a show for children featuring a South Asian protagonist. Her then-three-year-old daughter would be the show’s demographic—how culturally representative was it going to be? Like Mira, her own musical landscape features tabla, dhol, and tumbi alongside other traditional instrumentation used across South Asia’s complex cultures. If it wasn’t done right, she’d hear it from her aunties and uncles. Happily, she found herself astounded by the studio’s commitment to authenticity. 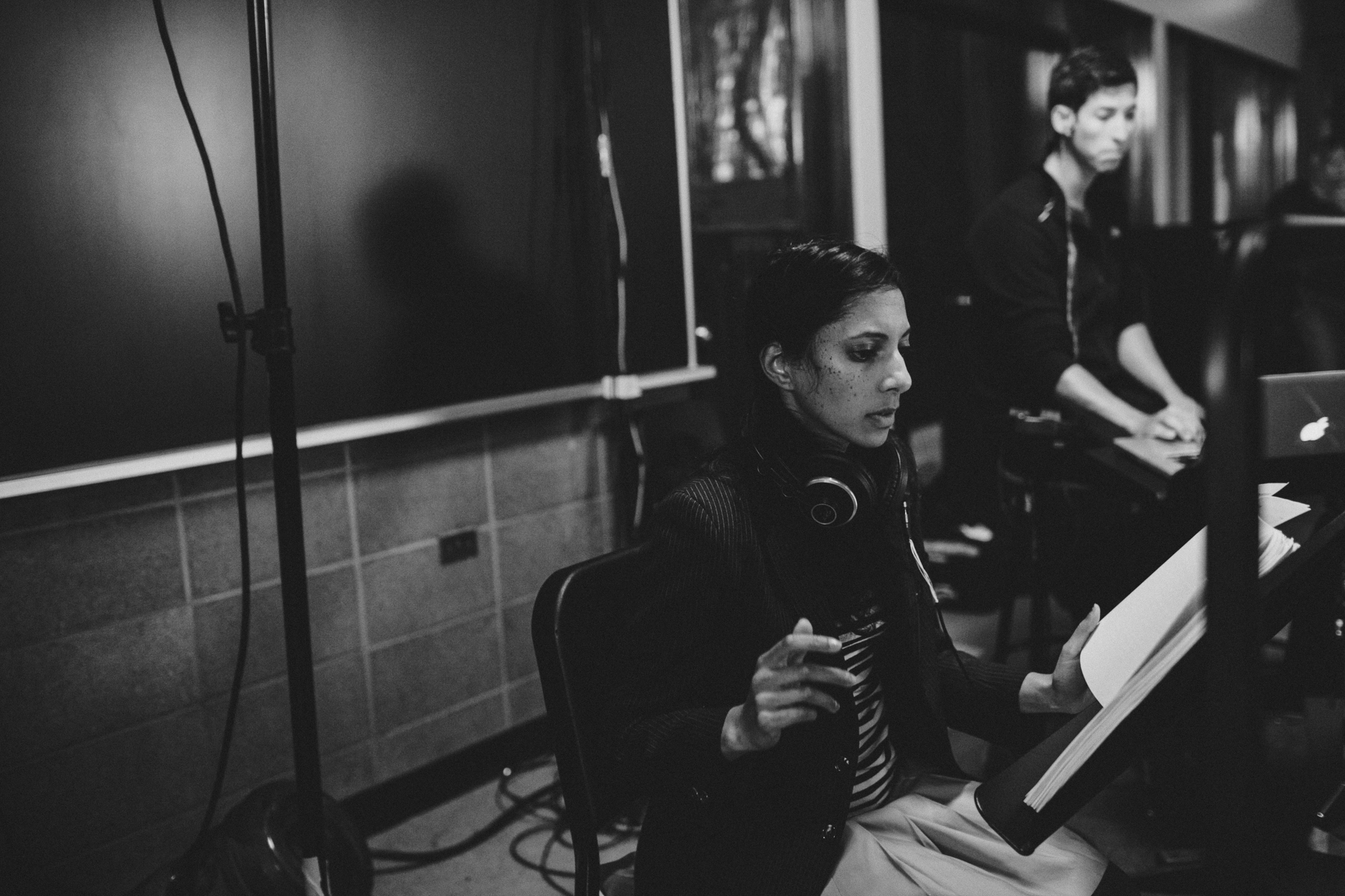 “I mean, what an incredible role model for my little girl,” Vaz says of the Mira character. “A smart, caring, empathetic, curious, and science-leaning little girl who loves her culture, loves to eat, loves to dance and sing, who is talented. I couldn’t feel more proud.”

Since her work on Mira, Vaz is thrilled to be receiving more scripts that prove the appetite for complex characters of colour and unconventional stories. “It gives me excitement because I know I can write unconventional scores,” she says.

For her, it all comes back to community. “I love collaboration. I love when you’re working with a showrunner or creator who gives you feedback that sparks something, and then you write music and it sparks something for them. I love that interaction. That connection.”